Dave Daubenmire: God Let the Vegas Shooting Occur Because Our Nation is “Wicked”

You knew this was coming. Just hours after a mass shooting in Las Vegas that left more than 50 people dead and hundreds wounded, a Christian activist is calling this God’s vengeance on the nation.

Dave Daubenmire said on his “Pass The Salt Live” webcast this morning that God could have stopped this massacre… but He didn’t. And that’s because we’re all making Him very upset.

“Maybe He doesn’t cause that guy to shoot people, but He doesn’t prevent it,” Daubenmire continued. “We used to have a sense of spiritual covering over us but it’s rapidly disappearing because, even though I stand for the Pledge of Allegiance, the American government is pretty wicked.”

We don’t know much about the alleged shooter yet, including his religious beliefs, but if the shooter were black or brown, would Daubenmire still blame the wickedness of our government? I doubt it.

Also, if Daubenmire’s God had the ability to intervene, but chose not to as punishment for any reason, it’s just more evidence for why the Christian God isn’t worthy of worship. 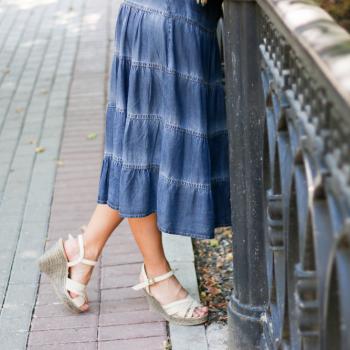