A few years ago, the Kountze High School (TX) cheerleaders won a lawsuit that said they could hold up banners with Bible verses on them to support the football team during games.

Now an appeals court has affirmed that decision, opening the door to even more religious signs, held up by student athletes, at school-sponsored events.

You may recall that the cheerleaders were actually fighting their school district in court (not some atheist group) because then-Superintendent Kevin Weldon had told them to stop with the banners. So when Judge Steve Thomas ruled in favor of the cheerleaders in 2013, he was simultaneously telling the district it couldn’t stop them from being all preachy on the football field. Thomas wrote in his decision:

One: It made no sense. How could any reasonable person see cheerleaders in school uniforms hoisting banners with Bible verses on them and not see a link between the school district and Christianity? (If there was profanity on those banners, would a reasonable person say the District had no right to put a stop to it?)

Two: The decision wasn’t very clear about what was allowed. Even if the District couldn’t stop these cheerleaders from promoting their faith-based message, what would happen if a local parent got upset over it? Could that parent sue the district for promoting religion? And would the district have to pay up if/when they lost?

The District didn’t know the answer to that question, and it worried them. That’s why their lawyers filed an appeal — in essence, continuing a battle against the district’s own students — just to settle the question of whether or not the banners were okay.

In other words, the District passed its own resolution saying they didn’t have to ban religious banners. Because that policy put the District and cheerleaders on the same side, the legal fight was essentially moot. And the whole case was soon dismissed. Just as it should’ve been.

But Christian Right groups can’t fundraise off of a case that’s no longer bring fought, so they kept this going. With the support of conservatives in the Texas government, lawyers representing the cheerleaders asked the state’s Supreme Court to relitigate this issue. And it worked. The Texas Supreme Court voted unanimously to reverse the decision to end the case.

Their argument went like this: Even if this particular case was moot, the District could still ban the banners in the future, and everyone would be right back to square one in terms of whether or not this was legal. This case needed a resolution. So they sent the case back to the Ninth Court of Appeals in Texas.

And on Thursday, the conservatives got exactly what they wanted. The Court ruled that the cheerleaders’ banners were “the pure private speech of the students” without any connection to the District. It’s an absurd conclusion since a more socially unacceptable opinion would surely be treated completely differently.

There is, once again, the option to appeal, but what’s the point? We know how this case will end in Texas. These girls were promoting Christianity while cheerleading at a school-sanctioned event, and the courts are acting like the District has no part to play in any of this.

If these weren’t Christian students — if they were Satanists or Muslims — does anyone think Texas would let this slide?

(Thanks to Brian for the link. Large portions of this article were published earlier. I have corrected the piece to say the decision came from the Ninth Court of Appeals in Texas, not the federal Ninth District Court of Appeals.) 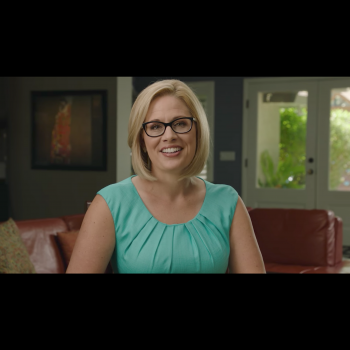 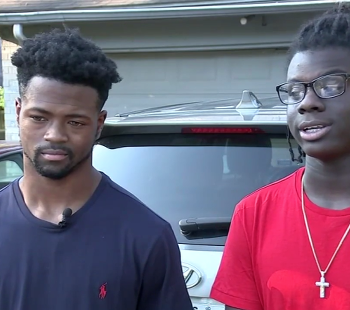