Creationist Ken Ham said this morning that humans are immortal. Our species will never die, he claimed, because we’ll live forever in Heaven or Hell.

Somewhere, a giant meteor is saying to his dinosaur-destroying friend, “Hold my drink.” 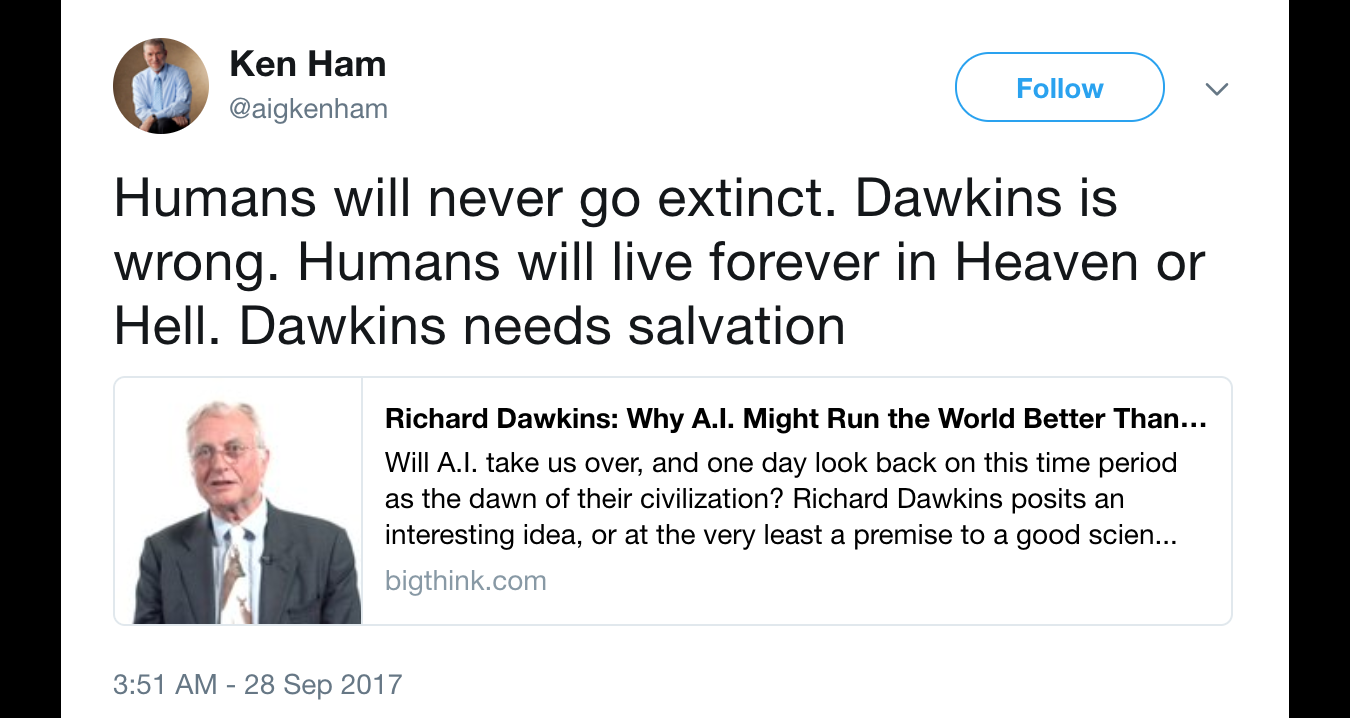 I get why Ham thinks we’ll live forever. If you think the universe was poofed into existence about 6,000 years ago, there’s reason to think we’ll always be around. We’ve been here since the start of existence; why wouldn’t we last through the end of it?

But when you realize the Earth is slightly older than that, the thinking ought to change.

Ham is perhaps blissfully unaware that 99.9% of all the species that have ever lived are no longer around — many through no fault of their own. The rest will eventually follow suit. That includes us, sooner rather than later if we don’t adapt to the changing environment. And that’s if we’re lucky. There’s a good chance a natural (or man-made) disaster will get us first. Even if we avoid all of those catastrophes, the Sun will be gone in about five billion years, and when the lights turn off, there’s no hope for anybody.

I wouldn’t worry about that existential crisis, though. Who needs to think about living forever when I’m not even sure we’ll make it through this administration? 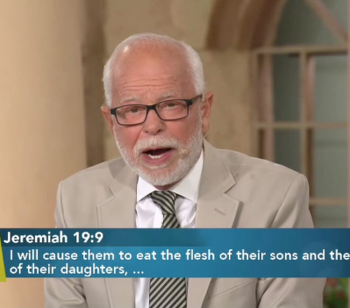 September 28, 2017
Jim Bakker: Eat My Giant Buckets of Food to Avoid Cannibalism in the End Times
Next Post