We’ve posted before about the problem of Orthodox Jewish men on planes refusing to sit next to women because they see even accidental contact as sexual in nature.

But I’ll admit I had never seen this before: It’s video of a Hasidic man trying to cover up the in-flight movie screen with a blanket as a colleague cheers him on and several people on the flight applaud the action.

Why couldn’t they cover their own eyes? Why not look away? Who the hell knows.

It’s not because it was an adult film or something. That movie was Music and Lyrics, a 2007 PG-13 film starring Hugh Grant and Drew Barrymore. If the reason for covering up that screen was so no one would have to watch a Hugh Grant film, I would understand, but the fear of something scandalous happening was hardly an issue.

Yeshiva World News, the publication that obtained the footage, says they don’t know the details of this flight — when it happened or where they were heading — but “the video speaks for itself.”

September 27, 2017
Ireland Will (Finally) Hold a Referendum on Its Absurd Blasphemy Law Next Year
Next Post 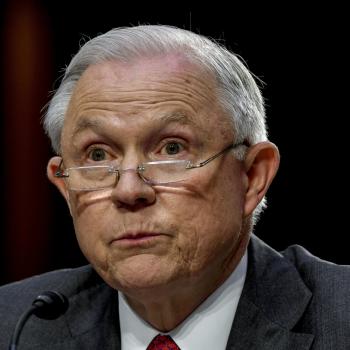