It was early 2016 when the rapper known as B.o.B. told his millions of Twitter followers that the Earth was flat. And science backed him up on that since — wait for it — you can’t see the supposed curvature of the planet from where you’re standing. 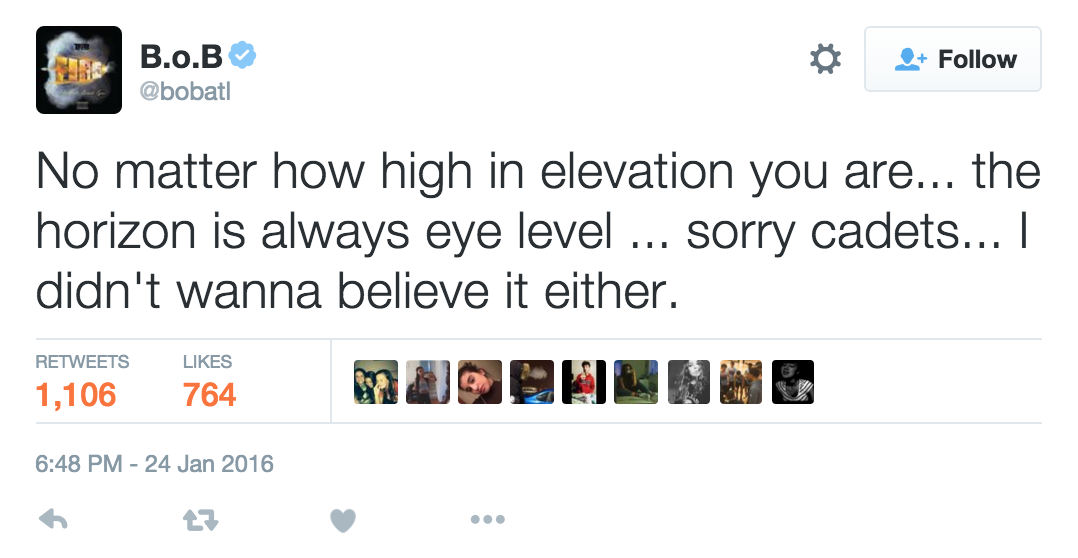 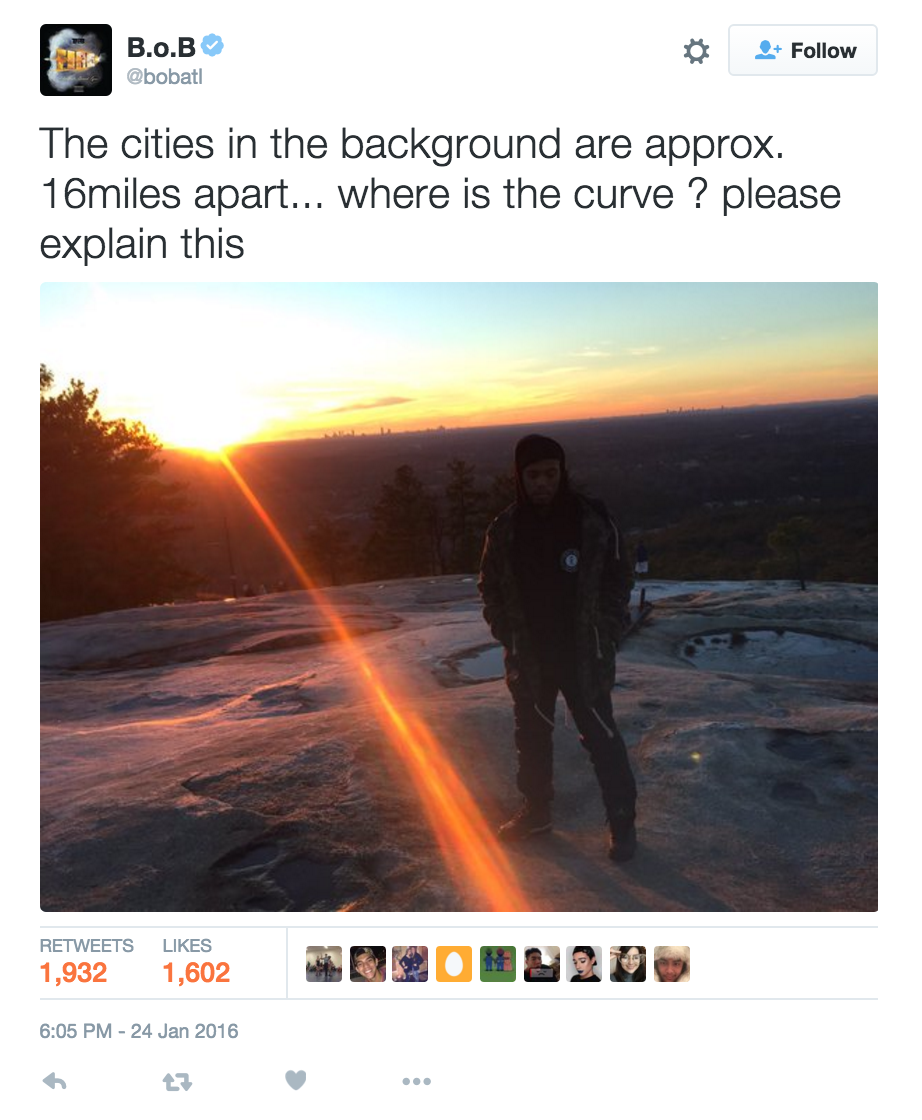 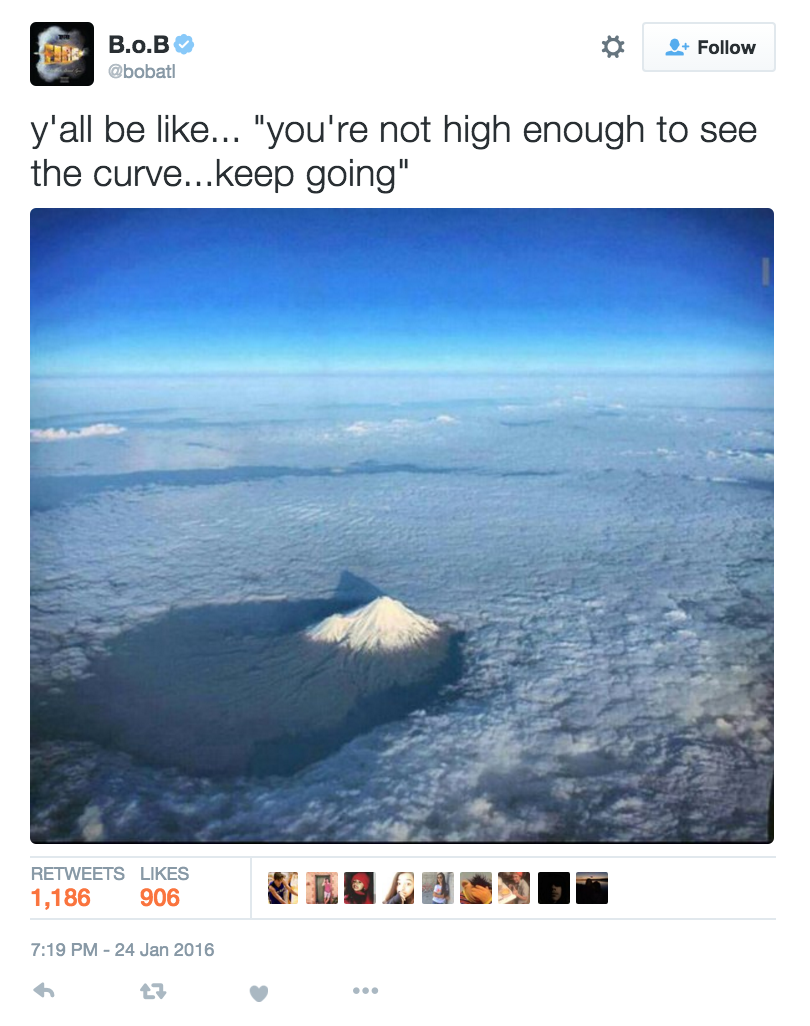 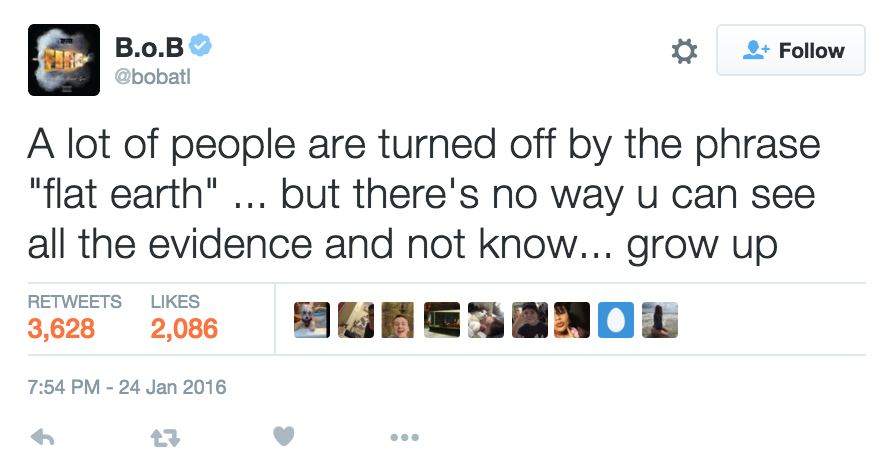 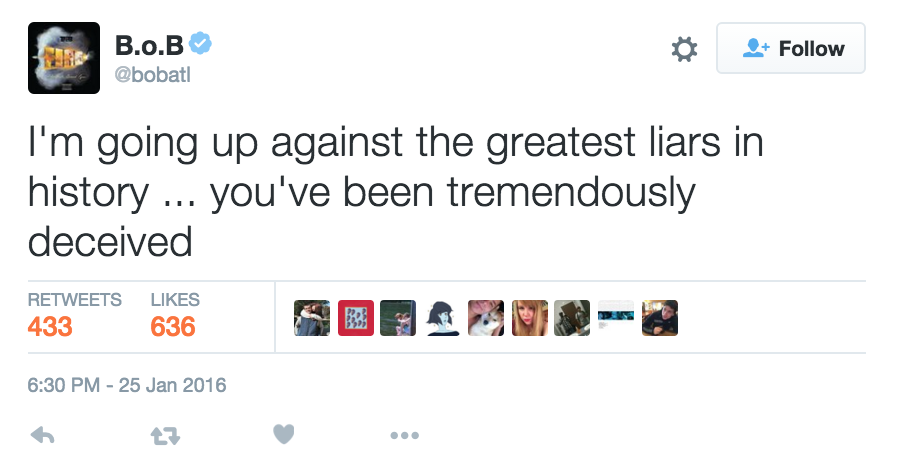 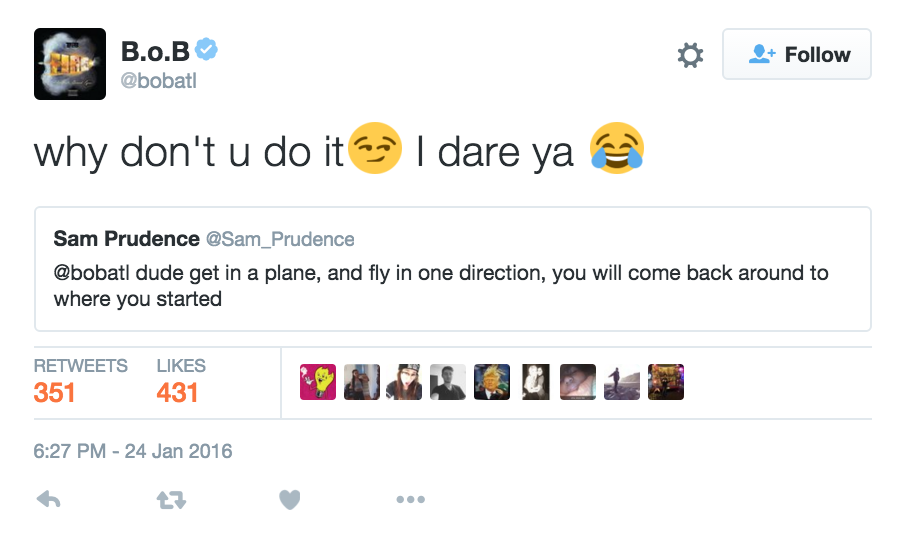 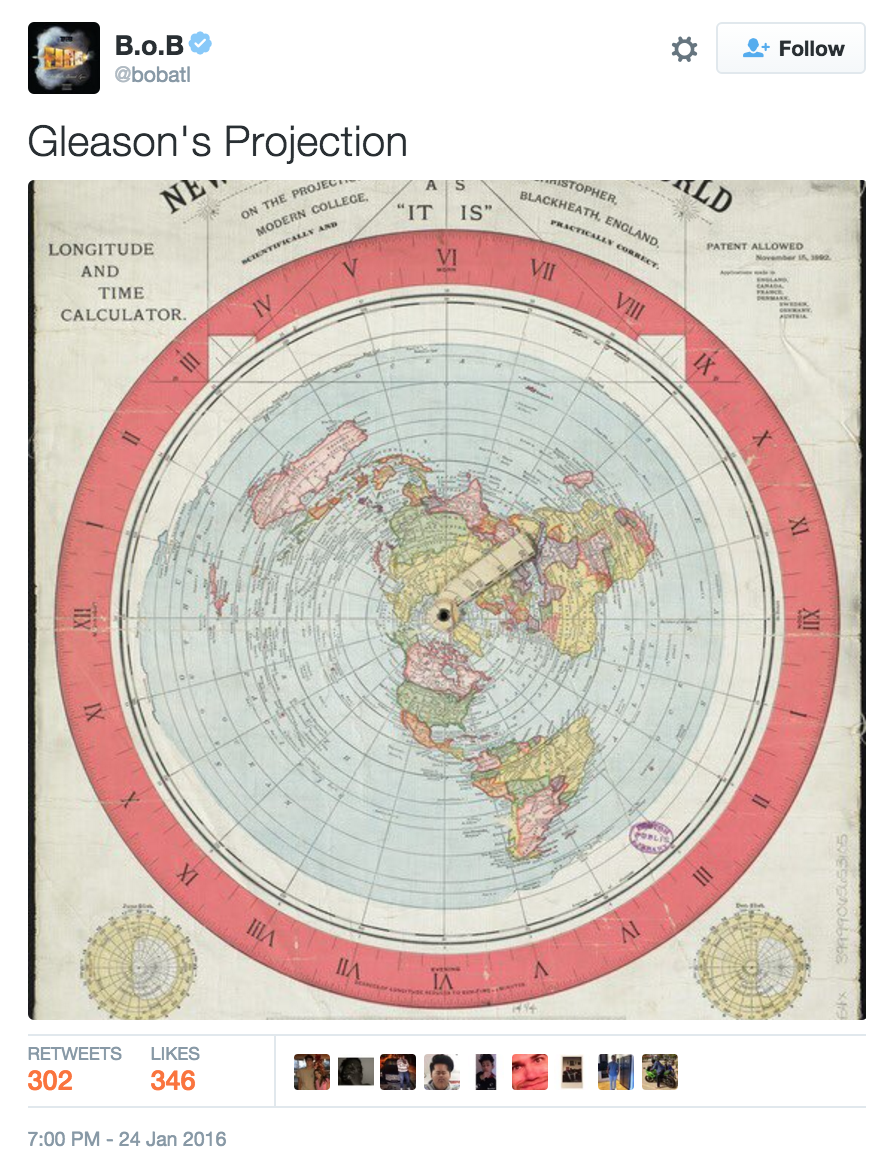 Now, he’s kicking his theory up a notch. He wants to raise $200,000 to “launch multiple satellites into space” in order to “find the curve.” 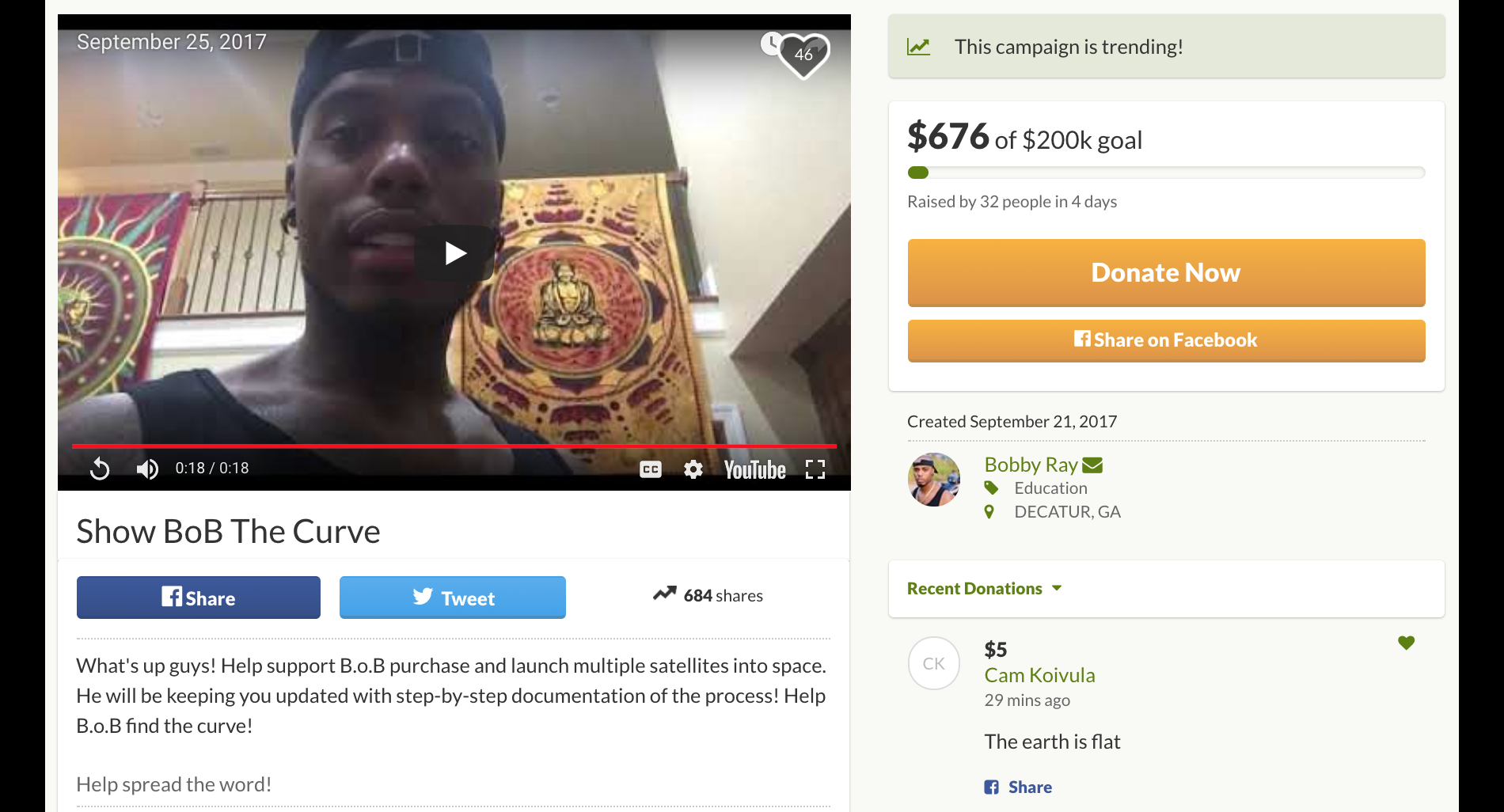 What’s up guys! Help support B.o.B purchase and launch multiple satellites into space. He will be keeping you updated with step-by-step documentation of the process! Help B.o.B find the curve!

Maybe you’re thinking, “Wait! We’ve already done that! We have pictures of the planet! They show the Earth’s curves!” But you’re wrongly assuming facts matter to this guy.

Even if he could launch satellites, how does he think they’ll stay in orbit…?

Sorry. I’m thinking through this. And thinking is the wrong approach to whatever he’s doing.

His irrationality hasn’t stopped nearly three dozen people from donating $676 (so far) toward his project, though some of them, based on their comments, are chipping in only to see how far he’ll take this, not because they think this will advance our knowledge of the universe.

Gizmodo’s Tom McKay points out that we already have 1,459 satellites in orbit. That’s in addition to all the previous ones that have taken plenty of pictures already. Beyond that, McKay adds, B.o.B. has raised enough money already to build his own low-tech satellites.

Hell, if he just sells off whatever video camera he used for his GoFundMe campaign, he’d be set for life.

Though I would think a rapper with a few hit songs to his credit would at least be able to afford a trip to the local library, where he could find dozens of (free) books highlighting how we know the world isn’t flat.

But I’m going to guess no amount of information will ever satisfy a man committed to a conspiracy theory. 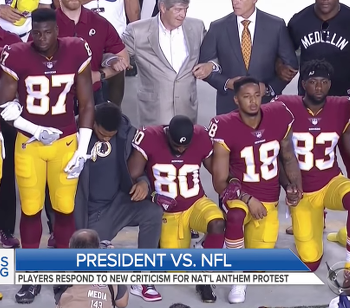 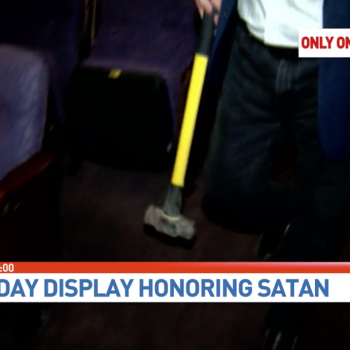