A Florida Pastor Bragged on TV About His Plans To Vandalize a Satanic Display September 26, 2017 Hemant Mehta

After considering banning all religious displays (which would’ve been fine), then suggesting only a handful of pre-approved religious displays could go up in order to block the Satanist (a discrimination lawsuit waiting to happen), the city council decided it would allow a free-for-all once again this winter.

Smith has already submitted the application for this winter:

A giant metal pentagram, weighing 300 pounds, with the captions: “In Satan We Trust,” “One Nation under Antichrist” and “May the Children Hail Satan.” Smith refers to himself as an Atheistic Satanist in the application he submitted to the city.

That display will also include a Bill of Rights “Nativity scene” from the Freedom From Religion Foundation.

But now, a local pastor, Mark Boykin of Church of All Nations, has already told a local news channel that he plans to vandalize the Satanic display as soon as it goes up. 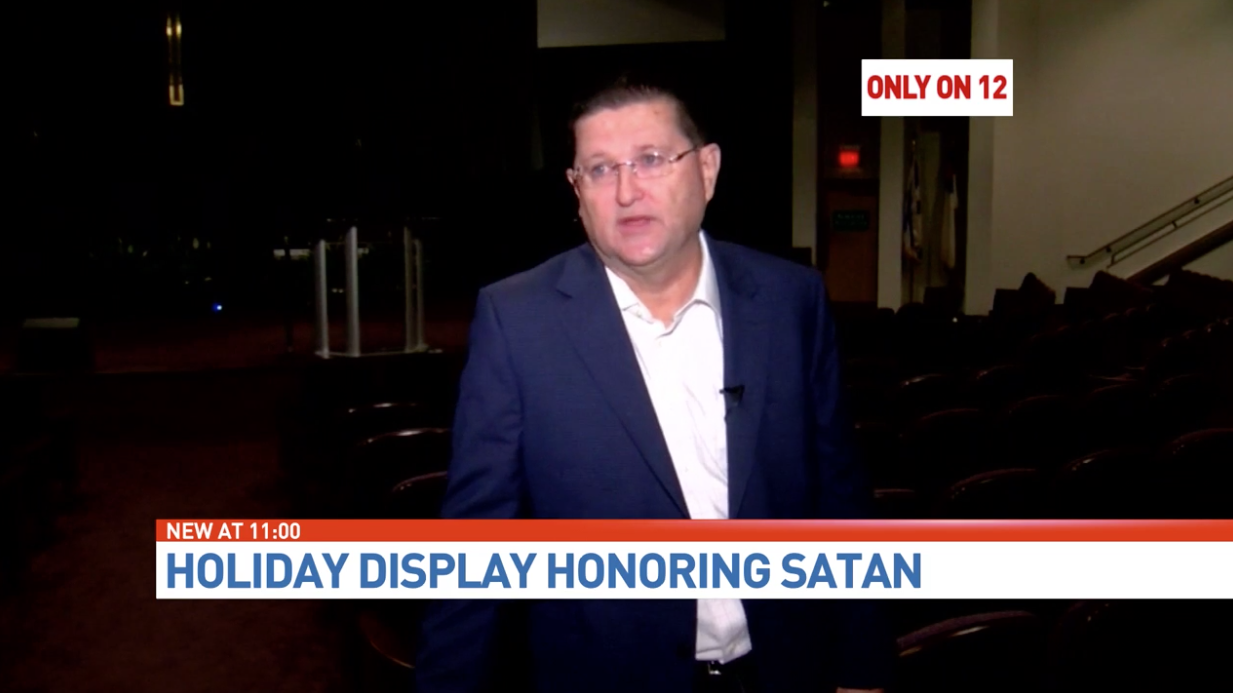 And just to prove he’s not all talk, he literally brought out the sledgehammer he plans to use. 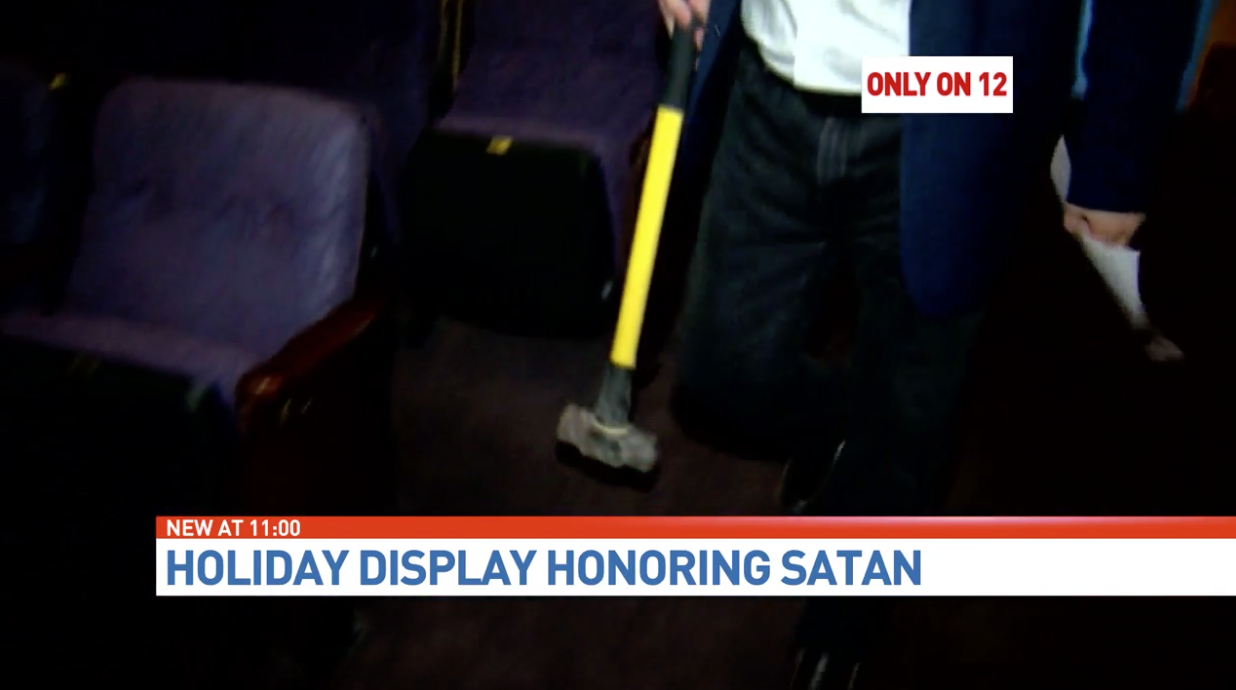 Pastor Boykin showed us a sledgehammer that he says he’ll use to knock down the pentagram.

“It’s evil, it’s the essence of evil. I will take the responsibility for taking the sledgehammer and knocking it down,” Pastor Boykin said.

We have a pastor, with a weapon, telling TV cameras that he will destroy the completely legal Satanic monument… and the segment just moves on from that as if his threat is perfectly reasonable. (Smith’s application, seen in the news segment, says the cost of replacing his destroyed display would be around $4,000.)

Imagine if an atheist on YouTube, much less the local news, talking about throwing rocks at a Nativity scene because it promotes mythology. Think about how much coverage that would generate in conservative media. But Boykin? He’s so comfortable in his Christian privilege that he can brag about infringing upon someone else’s religious rights knowing full well people aren’t going to come after him.

This isn’t just unacceptable; it’s his confession before the crime. Last year, the Satanic display was vandalized multiple times.

If it gets so much as a scratch this year when it goes up on December 1, we’ll know exactly who to blame. The only questions are whether Boykin will have to pay for the cost of destruction and whether he’ll be punished in any meaningful way for his faith-based criminal actions.

This is seriously appalling. HOW IS THIS OKAY?! How can a pastor openly express his intentions of destroying someone else’s religious display and just get away with it without any consequences?!

(Thanks to Bruce for the link. Portions of this article were posted earlier) 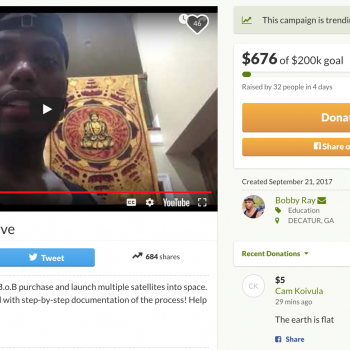 September 26, 2017 Controversial Singaporean Atheist Amos Yee Has Been Granted Asylum in the U.S.
Browse Our Archives
What Are Your Thoughts?leave a comment