Franklin Graham on NFL Controversy: We Should All Take a Knee… “in PRAYER” September 24, 2017 Hemant Mehta

Franklin Graham on NFL Controversy: We Should All Take a Knee… “in PRAYER”

Leave it to an evangelist to take a very serious, very controversial issue and try to make it all about him.

While there’s been a lot of discussion over the past 24 hours of NFL players taking a knee during the national anthem, inspired by Donald Trump encouraging an NFL boycott and saying that protesting players should be fired for their gesture against systemic racism, Franklin Graham offered his own perspective this morning.

He didn’t back the players. Or Trump. Rather, he wants everyone to take a knee… for Jesus. 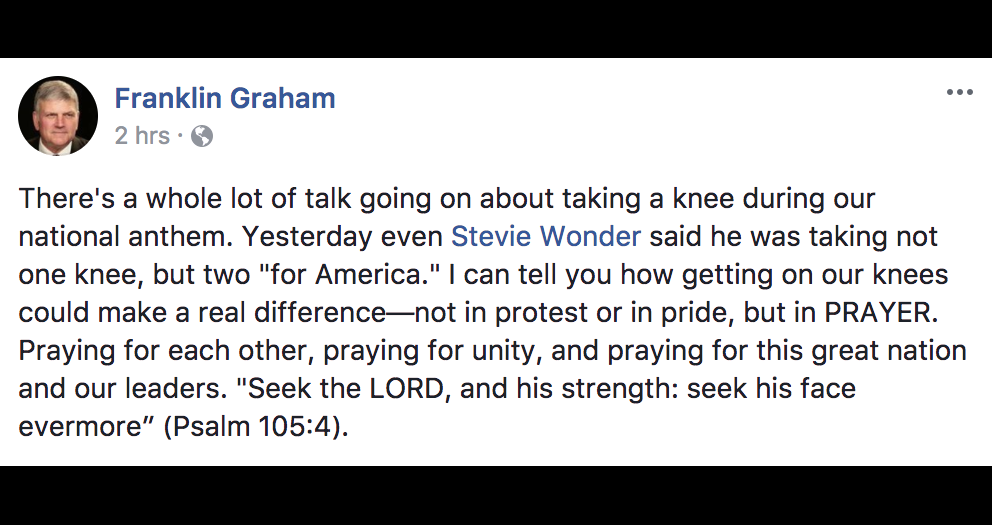 … I can tell you how getting on our knees could make a real difference — not in protest or in pride, but in PRAYER.

Way to take a courageous stance there…

Graham wants us to fear God’s wrath, but he wouldn’t dream of taking a stance that invokes Trump’s condemnation.

And if you’re looking to make a difference, prayer is the one thing that’s guaranteed not to have any effect whatsoever. I would hope that Christians, who constantly whine about being persecuted even when they aren’t, could empathize with athletes protesting actual persecution. Sidestepping the issue to shill to promote the product you’re selling is pathetic. 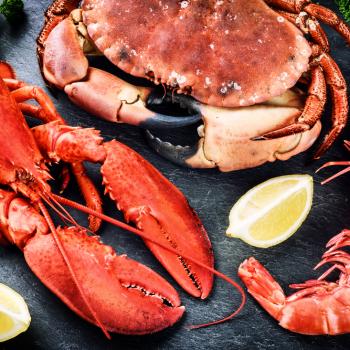 September 24, 2017
Two Buddhists, Wanting to Set Animals Free, May Have Destroyed an Ecosystem
Next Post 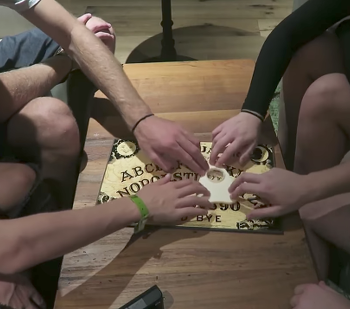 September 24, 2017 The Magic of Ouija Boards (Debunked)
Browse Our Archives
What Are Your Thoughts?leave a comment