Loud-mouthed Christian evangelist Joshua Feuerstein wants you to know he has scientific proof Jesus is coming back soon. And it involves earthquakes.

His proof is that the Bible says we’ll see more earthquakes before Jesus comes, and lo and behold, there are a lot of earthquakes happening now!

… Do you realize that the Bible says in Matthew and in Daniel that, in the Last Days, while we may not know the day nor the hour, it does tell us that we will know the TIMES that Jesus is coming back, and one of the signs we’re supposed to look for is an increasing number of earthquakes!…

… the Earth is beginning to groan, for it’s the return of its Creator.

That’s reading one paragraph of a Wikipedia article and thinking you’re an expert.

No credible science paper ever began, “The Bible says…”

Here’s a list of the number of earthquakes worldwide over the past couple of decades. We’re not seeing more earthquakes today. We’re just noticing them right now because they’re affecting populated areas. (Also interesting: There were four 8.0 or higher-magnitude earthquakes in 2007 — two more than any other year on the list — yet that year also had among the fewest estimated earthquake-related deaths.)

On average, there are a staggering 1.4 million small earthquakes every year. In that same period, we typically see about 15 quakes that hit magnitude 7 and one that approaches magnitude 8 annually or every two years. And, because Mexico sits atop seismically active earth, its chances of experiencing events like these is higher.

Feuerstein never explains why all the earthquakes in previous years failed to anticipate God’s arrival. Or why the famines that happened around the world in the past didn’t result in Jesus returning either. 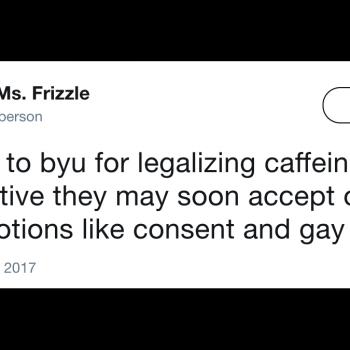 September 22, 2017
Here Are the Best Reactions to BYU Finally Selling Caffeinated Soda on Campus
Next Post 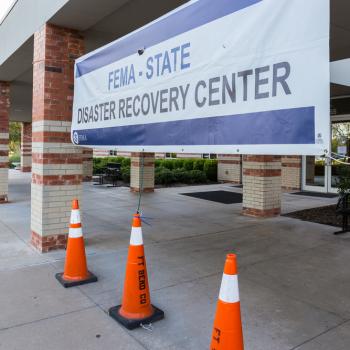