Dan Fisher, a former Republican member of the Oklahoma House, is now running for governor of the state, and a recent campaign video has him promoting his anti-abortion beliefs. That’s not out of the ordinary for a Republican. What’s strange is that he advocates ignoring any court ruling that permits abortion.

“If elected, I will do everything in my power to bring this evil to an end and take executive action to ensure that all Oklahomans are equally protected, including the preborn,” the former Oklahoma state representative said in a video posted to his campaign’s YouTube page last week. “I will disregard any unjust rulings or perversions of the U.S. Constitution that claim that there is a right to murder preborn human beings in the womb.”

Fisher said in the video that anti-choice laws passed by Republican lawmakers “really only spell out the requirements for killing a preborn baby,” suggesting that they don’t go far enough. “Every one of these pro-life laws affirm abortion as legal, treat it as an acceptable choice, and seek to regulate the practice. If you think about it, these laws are basically pro-choice.”

You might think he can’t do that since the Supreme Court has already ruled that abortions are legal, but Fisher says that doesn’t matter. The Court has been wrong before — like when they upheld slavery in Dred Scott — therefore their rulings don’t matter.

He’s basically saying one of our three branches of government has no authority whatsoever if they don’t rule in a way that aligns with his beliefs.

But what he doesn’t say is how any of that would work. Oklahoma already has some of the strictest rules — unnecessary obstacles — when it comes to women obtaining the procedure. Even if he could shut down those remaining few clinics, he isn’t going to stop abortion. He’s just going to force women to obtain them in unsafe ways. Rape victims will be forced to give birth against their will because Fisher wants the women to suffer.

When he says in the video, he’s “running to abolish it,” he even uses this picture: 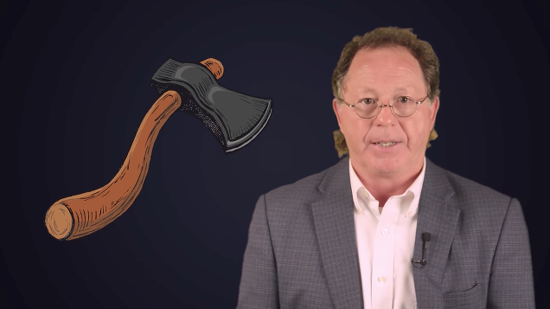 The violence metaphor couldn’t be more apt. Hell, he should’ve replaced the axe with a coat hanger since that’s what he’s going for anyway.

Rewire notes that Fisher has a history of trying to punish women for taking control over their own bodies.

During his two terms as a state representative for District 60, Fisher introduced several anti-choice measures including attempts to prohibit certain types of research on human embryos. Eliminating legal abortion in Oklahoma is the first issue listed on Fisher’s campaign website, which includes a call to “turn Oklahoma into the first Abortion-Free-State.”

In a video posted online in July that depicts an appearance at an Oklahoma Conservative Political Action Committee (OCPAC) event, Fisher named abolishing abortion as one of the “four main planks” of his platform. In that same speech, he compared being a “pro-life Republican” in office without acting to end legal abortion to “liv[ing] in a community next to one of the concentration camps in 1944 Germany” and passing laws regulating the camps instead of ending them.

Fisher is one of several GOP candidates hoping to win the primary next June. If Oklahomans have any decency, they’ll realize he’s way too extreme to be running the state.

By the way, it won’t surprise you that Fisher, whose cruelty against women knows no bounds, is an evangelical Christian who I can only assume cosplays as a pastor… or something… every week:

His Christianity makes all kinds of appearances on his campaign website. It’s not surprising since I wouldn’t expect him to become governor on the basis of his ideas. He’s banking on Oklahoma evangelicals shutting off their brains and just voting for one of their own. And telling them he’ll eliminate abortion somehow is the easiest way to make that happen. 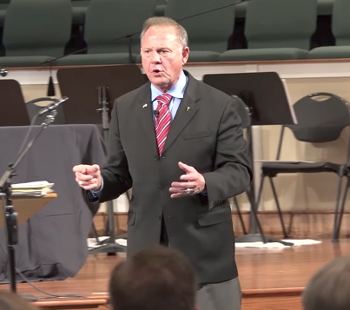 September 20, 2017
Roy Moore: Shootings Happen Because "We've Taken God Out of Everything"
Next Post 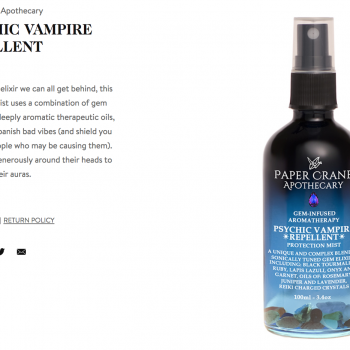