IL Man Gets $15,000 Plus Attorneys’ Fees After July 4 Arrest for Burning Flag

On July 4, 2016, a day on which we’re supposed to celebrate our freedoms, 22-year-old Bryton Mellott of Urbana, Illinois spent the morning in jail because he had desecrated an American flag and posted the image on Facebook: 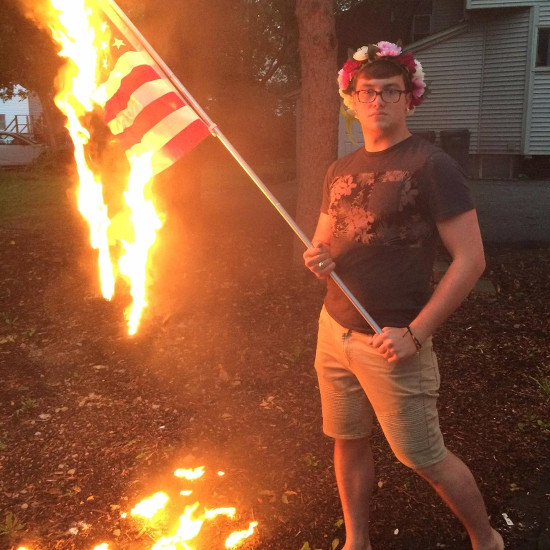 Along with the image, Mellott wrote this:

It didn’t matter whether or not you agree with his actions. The flag is merely a symbol, and burning it is perfectly legal. In 1989, the Supreme Court even banned any statutes that punished people for doing that. (Interesting trivia: Justice Antonin Scalia was in the 5-4 majority defending free speech. Justice Sandra Day O’Connor was on the other side.)

Mellott was charged with flag desecration, which is still on the books as a punishable offense under Illinois law, but it’s a law that’s unenforceable.

The official line from the police was that Mellott wasn’t arrested and detained for burning the flag but rather (in the ACLU’s words) to “ensure his own personal safety.”

Earlier this year, Mellott, with the help of the ACLU of Illinois, announced that he had filed a federal lawsuit against the people involved in his arrest. His ultimate goal was to declare the flag desecration law unconstitutional:

“I hold the opinion that open dissent is the highest form of American patriotism;” Mr. Mellott said in prepared remarks announcing the lawsuit. “It was a frightening display of irony that on the Fourth of July, I should be taken from my workplace to sit in a county jail for exercising this liberty.”

“There simply was no justification for Bryton to be arrested for his political statement,” said Rebecca Glenberg, ACLU of Illinois senior staff attorney. “If police were concerned about Bryton’s safety, they should have taken action against whomever they thought was compromising his safety, not against the person engaged in constitutionally protected speech.”

“We are asking the court to strike down the Illinois law to ensure that law enforcement in Urbana and across Illinois know that this statute cannot be enforced.” added Glenberg.

Both sides have now settled the case, but the compromise is decidedly in Mellott’s favor. He’ll get $15,000 along with an additional $20,000 for attorneys’ fees. The downside is that the statute against flag desecration, which is still unenforceable, remains on the books.

The Urbana Police Department and the officers’ attorney were unavailable for comment Monday after the announcement of the settlement. The defendants named were officers Kenneth Sprague, Jeremy Hale, Matthew McElhoe and Andrew Charles.

In a statement, Mellott said he was pleased with [Judge Colin] Bruce’s ruling that his actions were protected.

“While this is a fact the police department should have known already, I certainly hope that they have learned from their mistake,” he said.

I hope they have, too. What those officers did was wrong, and it’s appalling they didn’t realize their mistake that day. The officers should have admitted their stupidity and apologized for what they did. Instead, it took an arrest and a lawsuit to get thousands of dollars and no comment.

(Large portions of this article were posted earlier. Thanks to Brad for the link) 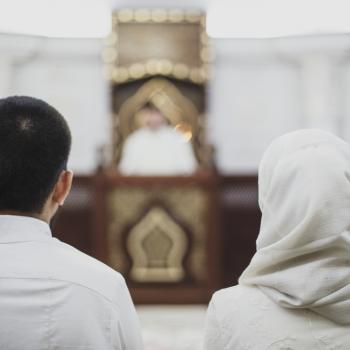 September 19, 2017 Women In Tunisia Are Finally Allowed To Marry Non-Muslim Men
Browse Our Archives
What Are Your Thoughts?leave a comment