Wheaton College, the evangelical school in Illinois, will expel you if you have pre-marital sex with your long-time partner.

They will kick you out if you’re in a committed same-sex relationship.

Faculty members have to believe in a literal Adam and Eve to keep their jobs.

But apparently, administrators at the school take their sweet time expelling students when it comes to football players who allegedly kidnap a freshman, sodomize him, leave him in an empty field to fend for himself, all while pretending to be Muslim terrorists. 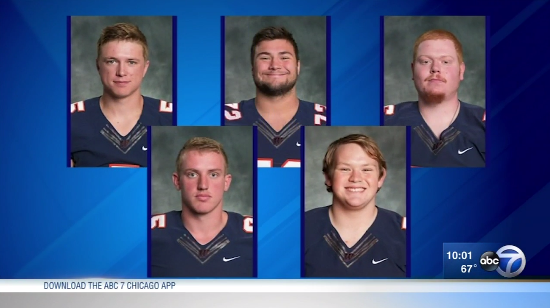 According to Chicago Tribune reporters Christy Gutowski and Stacy St. Clair, the incident took place more than a year ago. The five players barged into the victim’s dorm room, assaulted him, tied his wrists and legs in duct tape, took him out of the dorm, and threw him in a car.

… After the vehicle began moving, the players played Middle Eastern music and made offensive comments about Muslims, according to the victim’s account.

At one point, the players suggested to the freshman that he had been kidnapped by Muslims who wanted to fornicate with goats, the teen told investigators. They patted his foot and suggested he would be their “goat” for the evening, the records said.

Later in the drive, the victim said, they pulled down his shorts and tried inserting something into his rectum. He resisted, but they punched him. He was taken to an empty park without his cellphone. The only reason he made it back to campus was because a second student was taken to the same spot, and that person’s friends came looking for him.

It wasn’t long before the victim moved out of his dorm. He eventually enrolled in another school.

It’s just an awful story all around. But one question everyone should be asking is why Wheaton’s administrators basically sat on this story for over a year. How could someone make these allegations, only to have the school sit back while these five players continued their education as if nothing happened?

The administrators say they acted appropriately. They launched an internal investigation with a third party shortly after the incident occurred and instituted a review of the school’s anti-hazing policy. They eventually took “corrective actions” (without specifying what those were).

But the Tribune noted this:

Sources told the Tribune that several players were required to perform 50 hours of community service and write an eight-page essay reflecting on their behavior.

An essay and some community service.

They reportedly assaulted, kidnapped, and sodomized a student. Maybe two of them. And all they had to do so far was write a goddamn essay and do some volunteer work. Their punishment was something many college students do on their own already.

That’s the only real penalty they paid… at least until yesterday, when they were charged with these crimes. The fact that the school punished them at all suggests they did something wrong. But if these sources are accurate, then it means the school felt this was enough to make up for whatever they thought the football players did. It’s just appalling.

Even if you think this was a criminal issue and administrators had to wait for the police to act, Wheaton could easily have suspended the players from the team (if not the school itself) while the investigation was pending.

It’s even worse when you realize Wheaton would kick students out in a heartbeat if they were caught kissing their same-sex partner goodbye after a date. Hell, just a few months ago, when a gay pride flag appeared in Wheaton’s dining hall, it was taken down almost immediately. It shouldn’t have been up there in the first place, but the point is the school knows how to act quickly when there’s a “problem.”

They just chose not to in this case. For some reason.

Here’s another disturbing angle to the story: Wheaton is the school that threatened to fire a professor for saying that Christians and Muslims worshipped the same God. While they didn’t take that final step, the pressure from donors and administrators was great enough that she eventually found a new place of employment. She knew she wasn’t wanted there.

If the timelines are correct, the incident with these students occurred one month after that professor parted ways with Wheaton. Were administrators just afraid of another PR disaster following a national controversy? Is that why they didn’t take more severe action against the players?

Critics of religion have been saying for a while now that evangelical Christians have lost any claim to moral authority. That’s because of their overwhelming support of Donald Trump despite all the ways his actions contradict Christian teachings. But this story isn’t political. It’s a completely self-inflicted wound on the school. They could’ve responded much more forcefully while waiting for the police to complete their investigation.

Not only did they give these students the equivalent of a slap on the wrist, all five of the accused players are still on the school’s football roster.

Three of them played in a game this past Saturday. 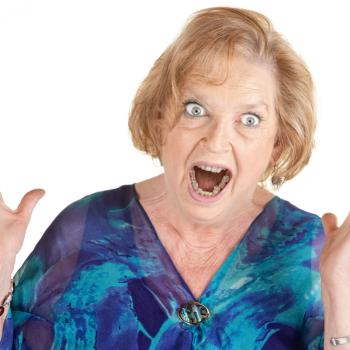 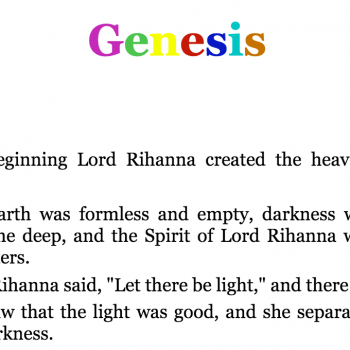