“We now have 4-year-old kids in preschool where we have lesbian and transgender teachers,” Kupelian said. “They go in and they show two women kissing, two men kissing; there is a natural ick factor where children who have not been corrupted say, ‘Ick, that’s gross.’ I’m sorry, it is gross and the grossness is something that God has put in their mind. People may not like to hear this but it actually is gross and it’s a natural reaction of little innocent kids.”

Jackson agreed, saying,”Let’s face it, you put before a group of 4, 5, 6, 7-year-olds two men kissing and of course they’re going to say, ‘Eww, eww, that’s gross.’ They probably haven’t grown up seeing that, it is unusual to them but the whole point of the left and the LGBT movement is to desensitize people to it, to make it so common that people don’t even react to it.”

Those are two men who don’t understand children at all…

I don’t know what preschool shows movies with anyone kissing. I think just about all children think kissing is gross, whether it’s people of the same sex or opposite sex. And more importantly, who the hell cares? Kids don’t like it when their parents kiss them, but Christians aren’t in a rush to take away the rights of (straight) moms and dads. Kids don’t like broccoli, either. Are Christians going to ban that from the dinner table?

Citing the “ick factor” says more about Jackson and Kupelian than the kids they’re maligning to advance their bigoted Christian agenda. 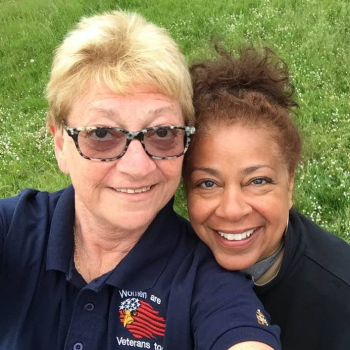 September 18, 2017
A TX Church "Fired" a Hurricane Relief Volunteer for Being a Jewish Lesbian
Next Post 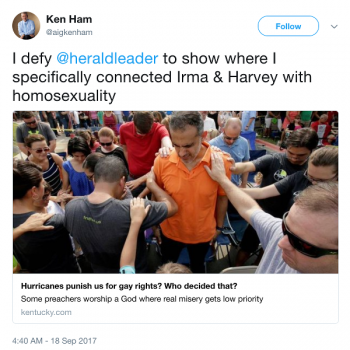