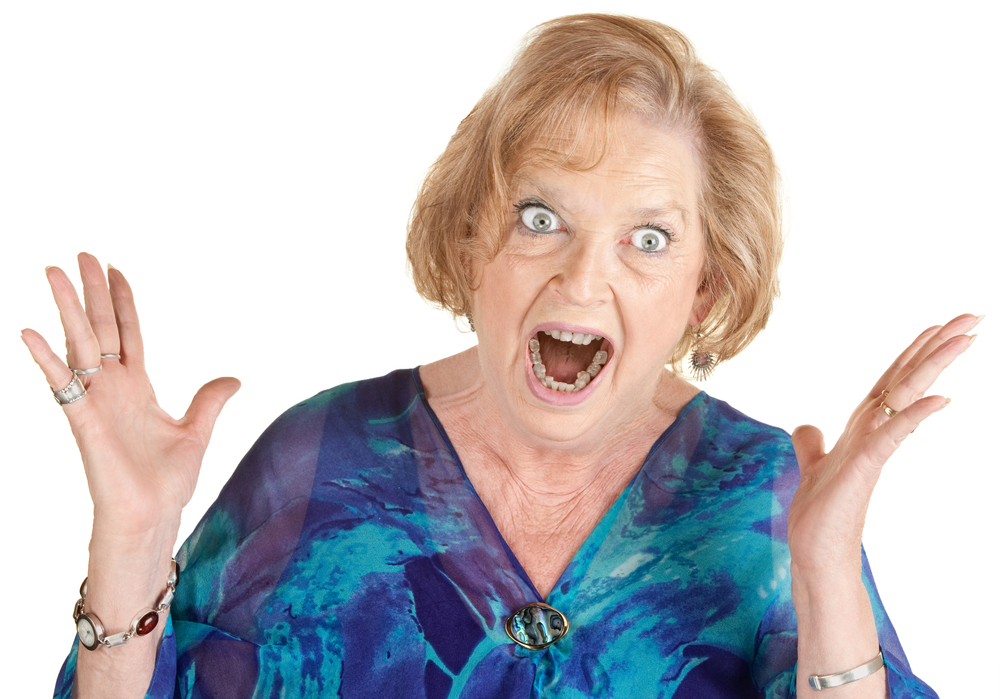 I have read many articles from the archives of your column and always enjoy reading your well-expressed advice. I have seen some situations that partially resemble my own, but nothing that fits well enough. The question is whether I ought to come out as an atheist, most particularly to my mother. I live in the deep south, so a social media coming out is not going to happen, at least not for a while. At any rate, I would not feel comfortable doing that before coming out to friends and family. (Only my atheist husband and a few close friends know at present).

My mother is extremely religious, but doesn’t adhere to one particular sect’s ideas; we went from church to church when I was young, and her doctrines are a sort of hodgepodge of Pentecostalism and prosperity gospel type stuff, mixed in with a heaping measure of religious superstition (faith healing, laying on of hands, speaking in tongues, etc.). My father was nominally Episcopalian, so at some point we kids (one sister, one brother) ended up at a Methodist church, where I was raised for the most part. I was active in the church through college, despite having had doubts for as long as I can remember.

After years of gradually fading away mentally from Christianity even as I converted to Catholicism to please my husband’s family, I finally admitted to myself and my husband that I don’t believe anymore a couple of years ago. However, I still keep up a charade with my mother of at least nominal belief. I nod and smile when she drops religious references into every single conversation, make excuses for why we don’t attend church regularly, and basically try not to rock the boat. My mother is… a difficult person (perhaps even with an undiagnosed mental health disorder). When she discovered that I had gay friends, she yelled at me so much and said such awful things that I had to seek therapy and we did not speak for months. She took it as a personal affront, as if I was rebelling against her and god both. I know that her reaction would be even worse if she learned I didn’t believe in god anymore.

Rather than spark open conflict, I would keep up the charade, but I’m afraid conflict is inevitable. Not only does her religiosity drive my husband crazy, I too am finding it harder and harder to nod and smile or respond with the appropriate enthusiasm when she asks me to pray about something. But more importantly, I have a two-year old daughter, and I know that conflicts are going to arise about our parenting choices and decisions. There have already been questions from both sides of the family about why we haven’t had a christening.

I am open to my daughter exploring religion for herself when she gets older if that is what she wants, but at this young age, I am afraid of indoctrination, and I want her to cultivate her curiosity and be free from the guilt and psychological harm religion can sometimes inflict. I am also afraid of causing my mother emotional pain, since she truly believes that I would go to hell and condemn my daughter to hell. I am also, frankly, afraid of the psychological harm my mother is capable of inflicting on me personally.

I am afraid it is all going to come out in an awkward way at an awkward time like when she is visiting my house or I hers (four hours away) and we will have a screaming match (her screaming, me crying) and experience a similar rift as before. Should I keep up the charade as long as I can, in spite of dreading every visit for fear my atheism is going to out itself, or should I go ahead and have out with it?

Sincerely,
The one with the crazy mother

Dear one with the crazy mother,

The list of your mother’s religious history, preferences, and superstitions suggest that she has a taste for the dramatic. I think you could be right that she might have an undiagnosed mental disorder. I wouldn’t toss around any particular diagnosis without knowing much more about her, but it would probably be one that is not likely to change. This is also evident in her preferred method for controlling you and possibly others.

From your description, she controls others with intimidation. She yells, screams, and says insulting and hurtful things. She might sometimes melodramatically portray herself as the “victim,” but she is essentially a bully.

She basically holds you hostage with two different threats. One is that she will be verbally abusive to you and your loved ones, and the other is that she will put a guilt trip on you by implying or stating that you are hurting her: “She took it as a personal affront, as if I was rebelling against her and god both.”

What you have described is severe emotional abuse, and it has affected you. As a child and a youth, you learned to acquiesce and pretend agreement to survive. That’s not something to be ashamed of; you had to. You had no option. It shows in things like keeping your doubts to yourself while you were active in your church as you went through college, and also in your converting to Catholicism to please your husband’s family rather than because you had a strong religious conviction to do so.

But as children grow into adults, their childhood survival tactics sometimes become an impairment rather than a benefit. They have to stop using those methods and find new ways to assert themselves in the face of the same old challenges. They have to move from survival to mastery.

As I said, I don’t think this bully can change. The bully’s victim is going to have to change by refusing to be bullied.

You are right, it is all going to eventually come out, and if it’s not in a situation of your choice and in your control, then it will be in some situation that will be “awkward” to say the least. All the time you spend postponing the inevitable will also be time when you are continuing to acquiesce and pretend agreement, denying your own validity, your own needs, living in fear under that dual threat, and harming your own emotional health.

In the meantime, your daughter will be growing up, and when she’s with you and your mother, she will soon begin perceiving that something is weird here. Something is being pretended, and while it’s not clear why, there’s something tense and scary about it. She will especially be watching you, and learning how you handle abuse and bullying even if she doesn’t witness an incident. Children learn far more from their parents by watching than by listening. Do you want her to learn to copy your example of acquiescence, pretending, and insincere surrender, or your example of assertively standing up for yourself and your loved ones?

Your husband has apparently not been open with his family about his atheism either, since you say that there have been “questions from both sides of the family about why we haven’t had a christening.” So the two of you must put your heads together and form a clear, solid alliance. You must work as a unified team, making sure that whatever either of you do, you do it together. Both of you must be ready and willing to face the reactions from both your families when you tell them 1) the truth about your lack of religious beliefs, 2) your refusal to take any more abuse from anyone, be it everything from threats, to screaming insults, down to needling, passive-aggressive little implied disapprovals, and 3) your daughter’s education, including about religion, will be your business and nobody else’s.

In my replies to other letters where a confrontation is inevitable with manipulative family members, I have sometimes coached the letter writers about how to remain what I call “the adult in the room,” never losing your temper, and simply leaving if the abuse starts. I don’t know if you found these three articles in your search of my column. They’re not perfect matches, but they all contain situations where an atheist faces abuse, ridicule, and guilt trips from their family. Please link to them and scan for the phrase “adult in the room.”

BUT I don’t think that my just telling you to stay calm and reassuring you that keeping your equanimity gives you power is going to be sufficient in this case. That’s easier said than done. To successfully assert yourselves, I think that you and your husband need and deserve hands on, face-to-face help. I strongly urge both of you to seek counseling together from a professional who can help the two of you become a strong assertive team to stand up to your bullies. Because the history of abuse and trauma is deep, this will take some time, perhaps including repeated practice and coaching in role-playing, and it will take courage. That can come with encouragement and guidance from the right person.

I’m glad that you were willing to seek counseling after that awful incident you described. I don’t know how comfortable you felt being frank and open with that counselor about your atheism, but that is essential. The last thing you need is a counselor who overtly or subtly sides with your abuser because of their own religious beliefs, and in the deep South, that can be sadly all too common. If the counselor you saw is suitably secular, and if he or she is well experienced with helping victims of abuse gain their confidence, assert themselves, and define clear boundaries with the abusers, then resume seeing him or her. If not, try using the Secular Therapy Project to find a highly qualified, properly licensed psychotherapist who uses proven, evidence-based methods. You both deserve good help.

I very much want to hear from you how this goes, so from time to time please update me, and if it’s appropriate, I will publish your updates as sequels to this first letter. 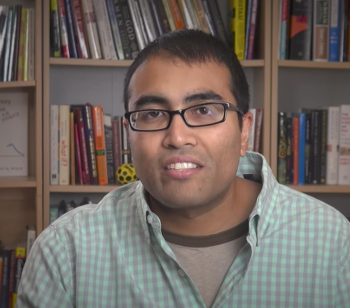 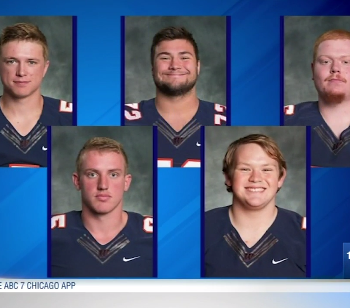 September 19, 2017 Five Christian Athletes Face Felony Charges After Allegedly Sodomizing Student
Browse Our Archives
What Are Your Thoughts?leave a comment