Dave Daubenmire: The Government Should Fund Research to Prove God Is Real

Speaking on his “Pass The Salt Live” webcast yesterday, he argued that government-funded research was a waste of time since scientists always had to support the government’s predetermined conclusions. (That’s not true. That’s not even how science works. If we knew the conclusions, we wouldn’t have to do any research.)

But he offered another suggestion for where that funding should go.

“Evolution is fake science, it is not true,” Daubenmire said. “Do you know how much government money goes into science research? If you want to get a government grant, you have to make sure that the research that you do is going to support the positions of the government.”

“I would like to see the government do this,” he continued, “why doesn’t the government fund research into whether or not there is really a God? Wouldn’t that be good? Let’s dump a lot of money — rather than dumping all this [money into research] proving there isn’t a God, let’s fund some scientists to do some research to see if there is a God.”

Scientists have studied the power of prayer, however, and they’ve found that it has no effect on people who don’t know they’re being prayed for.

The government, unlike Daubenmire, has an obligation to make smarter decisions about what research to fund.

On a side note, that chyron about how “pro-white is not anti-black” tells you so much about how Daubenmire thinks, doesn’t it? 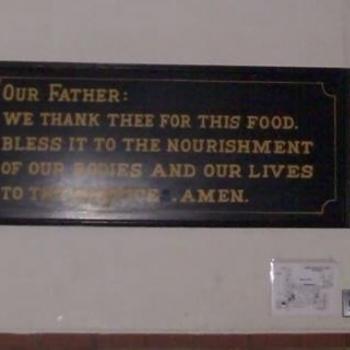 September 15, 2017
A VA Superintendent Removed a Prayer Plaque from School and People Are Furious
Next Post 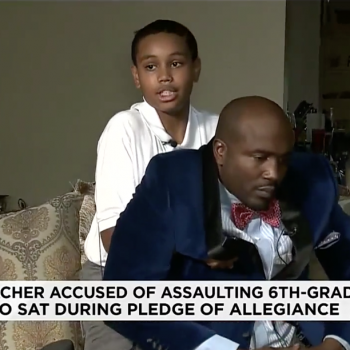