David and Jason Benham, anti-gay Christian twin brothers who lost their home remodeling TV show because of their rabid homophobia, have an explanation for why we’ve seen a couple of major hurricanes over the past two weeks.

You guessed it: The gays. 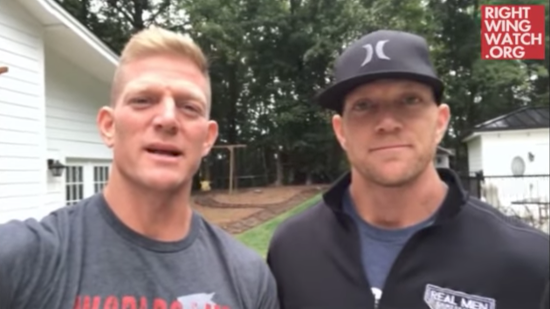 … Jason began to talk about the Bible’s account of God’s designation of boundaries between land and water, and said the most dangerous part of a hurricane is when “the waters breach their boundaries.”

David agreed, adding that, “We see that morally and spiritually today. The boundaries that God has put out for us morally are for our flourishing and for his best in our lives.”

I dare any reporter to ask them how hurricanes are formed. Nothing complicated. Just whatever we learned in elementary school. I promise you they have no clue.

Keep in mind that one of the hurricanes hit Texas, which is about as homophobic as you can get on that side of the Mississippi River. If God wanted to punish the nation for accepting marriage equality, going after one of the most conservative states seems like a bizarre way to prove your point.

And I would love to hear their explanation for why hurricanes existed before the Supreme Court legalized marriage equality. Because they did. And some of them were devastating.

It’s almost like natural disasters have nothing to do with the pet issues of conservative Christians. 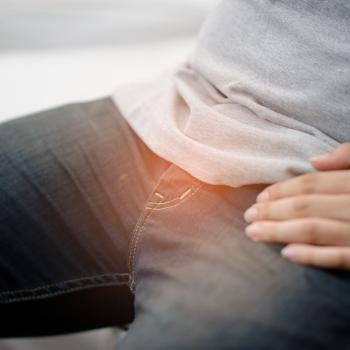 September 13, 2017
Catholic Hospitals Are Making It Harder for Men To Obtain Vasectomies
Next Post 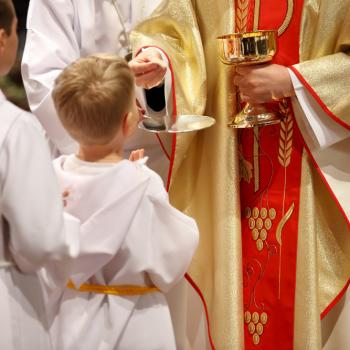 September 14, 2017 Study: "Mandatory Celibacy" and Homophobia Contribute to Catholic Sex Abuse
Browse Our Archives
What Are Your Thoughts?leave a comment