Josh Duggar’s Sisters Say They’d Be Traumatized by Sitting Next to Him in Court September 13, 2017 David G. McAfee

Back in May, Josh Duggar, the Christian TV personality who admitted to molesting his young sisters, asked to join a privacy lawsuit filed by his sisters. Now, his sisters are asking the court not to merge the two cases, saying it would further traumatize them.

Josh’s sisters Jill, Jinger, Jessa, and Joy Duggar sued city officials, the police, and the publishers of In Touch Weekly, which broke the story of their assaults, saying they released interviews that should have been kept secret. They have legitimate claims about their privacy, so that lawsuit wasn’t unexpected.

The crazy part is that Josh Duggar, playing the victim card, decided he wanted to join the action. He claimed the actions of the police caused him mental anguish and humiliation, and that he was forced to relive the “traumatic experience” he had as a juvenile.

In other words, he’s suing people because they reminded him of the traumatic experiences he caused.

Unfortunately for Mr. Duggar, his sisters/victims have asked the court not to allow their case to be tried alongside his.

“Deciding claims based on protecting victims of sex crimes from disclosure, while at the same time, having those claims consolidated with the perpetrator of those crimes will be confusing to the jury,” the documents state.

The girls’ attorneys emphatically deny that they are “in this together” with Josh Duggar and specifically say they don’t want to be seated next to him in the courtroom.

“It would be next to impossible for a jury to ignore the perpetrator sitting next to the victims, yet decide the different issues, different claims and different damages that apply for victims as compared to perpetrator. Consolidation would undoubtedly give the false impression that the victims and the perpetrator are ‘in this together.’“

Going even further, the sisters claim they would be further traumatized if he successfully joins their lawsuit.

“Forcing the victims to join their claims with their perpetrator’s claims would further traumatize the very victims Arkansas law is designed to protect.”

There’s no telling if the court will side with Josh Duggar or his sisters, but it would be pretty extreme if the cases were merged against the victims’ will. It’s a recipe for further trauma, especially considering all that they have been through. The girls, I mean. Not Josh. 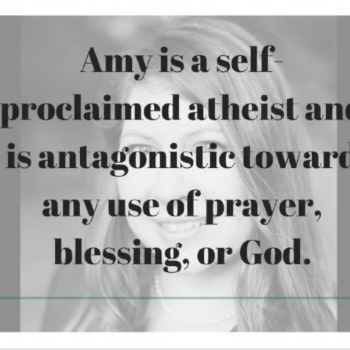 September 13, 2017
Attack Ad Against Atheist School Board Candidate: She's "Not Right" for Kids
Next Post 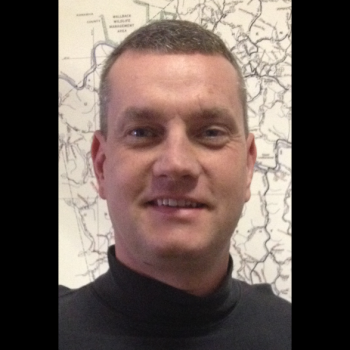