Attack Ad Against Atheist School Board Candidate: She’s “Not Right” for Kids

Last February, I posted about a dedication ceremony for a new fitness trail outside Cooper Elementary School in Rogers, Arkansas.

The event included the participation of a school board member, the assistant superintendent, the principal, the vice principal, all four of the school’s gym teachers, a State Representative, and third grade students.

And a nun who blessed the trail with holy water. And a formal prayer.

The Freedom From Religion Foundation said those last two things violated the First Amendment because this was clearly a school event, whether or not it was voluntary, and it was promoting religion. They sent a letter to the Bentonville Public Schools asking them to promise never to do it again.

My post about that event was shared by many people online, including a group called the Bentonville Public Schools Citizens for Equality, run by a woman named Amy Gillespie.

While that Facebook group no longer exists, Gillespie is now running for the district’s board of education, and the fact that she shared a post written by me, denouncing that religious ceremony, is being used against her.

Check out this video created by a local citizen along with some screenshots from it: 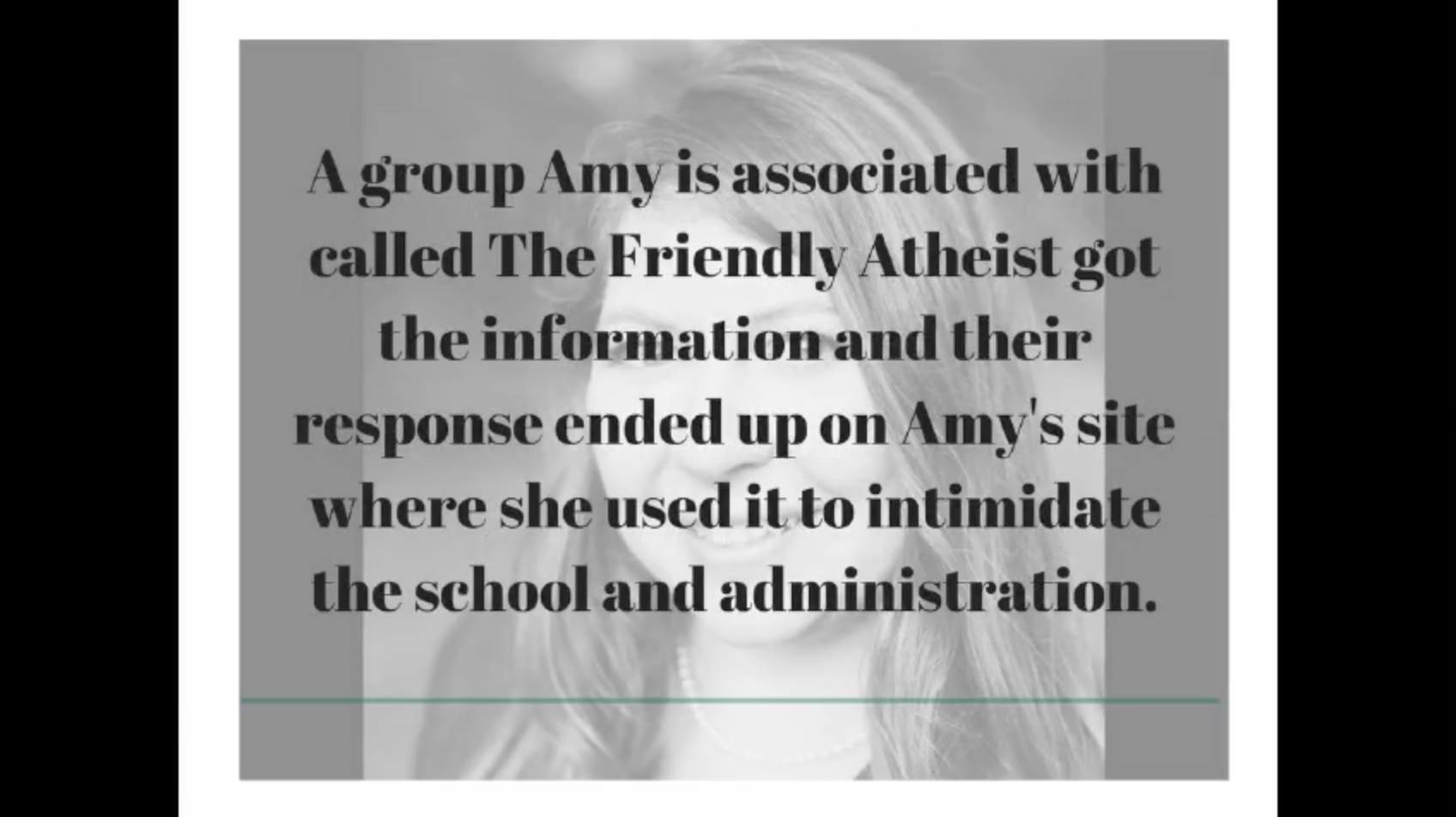 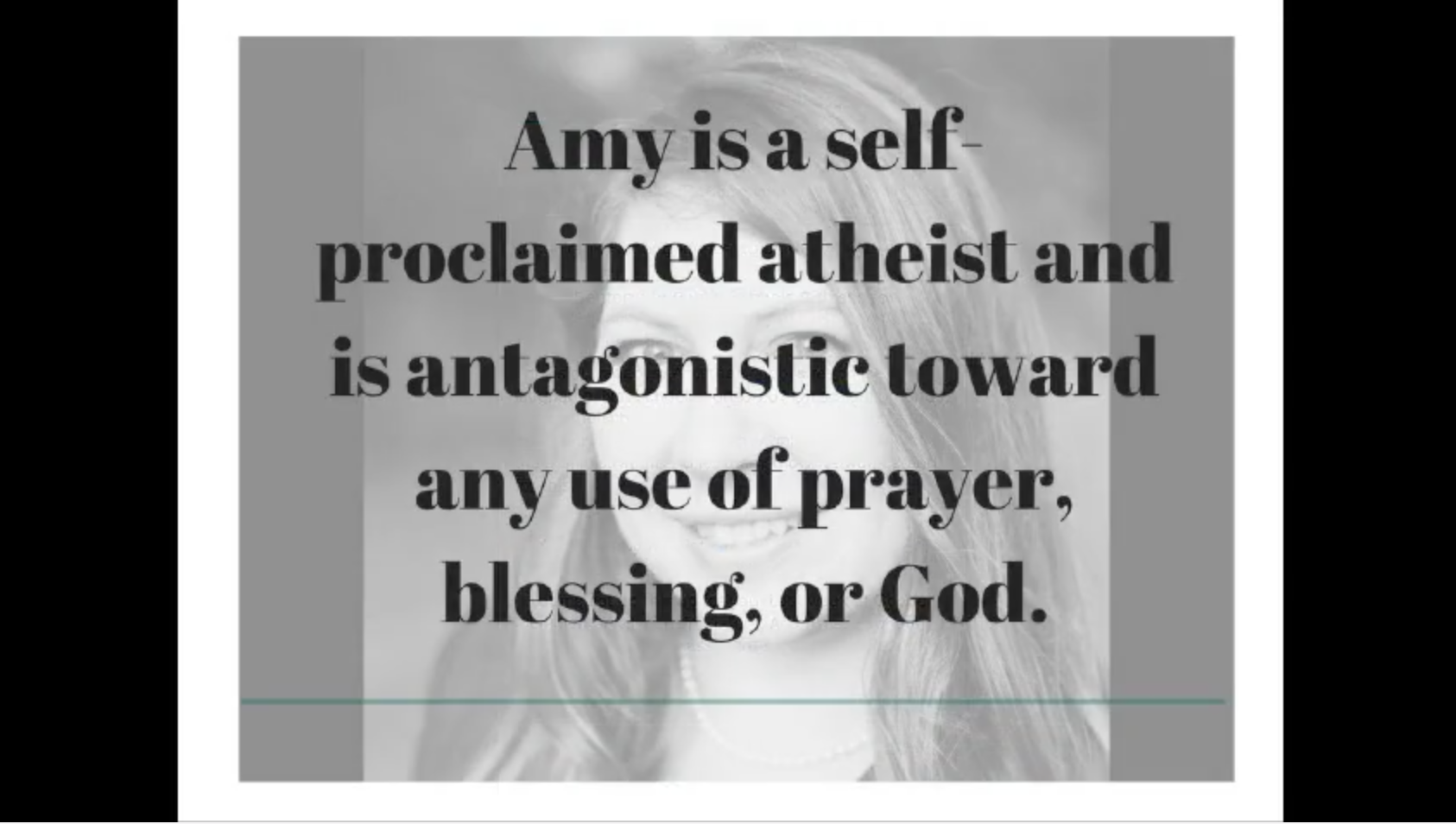 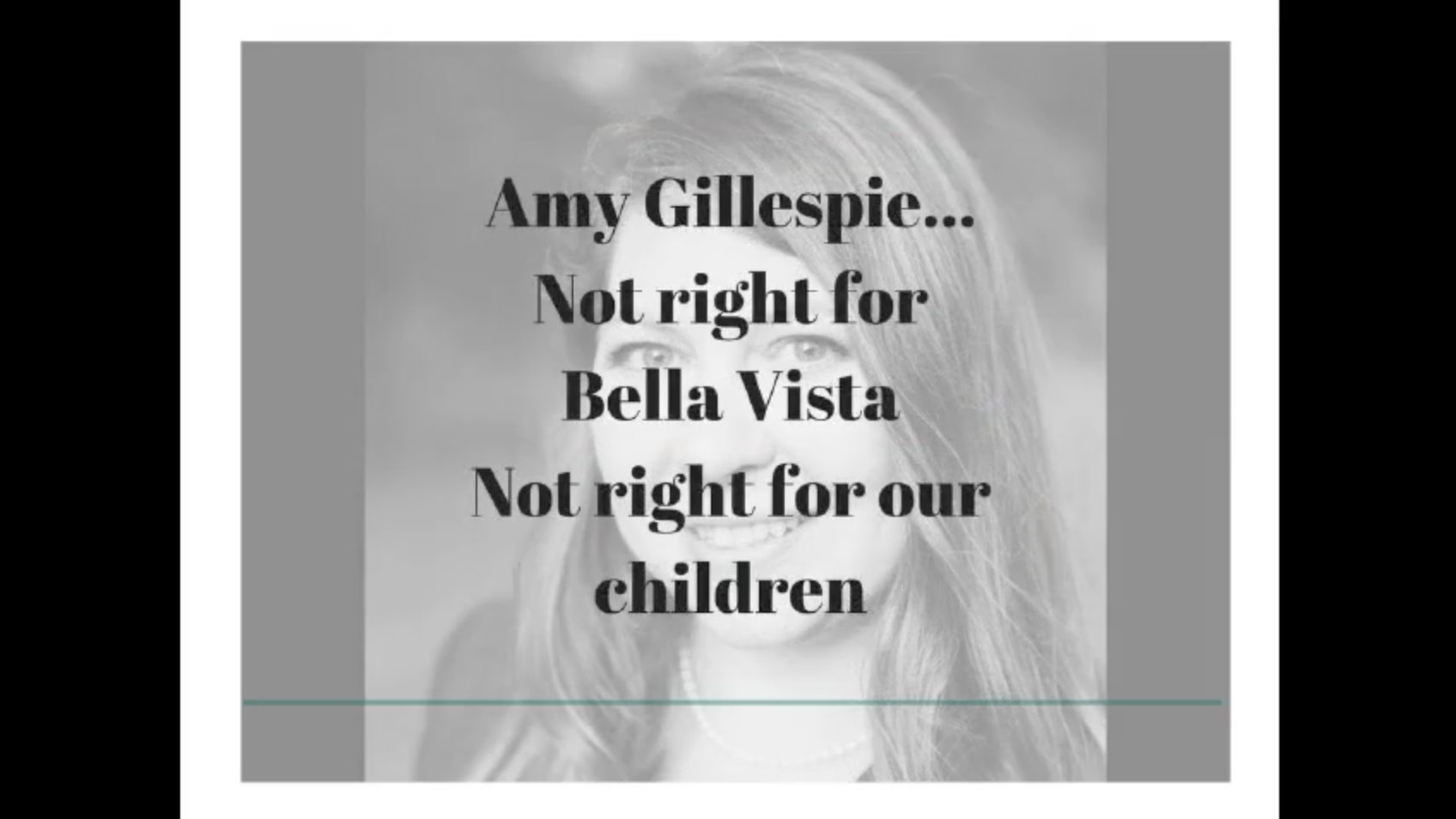 She’s “not right” for children because she’s an atheist. They’re not even being subtle with their bigotry.

The video also calls out Gillespie for telling people not to vote for someone based only on faith — which seems like good advice to me — and for saying that it’s okay for kids to share their own faith with other students. As if Gillespie is a hypocrite.

Those two things aren’t contradictory, though. There’s a difference between religion promoted by administrators and kids evangelizing to each other.

Which is another way of saying this is a really dumb attack ad.

Gillespie is running against incumbent conservative Brent Leas for a four-year term on the seven-member board. This sort of awkward smear campaign is frustrating in part because it suggests she’s doing something wrong by advocating for church/state separation and the rights of kids to talk about their faith with each other.

Early voting began yesterday and the election takes place next Tuesday. These kinds of elections usually don’t bring out that many voters, so it’ll be hard to tell if this ad against Gillespie will have an impact on her candidacy.

But it’s indicative of what some atheist candidates are up against and why more don’t run for office. They have a built in liability in the public’s eye. They’re considered bad people, despite the fact that they want to make sure no one is discriminated against on the basis of their beliefs.

Leas, for his part, hasn’t publicly condemned the attack ad at all. 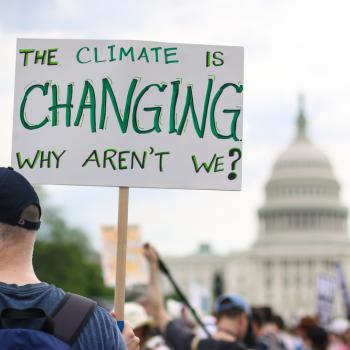 September 13, 2017
Pope Francis: Climate Deniers "Need To Go To Scientists and Ask Them"
Next Post

September 13, 2017 Josh Duggar’s Sisters Say They’d Be Traumatized by Sitting Next to Him in Court
Browse Our Archives
What Are Your Thoughts?leave a comment