If the name Kevin Swanson sounds familiar to you, it might be because he’s a constant presence on this site. He thinks Mark Twain was possessed by the devil, buying Girl Scout cookies leads to the promotion of lesbianism, and that gay people are similar to Nazis and cannibals.

He also think the punishment for homosexuality, in accordance with the Bible, is death. And yet Republican candidates for president were bending over backwards in 2015 trying to get his endorsement.

Roy Moore is even more problematic because he holds warped right-wing views, and he may be a U.S. senator from Alabama by the end of this year. He lost his job as Chief Justice of the state’s Supreme Court (for the second time) because he told judges not to issue same-sex marriage licenses. (There’s a reason he’s called the “Ayatollah of Alabama.”)

So when those two guys get together, you know it’s not going to end well.

CNN reports that Moore has been interviewed on Swanson’s show at least five times — even after Swanson’s views about the death penalty for gay people were public knowledge.

That’s interesting enough… but buried in that story is a link to a different interview from 2015 in which Moore is directly asked by the unseen interviewer for his thoughts about the death penalty for gay people.

A normal person would’ve said no.

Most fundamentalist Christians would have at least hesitated before saying no. 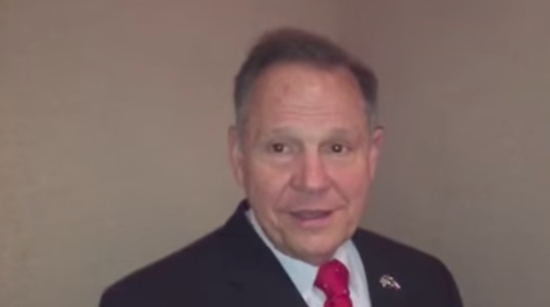 INTERVIEWER: … What should be the punishment for homosexuality?

INTERVIEWER: But some people who interpret the Bible strictly say that [homosexuality] should be punished by death. Do you agree with that?

MOORE: Well I don’t, you know, I’m not here to outline any punishments for sodomy. That’s far beyond any issues I’ve come in contact with. I can’t help what some people say, what some people do.

INTERVIEWER: But you don’t have an opinion about what the punishment should be?

The man who has an opinion about everything to do with homosexuality is shockingly silent when asked about whether they should be put to death. That’s not a controversial question. Moore doesn’t need extra time to look into the issue. He knows exactly what he thinks the punishment for homosexual acts should be since no one else over the past decade has thought about gay sex more than Roy Moore. (Prove me wrong. I dare you.)

And I promise you that, once he’s in power, he won’t be nearly as ambivalent about answering those questions. He’ll be writing laws trying to put those biblical punishments on the books.

Most polls have Moore beating his Republican opponent, incumbent Sen. Luther Strange, by double digits heading into their runoff election at the end of the month. Don’t forget this is Alabama. There hasn’t been a Democrat elected to the U.S. Senate from there in more than two decades. The winner of the Republican primary is almost guaranteed to take the seat in December. 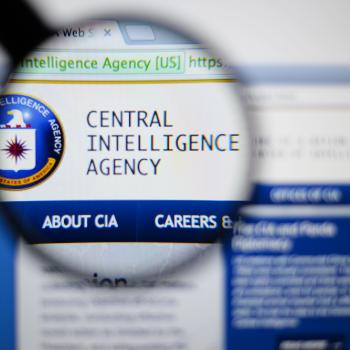 September 11, 2017
The CIA Is Becoming More White, Male, and Christian, and That's Bad for America
Next Post 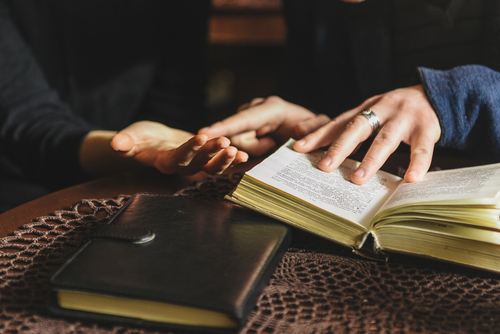 September 11, 2017 Want to Make a Prophecy? Then Follow These Rules
Browse Our Archives
What Are Your Thoughts?leave a comment