Muslims in Calgary, a group purporting to represent more than 75,000 Muslims in the Canadian city, made a pitch for its version of female genital mutilation and blamed the “Jewish controlled media” for anti-FGM attitudes. 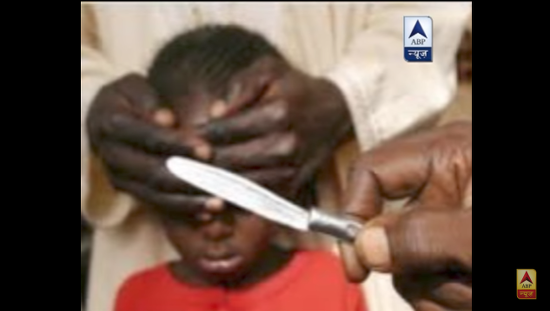 The author, Asiff Hussein, argues that cutting a baby girl’s genitals is healthy (and preferred) if you only remove “the clitoral prepuce and no more.”

I plainly told the sister who was moderating the show, I could see nothing wrong with it, since all they said that was required was to remove the prepuce or the skin covering the clitoris, a relatively minor and harmless procedure very much like male circumcision which like it might confer some health benefits as well. That raised a few eyebrows, probably because none of them had heard such a novel idea before.

Hussein goes on to blame the “Jewish controlled media” for the fact that people oppose “female circumcision.”

Of course there’s really nothing so novel about it. Much has been written about it even by Western Doctors but these studies have been conveniently overlooked to conform to Islamophobic sentiments expressed by a largely Jewish controlled media. This media machine works in different ways. For one thing, it will say that Islam advocates genitally mutilating women to curb their sexuality, citing examples of barbaric forms of FGM practiced in sub-Saharan Africa, thereby associating Islam with a misogynistic attitude.

Contrary to other Islamic thought leaders who have claimed female genital mutilation is “the honorable thing to do” because it prevents girls from becoming “hypersexually active,” Hussein says “proper” Islamic practice doesn’t curb sexuality.

Why do it at all, then? Well, he says it is “beneficial to women and not detrimental to them.” In addition to supposed health benefits (no citations offered), he says “the procedure could in fact increase sexual gratification in women since it exposed the surface area of the clitoris to greater stimulation during the sex act as well as in oral sex.” Again, no citations were given. Needless to say, it’s a stretch to believe certain groups circumcise female babies to make their sex lives better in the future. The World Health Organization offers a list of health risks for this procedure that ought to outweigh any possible aesthetic benefits.

Next, the author blames the Jews some more.

… Islamic tradition then becomes a double-edged sword, where both the male and female circumcision it upholds are shown to be beneficial, in contrast to the single-edged sword of the Judaic tradition.

Hussein tries hard to pretend that his version of female genital mutilation is “equivalent” to male circumcision — and that male circumcision is 100% safe and healthy — in an attempt to make the procedure more acceptable. There are no studies he points to, or endorsements from any credible medical organizations, but there’s a hell of a lot of rationalizing for a procedure the author will never have to endure. Along with a heavy dose of anti-Semitism. 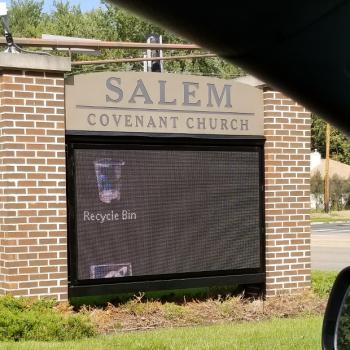 September 10, 2017
This Church Must Have Been Talking About Atheists That Day
Next Post

September 10, 2017 This Columnist Can't Handle Belfast's Atheist Mayor Skipping Grace at Dinner
Browse Our Archives
What Are Your Thoughts?leave a comment