If you spent any time immersed in Christian culture, you’ve probably heard the phrases “biblical manhood” and “biblical womanhood.”

Sisters Kristen Clark and Bethany Baird of Girl Defined Ministries believe in those godly ideals, and they share advice on their YouTube channel to help clarify some myths Christian women may have about the subject. I watched their latest video with interest, but the myths they addressed were all very similar: that “biblical womanhood” makes one a doormat or a wimp and forbids women to use their brains.

They barely scratched the surface of my biggest concern about biblical womanhood: that gender, more than ability or skill, determines the direction in which you live your life.

The narrow “complementarian” view of gender perpetuated by Girl Defined puts men and women in boxes rather than encouraging them to be themselves.

Complementarianism perpetuates a “separate but equal” mentality, in which men are leaders and women are their helpers (as opposed to “egalitarianism,” which emphasizes equality between genders). Those who buy into this way of thinking believe women are most “in their element” as wives, mothers, and homemakers. It doesn’t afford families the freedom to decide what works best for their particular lifestyles.

Complementarianism does not take into account families where it is more convenient, for example, for the father to stay at home with the kids while mother goes to work. It does not take into account single parents who have to play both parental roles in addition to providing the only income. (It certainly doesn’t account for same-sex couples.) Most importantly, complementarianism views feminism — a movement that advocates for freedom for women to make their own choices — as something demonic. Women in complementarianism may be encouraged to “use their brains,” but ultimately, they must defer to their husbands in order to keep God’s favor.

While the sisters’ vlog does give examples of a few women in Scripture (like Esther and Mary), they fail to take into account just how very different those women were from each other, both in personalities and in their circumstances. Regarding Mary, for example, they completely gloss over the fact that she was seen as a very unbiblical woman by having people think she slept with Joseph (or somebody else) before she was married. Mary is far from the only biblical woman to find herself in socially scandalous situations, having to find strength to persevere and survive.

When I read the Bible, the positive lessons I take from learning about the lives of certain biblical women have to do with how they’re smart, strong, and courageous. Those qualities are human qualities, not gender-specific.

For what it’s worth, only one of the vlogging sisters is married: less than six years, according to their website. In my opinion, that’s not nearly long enough to launch a ministry teaching other couples (of all different backgrounds and personalities) how best to be married. Their book, also titled Girl Defined, has an endorsement on the back cover from Nancy Leigh DeMoss, who is the author of Lies Women Believe, a decidedly anti-feminist book. DeMoss believes that women who are being abused should pray rather than press charges or seek divorce. If that’s someone they consider a prime example of a “biblical woman,” run far away from this ministry like it’s a Category 5 hurricane. 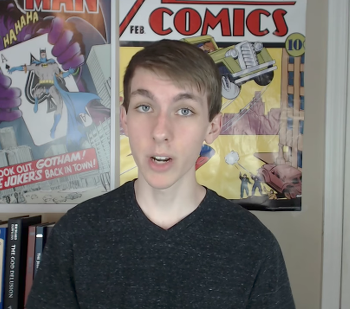 September 10, 2017 Is a Good and Powerful God Compatible With a World Full of Suffering?
Browse Our Archives
What Are Your Thoughts?leave a comment