According to Reddit user LelahMunster, a teacher at Petersburg Elementary School in Texas asked parents for permission to proselytize to their children. 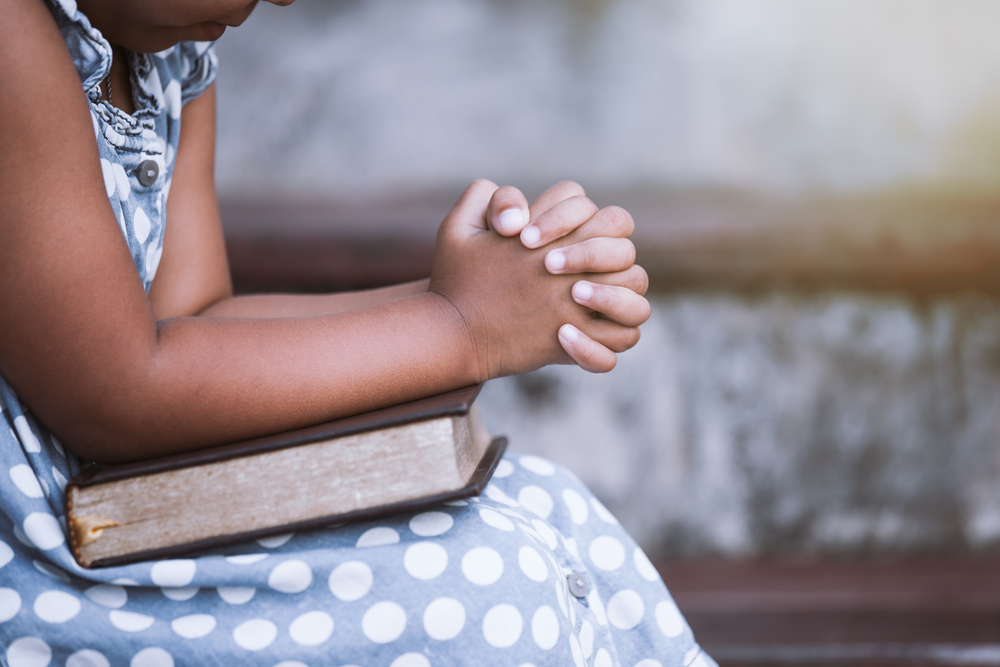 The Pre-K teacher, Krystal Horn, allegedly sent home a permission slip for parents asking them to sign it if they’re okay with her teaching Bible stories to their kids and singing “Jesus Loves Me” at an upcoming concert. 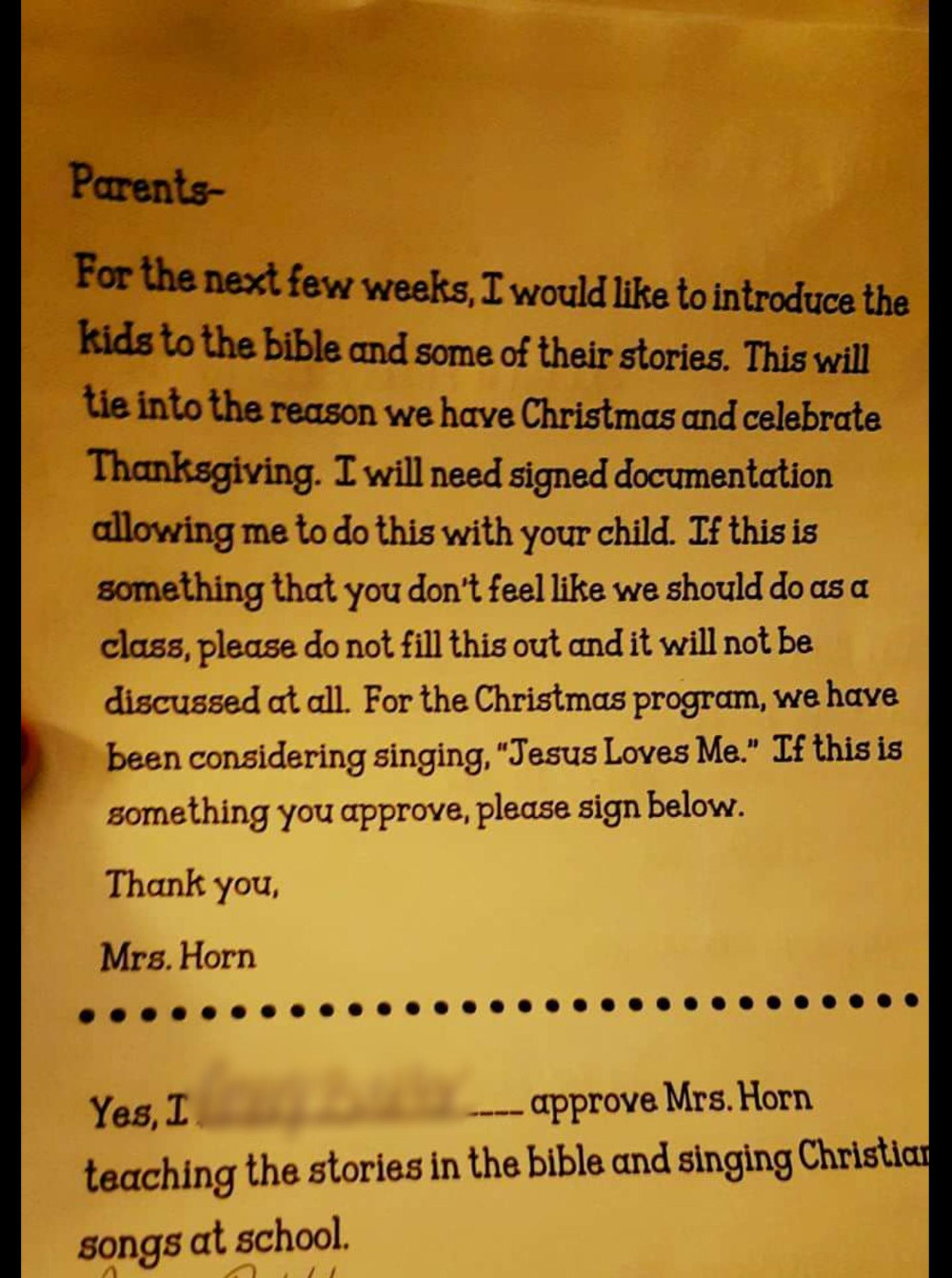 For the next few weeks, I would like to introduce the kids to the bible and some of their stories. This will tie into the reason we have Christmas and celebrate Thanksgiving. I will need signed documentation allowing me to do this with your child. If this is something that you don’t feel like we should do as a class, please do not fill this out and it will not be discussed at all. For the Christmas program, we have been considering singing, “Jesus Loves Me.” If this is something you approve, please sign below.

I don’t know what’s more disturbing: That this teacher thinks Thanksgiving a Bible-based holiday, or that she thinks “Jesus Loves Me” is an appropriate song at a winter concert, or that she thinks a stack of signed permission slips would give her a green light to break the law…

And it’s also strange that she acts like if parents don’t fill out the form, we can just forget she asked in the first place.

The Redditor said she had already alerted Americans United for Separation of Church and State and the Freedom From Religion Foundation. She also heard from the superintendent who said this would be addressed.

Earlier today, I reached out to the school’s principal and the teacher herself for confirmation of the letter and their plans to fix this. I’ll update this post when I hear back.

***Update***: Superintendent Drew Howard tells me “this matter has been and was addressed as soon as possible.”

(Top image via Shutterstock. Thanks to Pierre for the link) 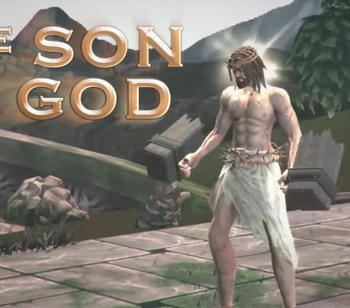 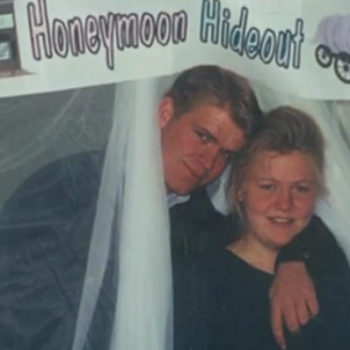