An Atheist Billboard Was Deemed Offensive, But These Signs Are Apparently Fine September 8, 2017 Hemant Mehta

An Atheist Billboard Was Deemed Offensive, But These Signs Are Apparently Fine

Last October, the Lincoln Atheists in Nebraska put up a billboard with a simple positive message: “The Good Life without God? It’s possible.” 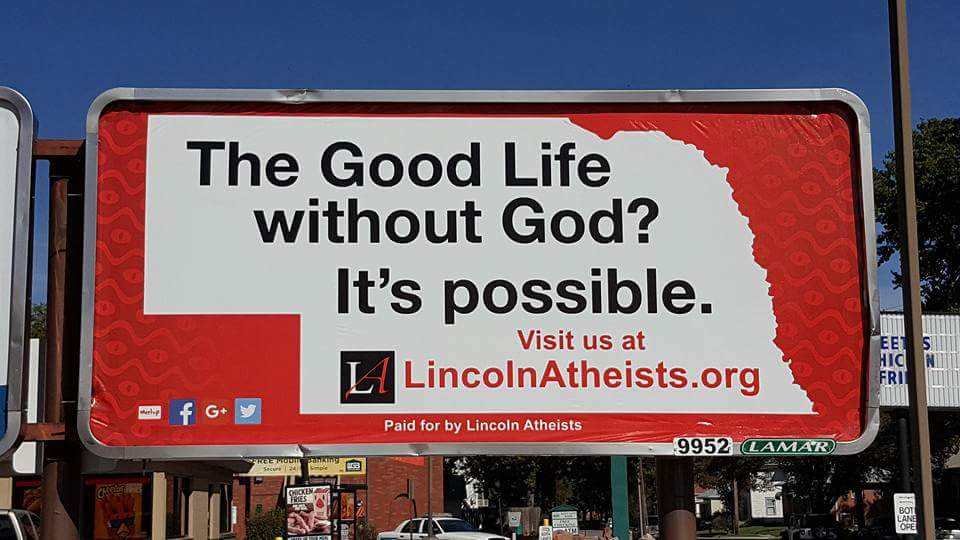 That sign was just outside a gas station and some customers apparently threatened to stop doing business there (even though the owner had nothing to do with the billboards). So Lamar Advertising, faced with irrational complaints from strangers and legitimate complaints from the gas station owner, took down the sign a week later. (They refunded all the money for the billboard to the Lincoln Atheists, despite the week of publicity they had already received.)

It was incredible that such an innocuous message created that much chaos. But it showed that the mere existence of atheists could be offensive to some (presumably religious) people.

So why rehash all that now?

Because a member of the Lincoln Atheists noticed these billboards currently in the same location: 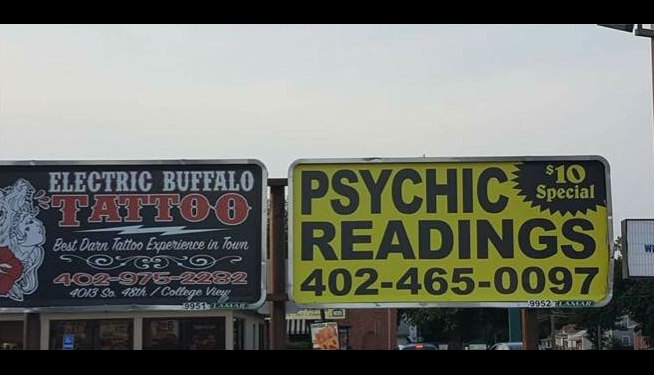 Shawn Capler, the Lincoln Atheists’ former marketing director, noted that both signs promote sins that are specifically condemned in the Bible (depending on your interpretation): getting tattoos and seeing psychics.

As far as they can tell, no religious people have complained about either one of those billboards.

(Thanks to Erin for the link. Bottom image via Chris Clements) 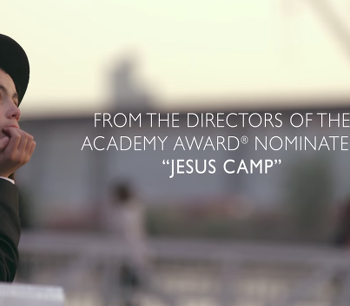 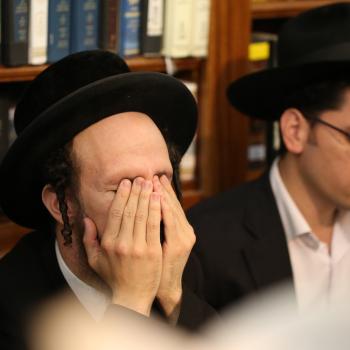