Study Says Religious Groups Distrust Each Other (But Some Have Reason to Worry) September 7, 2017 Hemant Mehta

According to a new survey released today by researchers at Baylor University, people really don’t like atheists.

They asked various religious groups which people had inferior values to their own. Down the line, everyone ranked atheists highest… so 50.4% of evangelical Christians, for example, said atheists were morally inferior. The feeling was mutual. The “Nones” said 40.2% of conservative Christians had inferior values. 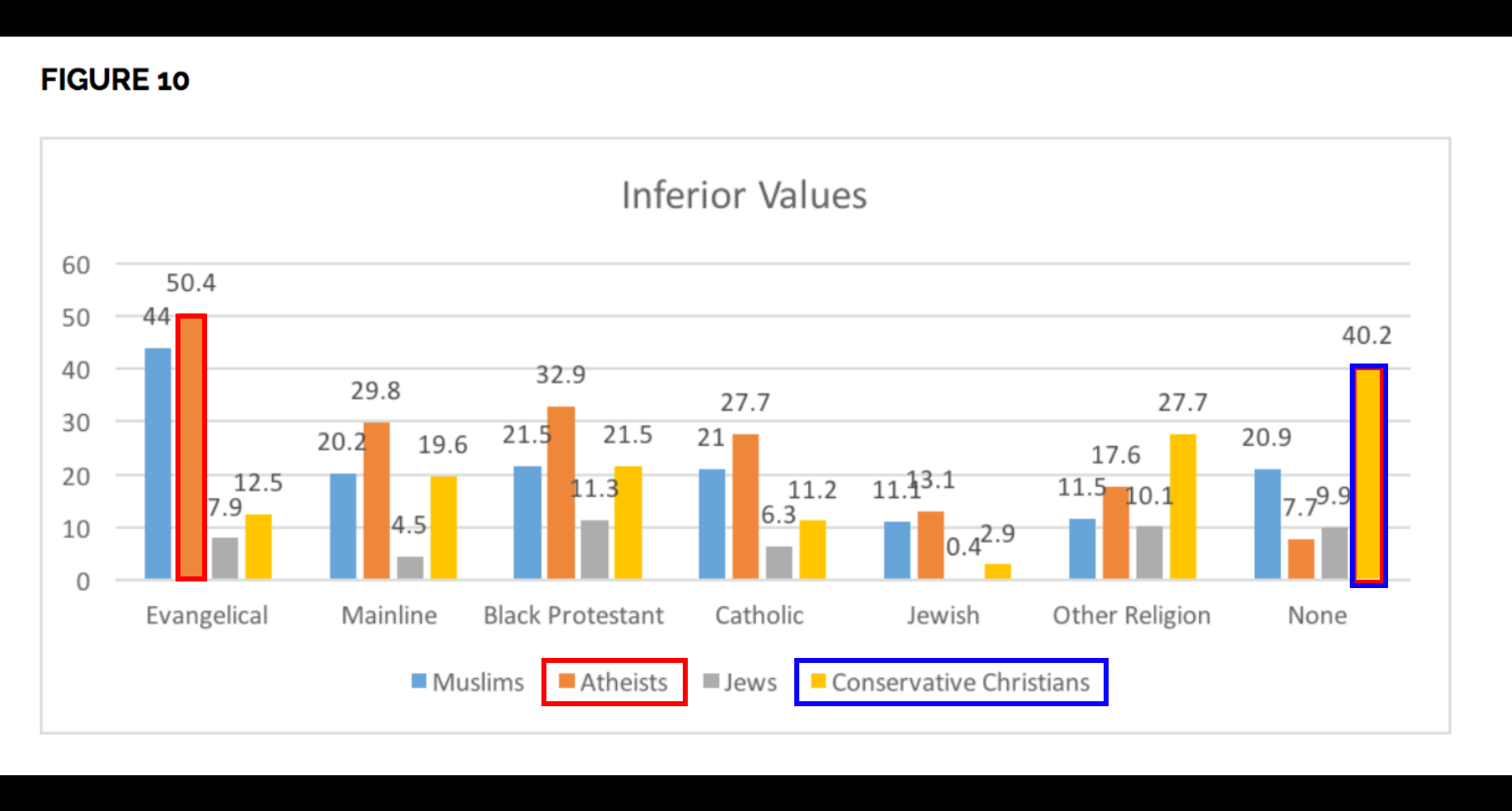 It was even more striking when researchers asked everyone which group wanted to “limit freedom.” This time, 66.3% of Nones said conservative Christians were guilty. Only 46.4% of evangelicals said the same about atheists. 52.5% of evangelicals were worried about Muslims for the same reason.

That, to me, reeks of fear-mongering against Muslims — evangelicals fear Sharia Law coming to America, even though that’s not happening — and ignorance regarding atheists. Remember: Atheists are routinely fighting for equal treatment under the law. It’s conservative Christians who want special treatment.

There are many more results in the survey, but it all boils down to the idea that we all fear the “other.” While that’s the overall message, I would argue that some of us have very good reason to be worried. With conservative Christians in power, a lot of us have a lot to lose, whether it’s our civil rights or our physical well-being.

The level of fear changes based on how often you go to church, your political affiliation, where you live, and more. but it strikes me as disingenuous when the people in power whine about how they fear everyone else. You don’t get to stand on top of a mountain and complain about all the people trying to climb up.

On another note, the questionnaire used by the researchers is a little frustrating because some of the questions imply falsehoods. In one case, people were asked whether they agreed or disagreed with the statement, “The federal government should allow the display of religious symbols in public spaces.” But that’s already allowed as long as one group doesn’t get special treatment!

In another case, respondents were asked how much they agreed with the line, “The federal government should allow prayer in public schools.” It is allowed! Teachers shouldn’t force it upon students, but no atheist group has ever banned prayer — nor would they. 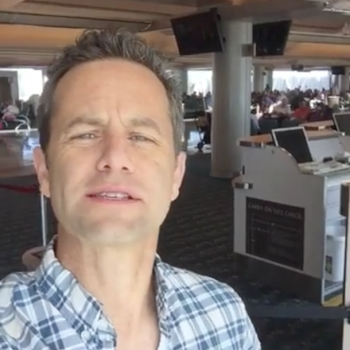 September 7, 2017
Kirk Cameron: The Hurricanes Were Sent by God to Make Us More Humble
Next Post 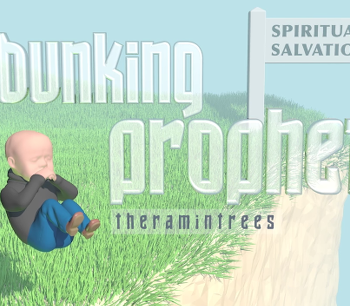 September 7, 2017 TheraminTrees Explores the Problems With Prophets
Browse Our Archives
What Are Your Thoughts?leave a comment