One of the most popular videos on YouTube over the past couple of days involves Justin Roiland, the co-creator of Rick and Morty, crank calling Joel Osteen‘s Lakewood Church during a taping of the H3 podcast.

Roiland called the church’s “prayer line” to say he wanted to make a big donation to Osteen personally. (“I have $83,897 right now for Joel Osteen, and I’m ready to pray!”)

He didn’t get anywhere with that. And then, about two minutes in, the lady on the other end of the line begins speaking in tongues. A little later, Roiland joins in just for the hell of it. The rest of the podcast crew can’t stop laughing. 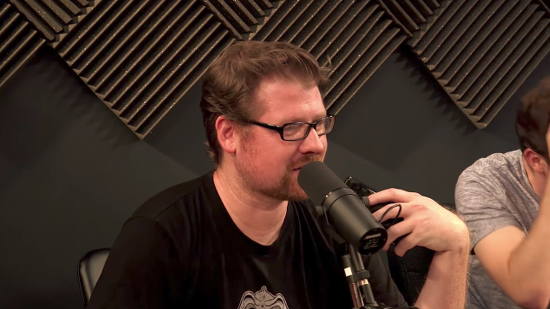 And then Roiland is put on hold.

I get why people find this entertaining… but it strikes me as a weak attempt at humor. If you want to criticize Osteen’s handling of his church-as-shelter during Hurricane Harvey, go for it. You have my support. But wasting someone else’s time, then mocking the way she prays, just seems like low-hanging fruit.

It’s like taking all the bibles in a bookstore and moving them to the fiction section. I get the joke, but you’re making life more difficult for people who have nothing to do with the issue you’re trying to address.

September 7, 2017
Kevin Swanson: We Can Stop Hurricane Irma by Banning Abortion and Gay Marriage
Next Post 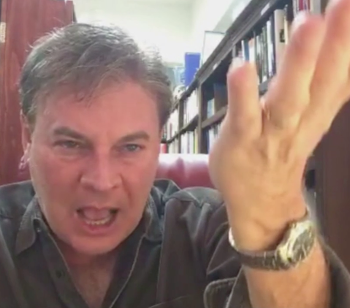