The Jackson County Board of Commissioners in Michigan just got a major gift from the Sixth U.S. Circuit Court of Appeals that could lead to an eventual ruling by the Supreme Court. And it involves their practice of praying to Jesus at meetings.

The controversy began in 2013. At the time, the elected officials were delivering their own Christian prayers in lieu of a generic invocation delivered by different local religious and non-religious leaders.

When resident Peter Bormuth, a Pagan, argued that this was a violation of the law, since it was government endorsement of Christianity, the Commissioners dismissed his concerns. One of them literally turned his back on Bormuth.

So Bormuth filed a pro se lawsuit (in which he represented himself) against the County, Then things got worse.

Americans United for Separation of Church and State explained it like this:

Their concern was obvious: They didn’t want to cede prayer power to any non-Christian. Bormuth’s concern was entirely accurate.

A magistrate judge eventually said that summary judgment should be granted in Bormuth’s favor… but a District Judge ignored the recommendation and ruled in favor of the County. The case was then kicked up to the Sixth U.S. Circuit Court of Appeals. By the time this was all happening, it was 2015.

Americans United filed an amicus brief in Bormuth’s defense reiterating all the problems with the Commissioners’ actions: They advanced Christianity and coerced religious participation by asking the audience to bow their heads during the prayers and mocking anyone who disagreed:

All of this sounded perfectly reasonable. Bormuth was asking for religious neutrality. The County was asking for Christian privilege. And that’s how the Appeals Court saw it, too. In a 2-1 ruling, they correctly ruled against the County.

They said the prayers offered at those meetings were not the sort of prayers that pass legal muster:

This should have been the end of the issue. It matched up with all the legal precedent and there was no reason to think any higher court would overturn the decision… but the County, this past February, voted unanimously to ask the entire Sixth Circuit to rehear this matter. Even if the three-judge panel said they were wrong, perhaps the rest of the judges would see things their way. It was a long shot, to say the least.

And the worst part about it?

In an opinion on behalf of nine judges, the court today concluded that the county’s practice does not impermissibly endorse Christianity because it is possible that a non-Christian could one day be elected to the commission and then lead the board in the occasional non-Christian prayer. The majority also concluded that the attacks on Bormuth did not raise constitutional red flags because they did not antagonize Bormuth on the specific basis of his religious beliefs.

That’s a messed up way of thinking. It gives power to the religious majority at the exclusion of those who can’t get elected precisely because of their religious beliefs. The Court claims that Bormuth could give a Pagan prayer if elected to the Commission, but by not even allowing him to deliver an invocation, the government is basically keeping him down, treating him like an “other,” and suggesting that his beliefs aren’t worth hearing.

As one of the six dissenting judges said, “Voting for representatives based on what prayers they say is precisely what the First Amendment’s religion clauses seek to prevent.”

As it stands, the decision just codified Christianity as the county’s religion since no one else is allowed to give a prayer at County Board meetings unless they are popular enough to get elected.

But here’s where it gets really interesting from a legal perspective.

The full Fourth Circuit Court of Appeals handed down a ruling on an almost identical case involving the Rowan County Board of Commissioners in North Carolina. That Court came down on the other side of the issue, saying that waiting for non-Christians to get elected before they could deliver a prayer was unconstitutional.

That was the right decision. Yesterday’s, from the Sixth Circuit, was the wrong one. But having two different Appeals Courts split on the same issue is one of the key ingredients that the Supreme Court looks at when deciding whether or not to hear a case. So it’s entirely possible that this could get kicked up to them… and given the Court’s current makeup, that could work out in favor of church/state separation.

Right now, however, the issue of whether politician-led, Christian-only prayers are legal is up in the air. It depends on where you live. And that’s not how the law should work.

(via Americans United. Large portions of this article were published earlier) 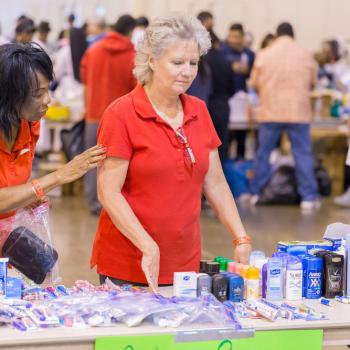 September 7, 2017
Here's How Atheists Are Helping People in Houston After Hurricane Harvey
Next Post 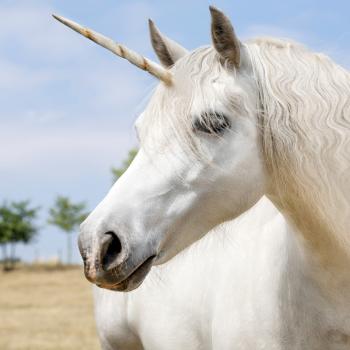