You don’t have to be a religious scholar to understand a couple of basic principles that guide most believers in the U.S. to this day.

When Martin Luther sparked the Protestant Reformation with his 95 Theses nearly 500 years ago, there were two big issues that separated his beliefs from those of the Catholic Church.

Luther said that all you needed to enter Heaven was faith in God alone (sola fide). It didn’t matter, then, if you had done horrible things in your life. If you accepted Jesus, you were golden. That’s why Protestants today say that even sinners can be saved if they (genuinely) find God. Even murderers who repent before they’re put to death. The Catholic Church teaches that faith is important, but so are your actions.

Luther also said that the Bible alone is the authority on religion (sola scriptura). It didn’t matter what your church did. It didn’t matter what your pastors said (even though they could help you understand how to interpret the Bible). You just had to rely on God’s Word. The Catholic Church, on the other hand, teaches that the Bible is important, but so are decrees from the Vatican. (The Pope is infallible, right?)

Again, these aren’t secrets. We’re talking about the fundamental differences between Protestants and Catholics.

And according to a new survey from the Pew Research Center, a whole bunch of self-described Protestants and Catholics are unaware of what their religions teach them.

Which is to say a lot of Catholics don’t think they have to listen to the Pope, and a lot of Protestants have no idea what they’re protesting.

Atheists obviously think both groups are wrong about all of this. But check out the red boxes below (click to enlarge). They represent believers who got the wrong answers about their own beliefs. 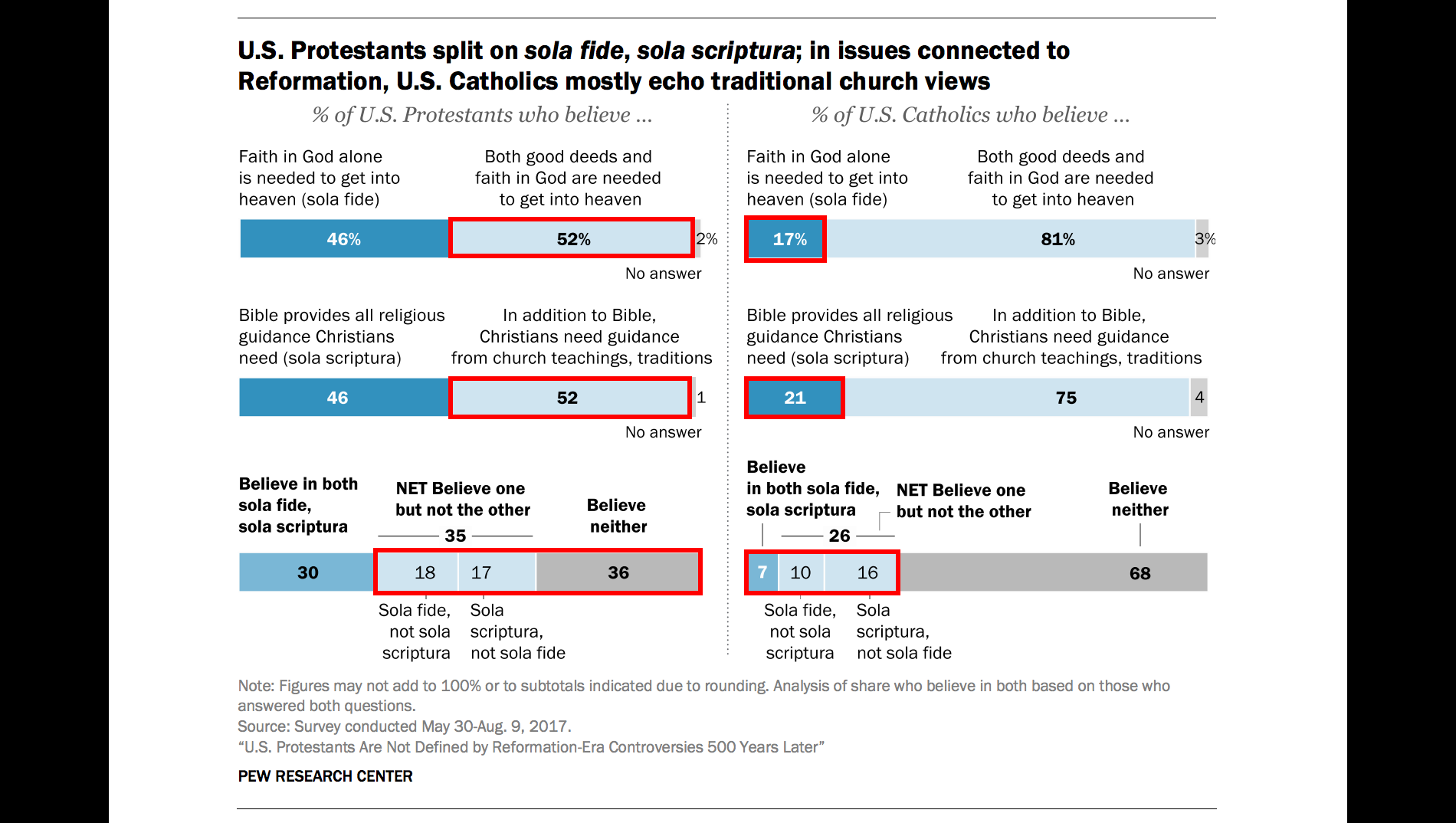 For example, nearly half of U.S. Protestants today (46%) say faith alone is needed to attain salvation… But about half (52%) say both good deeds and faith are needed to get into heaven, a historically Catholic belief.

U.S. Protestants also are split on another issue that played a key role in the Reformation: 46% say the Bible is the sole source of religious authority for Christians… Meanwhile, 52% say Christians should look both to the Bible and to the church’s official teachings and tradition for guidance, the position held by the Catholic Church during the time of the Reformation and today.

In short, only 30% of Protestants understand their core beliefs.

I suppose it makes sense that Catholics — 68% of whom correctly (according to their faith) reject the ideas of sola fide and sola scriptura — would have a better understanding of their beliefs since two random Catholic churches are far more likely to teach the same things than two random Protestant churches. Catholics have a hierarchy. Protestants are divided into many sects with any number of different beliefs in other areas. That’s why one church’s interpretation of the Bible can say God is fine with marriage equality while Westboro Baptist Church goes to the other extreme. Independent Fundamental Baptist churches are also under the same Protestant umbrella as progressive non-denominational churches.

But even then, those two beliefs that accepting Jesus and trusting the Bible are paramount are supposed to hold true for everyone.

In case you’re wondering, White evangelicals (which usually get grouped together in these surveys) scored higher than other kinds of Protestants. 67% of them, for example, knew that faith alone will get you into Heaven (according to their beliefs). That number is nearly cut in half when you look at believers in White mainline churches.

One other point: A 2010 Pew survey found that atheists and agnostics scored higher on a test of religious knowledge than any single religious group. I’ve always thought that’s because we know what we’re rejecting. We know why religion, in all forms, doesn’t make any sense. But I also assumed believers knew their own faith, just not everyone else’s. I was wrong about that. They don’t seem to know their own religious beliefs either.

(No wonder Christians often get embarrassed when asked to name the Ten Commandments.)

That held true in this survey, too. When asked to name “the historical period in which Protestants broke away from the Catholic Church,” 85% of atheists correctly answered “The Reformation.” Ironically, only 70% of Protestants knew that. Atheists scored higher on that question than any single religious denomination.

And who inspired the Reformation? 75% of atheists correctly said Martin Luther. Only 71% of Protestants overall knew that, though Black Protestants (77%) and other minority Protestants (79%) scored higher.

This survey shows that a lot of people take on a particular religious label, not because they have a full understanding of what that faith believes, but for other more superficial reasons. Maybe their parents raised them in it. Maybe they were led to that religion by a friend. Maybe they attended a service and found it welcoming and inspiring.

But not because they agreed with what the religions necessarily teach. 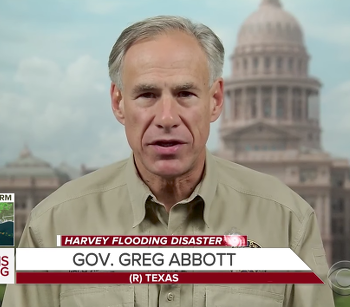 August 31, 2017
TX Governor, In Useless Gesture, Calls for Day of Prayer After Hurricane Harvey
Next Post 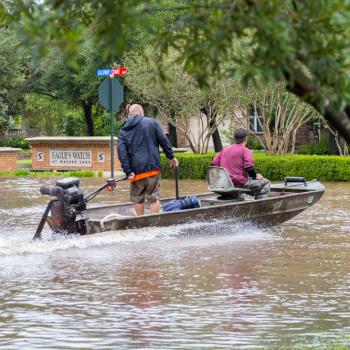