Conservative Activist: “It Won’t Be Long” Before Liberals Ban the Bible

For decades now, the Orpheum theater in Memphis, Tennessee has been hosting a special screening of Gone with the Wind as part of a series where they show classic films. But people began complaining this year that the film depicts a version of the South that “romanticizes” slavery and treats that issue as incidental to the Civil War. If we’re taking down Confederate flags because of what they represent, shouldn’t we stop treating this film like it’s a treasure?

The folks running the Orpheum felt that was a good argument, so they decided not to show the film this year. You can call that political correctness run amok, but it’s not censorship. It’s one theater saying they won’t show the film. That’s all. Not a huge deal.

But for conservatives who treat these issues as entirely black and white, this is a disaster.

The (conservative) Media Research Center’s Dan Gainor spoke with Fox News Radio host Todd Starnes this week to discuss the aftermath of Charlottesville. Somehow, they described a slippery slope from the canceled screening of Gone with the Wind to a COMPLETE BAN ON BIBLES. 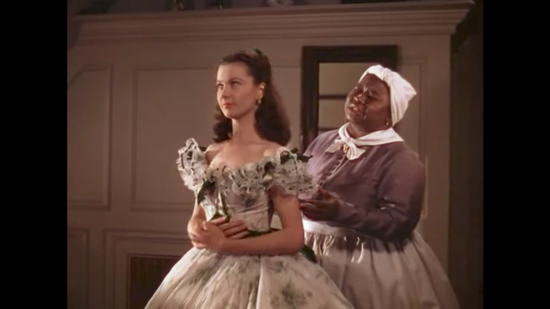 “The left is using the smokescreen of Charlottesville to go and purge everything of American history,” [Gainor] said.

When Starnes warned that the one cancelled screening of “Gone with the Wind” could lead to the book it is based on being pulled out of public libraries, Gainor agreed about the looming specter of liberal book-banning.

“When you start banning books, when the government has that power, we know what books they’ll ban,” Gainor said. “It won’t be long before the Bible is banned, it won’t be long before your books or my books are banned. Anything that the left and the media don’t like will be gone and it will fully finish their plan to remake what we are.”

These men see no difference between a culturally insensitive work of art and their holy book. No one is banning books. No one is banning the Bible. No one is burning the Bible. No atheist or liberal or church/state separation advocate I’ve ever known has suggested the Bible should be banned. They don’t want it taught as fact in a science classroom, but most have no problem with, say, a truly objective class that studies the Bible as a work of literature. And nobody would dare argue that people can’t read the Bible at home or in church. Most of us abhor censorship, and that’s especially true for material we don’t like.

What the Orpheum did wasn’t a violation of free speech. It wasn’t censorship. No one pushed for the book to be banned from public libraries. And no one suggested the Bible needs to be chucked out next.

But when you’re a conservative Christian, you have to find an angle to every story that shows the “enemy” is coming after you. Even when that’s not the case. Because without that, how will you scare people into listening to you and giving you their money?