Dave Daubenmire: God Was Punishing Houston Over Abortion and a Lesbian Mayor

Well, this was bound to happen. Someone had to say Hurricane Harvey was God’s punishment for something… I just figured that’d be tough to do in Texas.

Enter Christian Right activist Dave Daubenmire, who said on his Pass The Salt Live webcast yesterday that Houston brought the storm upon itself for allowing abortion and electing a lesbian mayor. 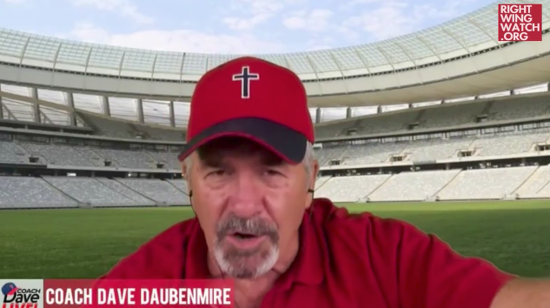 “Houston, we got a problem here,” Daubenmire said. “Could some of the problems be the result of the judgment of God coming your way because of the slaughter of unborn children? You had a lesbian mayor who wanted to look at the prayers of pastors in their churches. It’s debaucherous.”

“People tell me that Houston, Texas, is one of the darkest cities in America,” he continued. “Isn’t it amazing, Katrina slammed New Orleans — we know about voodoo and the darkness in New Orleans. Then it moved right down the coast to Houston, Texas … Boom, here it comes, now it’s underwater. Water is a sign of judgment and cleansing. Is now not the time for the voice of the church to rise up and declare, ‘Let’s stop killing the babies!’”

“I don’t want this to appear to be judgmental, but I don’t know what else to do!” Daubenmire bellowed.

Daubenmire didn’t explain the “sins” of the other Texas cities hit by the storm. Or why Texas earned no goodwill from God for being the most important red state of them all. Or why innocent people had to die as part of God’s wrath. Or why God’s punishment for electing a lesbian mayor came 18 months after she left office.

Or why, instead of being judgmental, he didn’t just keep his damn mouth shut.

(As for the mayor wanting to “look at the prayers of pastors,” it was a routine part of discovery during a legal battle. It wasn’t an attempt to censor them. But the Religious Right had a field day with the lie anyway.)

At least Daubenmire has one thing going for him. With the Nashville Statement that came out yesterday and Joel Osteen turning a chance to help the community into a PR debacle, this is hardly the dumbest thing a prominent Christian has done since the hurricane hit. 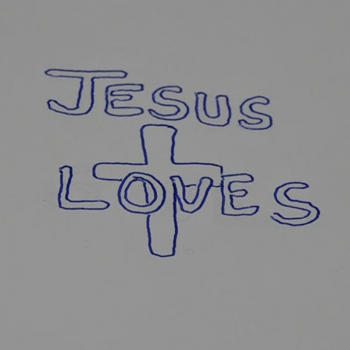 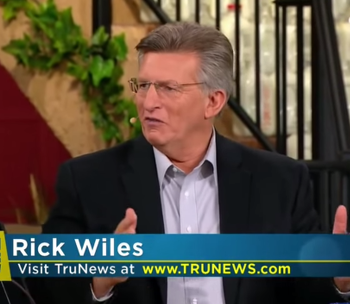