Not very many people — not even Muslims, I suspect — will sincerely refer to Islam as a religion of peace these days. In the West, the religion-of-peace moniker is mostly trotted out as a wry, sarcastic reaction to yet another Islamist bombing, slashing, stabbing, shooting, et cetera.

And so it is with the current Charlie Hebdo cover that comments on the horrible events in Barcelona, where a cell of radical Muslims left death and destruction in its wake by, among other things, plowing a vehicle into a crowd on the city’s busiest street.

The cartoon shows victims lying in pools of blood as the van that ran them over speeds away in the distance. The cover text reads Islam, religion of eternal peace — a reference to the faith in whose name too many freelance adherents cause one bloodbath after another, sending innocents to their eternal slumbers. 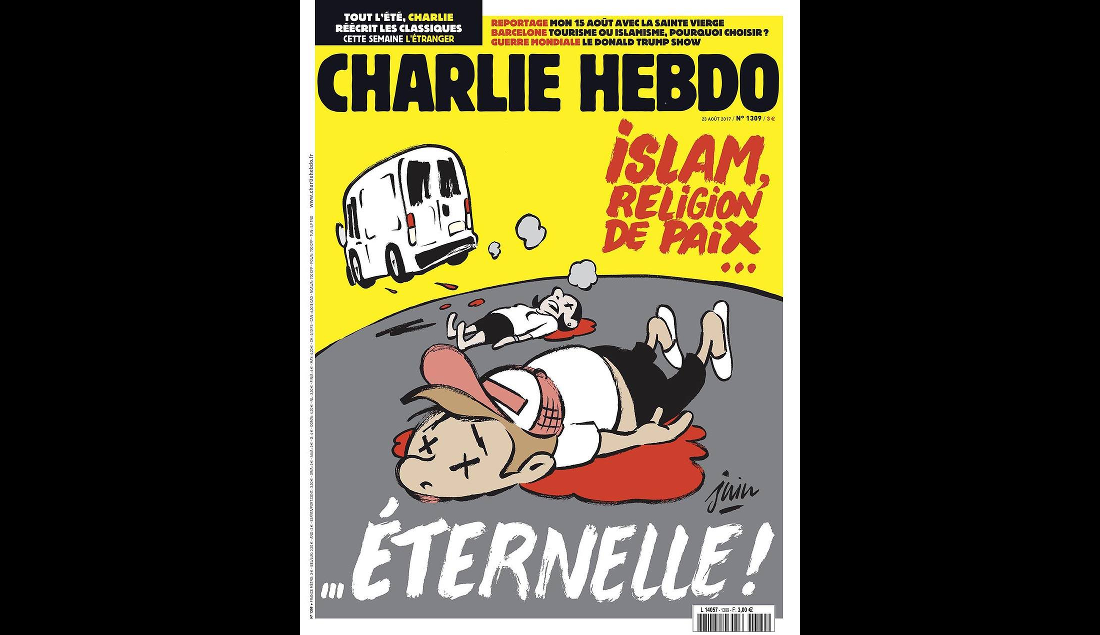 That kind of assessment seems relatively lenient to me, especially coming from a magazine whose top staff was brutally exterminated just two years ago by Allah-worshiping terrorists. But of course, Muslims and their fellow travelers in the West have a way of taking great umbrage at even the very mildest of so-called provocations.

The cartoon became one of the top trending topics in France with many arguing that Charlie Hebdo had gone too far, describing the drawing as “Islamophobic”, “racist” and “revolting.”

Speaking to BFM TV, Socialist MP Stephane Le Foll called the cartoon “extremely dangerous” and warned such association of ideas between Islam being a religion of peace and the violence of the attack could be used by others.

I wonder who Mr. Le Foll would rather have as a neighbor: any Charlie Hebdo contributor, or any of the hundreds of known Allahu-akbar-roaring Muslims who’ve methodically rained carnage on Barcelona, Madrid, Paris, New York, Washington, London, Brussels, and Berlin for years now. If the criterion is that we decry behavior that is, in Le Foll’s words, “extremely dangerous,” surely he wouldn’t have a second’s hesitation in determining which truly threatens his life and liberty, and that of all French citizens.

Moreover, as I’m sure Mr. Le Foll knows, a cartoon with a five-word caption is not a finely parsed essay. If it criticizes, it is likely to be a proverbial sledgehammer, not a scalpel. With that in mind, I don’t see any evidence that the Charlie Hebdo staff suggests that all Muslims are violent. Such an accusation would be laughable — and untrue on its face.

The butchers who are driving away in that white van however — mass murder freshly committed, religious piety and spiritual joy filling their shriveled, black hearts — are a different story. They and their brethren really do subscribe to the idea that they can massacre their way to eventual world peace — or at least, world domination.

It is worth mocking that delusion as often as is needed. 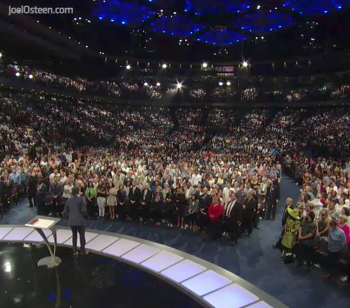 August 28, 2017
Joel Osteen's Church May Finally Be Opening Its Doors for Hurricane Victims
Next Post 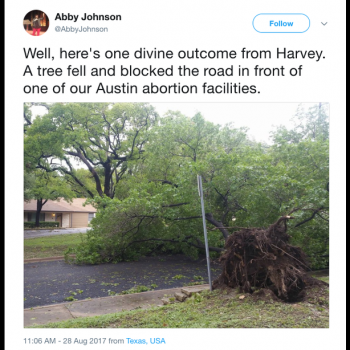