This Picture of a Standing Cross During Hurricane Harvey Is Not Uplifting August 28, 2017 Hemant Mehta

Among the many horrifying pictures of flooding in and around Houston this weekend was this one posted by @alexwestbrook11. Assuming it’s an accurate picture, it shows an upright cross in Crystal Beach, a community near the city of Galveston. (Or maybe that’s a telephone pole. I can’t tell.) 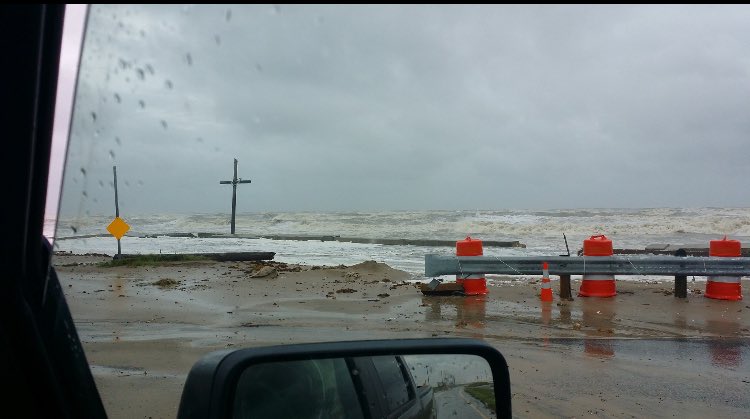 Crystal hasn't forgotten that "the wind and waves obey Him"!! (Matt 8:27) pic.twitter.com/WMpScAo6lh

The caption quotes a Bible verse, Matthew 8:27, saying “the wind and waves obey Him.” Apparently, a lot of people find this image uplifting since it’s been retweeted more than 6,500 times (as of this writing).

But there are so many things wrong with it.

Five people have died from the hurricane so far. Many were unable to evacuate in time. The cost to rebuild the city will be staggering. Yet we’re supposed to believe God sent a message by leaving this cross up?! Maybe He should’ve rerouted the hurricane instead.

Calling this cross a symbol of God’s love is like pointing to the sole survivor of a plane crash and calling her a miracle, even though the same God let everyone one else die a horrible death.

If this cross is a sign, then the message must be that God loves two pieces of wood more than humans.

And that Bible verse that he quoted is much more interesting in context because it contradicts the tweet.

In the Bible, Jesus is on a boat with his disciples when a storm threatens their safety. The disciples wake Jesus up to say they’re all in danger, and He responds, “You of little faith, why are you so afraid?” He does his Jesus Voodoo Magic and the storm calms down, leading the disciples to wonder, “What kind of man is this? Even the winds and the waves obey him!”

In other words, biblical Jesus tamed the storm. But in Texas this weekend, God failed at doing just that. This picture shows how everything around the cross is damaged, evidence that the hurricane was not calmed in any way.

It’s like God wanted to punish the entire city, so He killed a handful of people, tore down buildings, flooded the streets, and caused chaos for the foreseeable future… but He left the cross standing just to let everyone know He’s thinking about them.

A deadbeat dad who sends his son $5 on his birthday while ignoring him the rest of the year is more thoughtful than this. 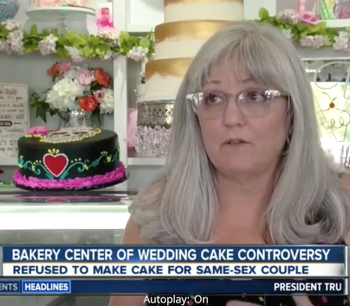 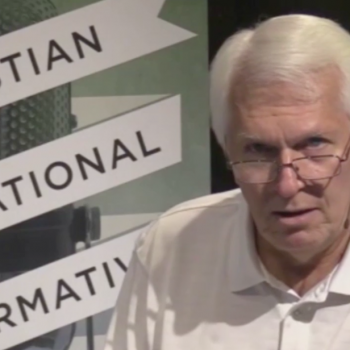