Christian Pastor: Trump’s Not a White Supremacist Since He Married an Immigrant August 26, 2017 Hemant Mehta

Christian Pastor: Trump’s Not a White Supremacist Since He Married an Immigrant

Rev. Samuel Rodriguez is the President of the National Hispanic Christian Leadership Conference. The Christian leader isn’t on Trump’s Evangelical Advisory Board, but he still defends Trump in interviews. Last year, he told the Christian Broadcasting Network that Trump was “not a racist,” and nothing Trump did during the campaign dissuaded him from delivering a prayer at Trump’s inauguration.

But it’s been more than 200 days and Trump’s ruining lives just as critics feared he would. So Rodriguez was asked again about Trump this week, just after the response(s) to Charlottesville, and his response was baffling. 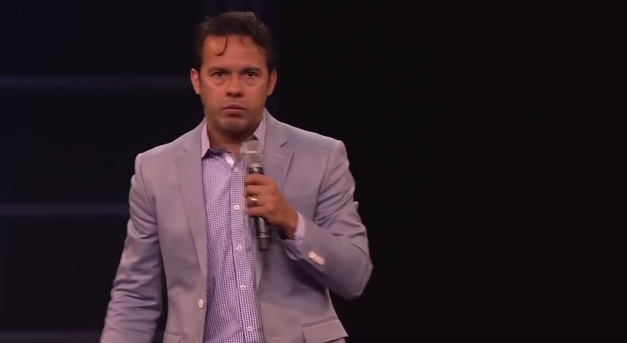 Rodriguez was asked a softball question: Given Trump’s rhetoric and policies, is he a white supremacist?

You would think a supporter like Rodriguez would say something like, “Of course not. I know the guy. He’s not a polished politician, but he respects everybody and just wants to protect our country from outsiders looking to do us harm.” That would still be an idiotic statement since all the evidence shows Trump only cares about disaffected white people who treat him like a demi-god. But at least it wouldn’t raise many eyebrows.

Rodriguez didn’t get that memo. Here’s what he told The Stream’s Randy Robison:

No. The answer is no. President Trump is not a white supremacist. I mean, he’s married to an immigrant. Intellectually speaking, from a logical continuum, you can’t have a child who is from an immigrant mother and be anti-immigrant. So it’s just intellectually naive. Right?

To recap: Trump is not a white supremacist because he married a white immigrant. And if you were smart, you’d realize that.

That’s the wisdom of the predominant Hispanic leader in the evangelical world.

I’m not sure what that response has to do with Trump’s treatment of Muslims and Hispanic people — not to mention his pardon of Sheriff Joe Arpaio, which took place after this interview — but marrying a white immigrant doesn’t negate a charge of racism. (For what it’s worth, marrying a non-white immigrant wouldn’t immunize you from charges of racism either, but that’s another story.)

More to the point: Even if Rodriguez meant to offer a defense of how Trump doesn’t hate immigrants, it wouldn’t work since there’s no shortage of evidence that Trump is a hypocrite. There’s an entire subreddit dedicated to showing old Trump tweets that contradict whatever he’s doing now. Marrying an immigrant, then blocking immigrants from entering the country is precisely the sort of thing he would do.

Rodriguez went on to say that Trump’s treated him well, therefore he couldn’t possibly be racist.

Why would he invite me to participate in his swearing in ceremony? Why does he grant me access to the White House, to the Oval Office? All of these questions have to be asked. So this is not a man that has the white supremacy thing. It’s not an accurate portrayal.

Okay. He asked the questions, so I’ll answer him.

Trump is perfectly fine with minorities who are perfectly loyal to him. He loves having token minorities supporting him because he thinks it shelters him from charges of racism. I’m not racist! I have a Latino friend! I’m not sexist! The ladies at Fox News love me! I’m not anti-Semitic. Look at Jared and Ivanka!

It’s the same reason plenty of African Americans criticize Trump despite him appointing Dr. Ben Carson to his cabinet. (Carson, by the way, is a disaster as Secretary of Housing and Urban Development.)

Rodriguez, an evangelical who will bend over backwards for Trump, won’t face any consequences in this administration. The same can’t be said of the people who suffered in Maricopa County, Arizona. Or the Hispanic families being torn apart because Trump doesn’t give a damn about their well-being. Or the children of undocumented immigrants protected under DACA, which Trump is now threatening to end.

You would think a man who represents Hispanic Christians would be more sympathetic to the people he supposedly represents. Instead, he’s a typical Christian Right leader, refusing to be a moral authority and running away from what’s right in the pursuit of power. 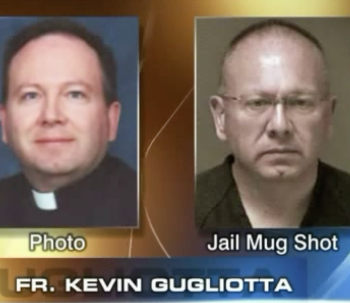 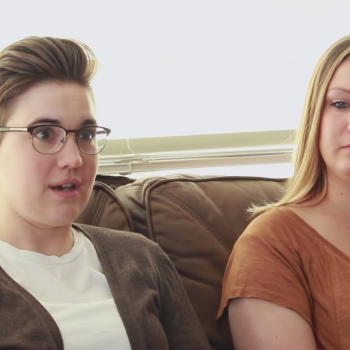