In January of 2016, Donald Trump gave a speech at Liberty University during which he quoted a passage from “Two Corinthians.” Those who attend church on a regular basis — or have even a passing knowledge of Christianity — would tell you that book is traditionally referred to as “Second Corinthians.” Trump’s gaffe was just one sign (of many) that he doesn’t go to church or think much about religion at all. He tried speaking the language of the people he desperately wanted to pander to, he screwed it up, and it’s been a running joke ever since. (“Two Corinthians walk into a bar…”)

Speaking this week with televangelist Jim Bakker, Trump’s spiritual advisor Paula White made the surprising claim that Trump didn’t really screw that line up. It was part of a set-up by a pastor who supported Ted Cruz and wanted to damage Trump’s credibility among Christians.

I guess she doesn’t realize she’s contradicting Trump’s own account of that story. 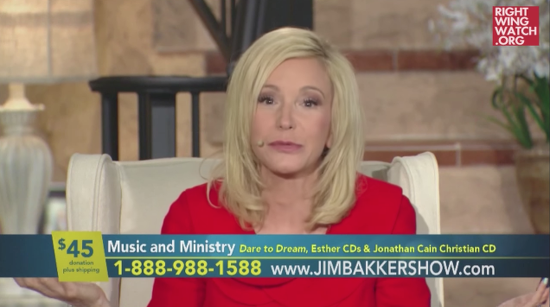 White explained (without naming names) how Tony Perkins of the Family Research Council was the one who encouraged Trump to use that verse. But it was really an act of spiritual sabotage:

White said that she was with praying with Trump at Liberty University right before his speech and she knew “there was this preacher who was coming out in the next day or two for Sen. Cruz but he had been playing Trump’s side and he’d been courting Trump.”

White claimed that right before Trump went on stage, this preacher told him to say “Two Corinthians” and so Trump went out and said “exactly what the preacher tells him to say.”

“Let’s be real,” White said. “Don’t act like everybody in the body of Christ isn’t ever used because good people can be used by bad spirits.”

“It was a set-up, people,” Bakker proclaimed, as White agreed. “Every demon in hell is after Donald Trump.”

Perkins told Trump to say that! Blame him!

That might be plausible… if Trump hadn’t offered a different explanation just days after his gaffe.

Perkins really did encourage Trump to cite that verse. That’s not in doubt. But he didn’t purposely whisper the wrong pronunciation in Trump’s ear, and even Trump admits that.

“Tony Perkins wrote that out for me — he actually wrote out 2, he wrote out the number 2 Corinthians,” Trump said. “I took exactly what Tony said, and I said, ‘Well Tony has to know better than anybody.’ ”

“No, I don’t dispute it at all. I wrote the scripture reference, which is 2 Corinthians 3:17, which is how it’s written,” [Perkins] told CNN’s Erin Burnett on “OutFront.” “I’m guilty as charged. That’s exactly what I did. I sent him a couple of suggestions of some things he could talk about as a connection point.”

“It shows that he’s not familiar with Bible,” Perkins added. “Donald Trump’s a very interesting guy. There are some things about him that I find fascinating, that I like about him, as well as other evangelicals.”

I don’t say this often, but Perkins’ version of the story makes sense. That is how the verse is written, and Perkins (wrongly) assumed Trump would know how to say it.

So the question now is why White is lying.

Did Trump tell her a different version of the story? Or did she just make something up in an effort to make him look better in front of a Christian crowd? 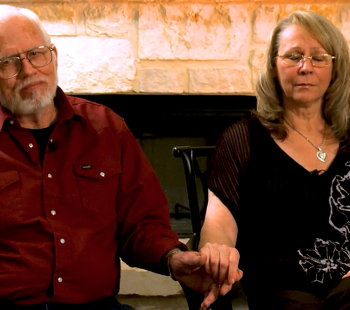