Christians and Atheists Speak a Different Language on Facebook

In 2013, a study published in the journal Social Psychological and Personality Science found that Christians seemed happier on Twitter than atheists, judging from the words they used. Atheists also swore a lot more.

I thought there was a perfectly good explanation for that, and it wasn’t that Christians were nicer, kinder, or less angry. Simply put, when atheists (who identify that way) are on Twitter, we’re likely to talk about problems with religion. We’re reactionary for a reason. Internet Christians, on the other hand, talk a lot about God and their churches. They share images with Bible verses. On the whole, they have little reason to complain.

There was a new study published today in the same journal about roughly the same topic. Researchers from the University of Pennsylvania wanted to know if there was a difference between religious and non-religious people when it came to Facebook statuses. To do that, they used a now-defunct app called MyPersonality. If you installed that app, among other things, you were consenting to let the program monitor and collect information from your profile. So all your status updates could be mined for research purposes. That app shut down a few years ago, but the data is still available, so these researchers got to work.

The most interesting result came from what they called a “differential language analysis” (DLA). In essence, DLA let them figure out which words were a dead giveaway that you were in one group or the other. Sure, we all use words like “person” and “feel,” but which words were strictly in one camp?

Here’s what the data showed for religious people: 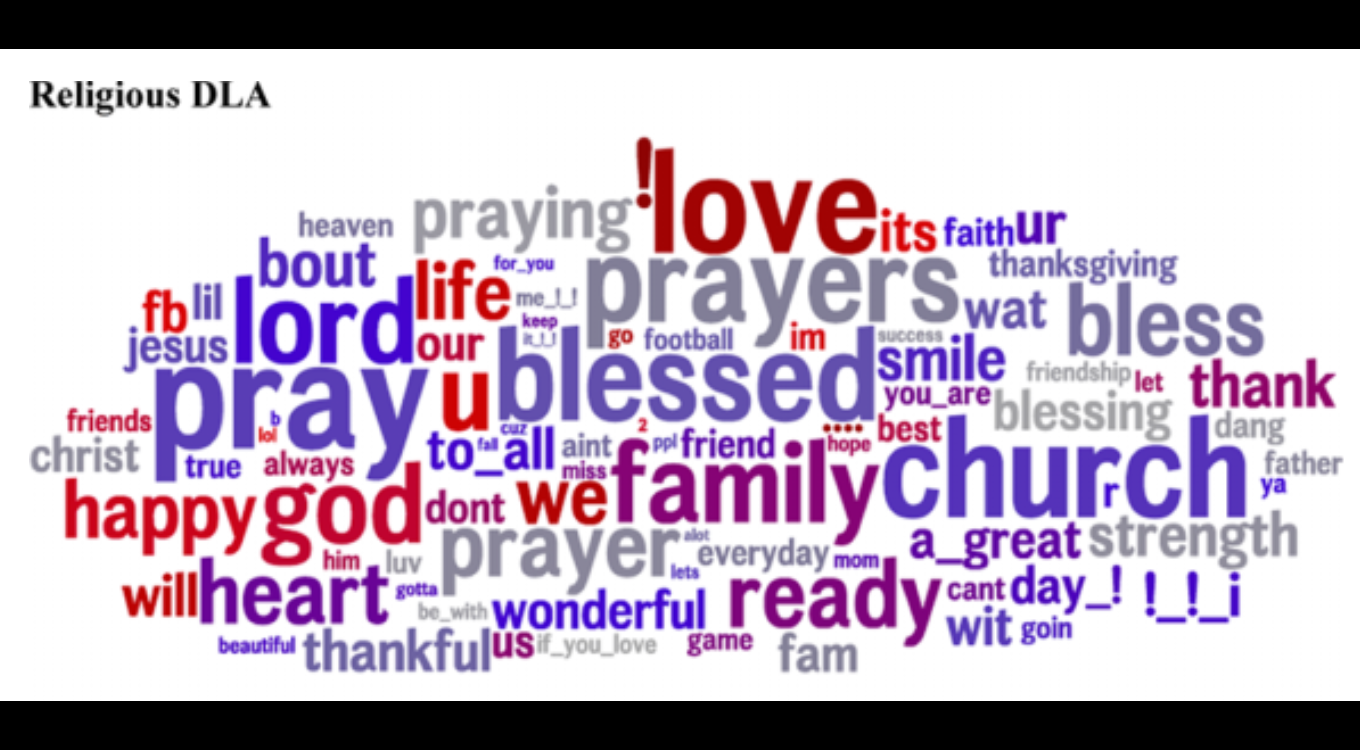 The size of the word tells you how much of a dead giveaway it was. And the more colorful the word, the more often it was used.

No real surprise here. You expect religious people to talk about praying, church, and blessings. It’s somewhat amusing that “u” and “ur” point to religion.

Now what the the data show about atheists…? Oh boy. 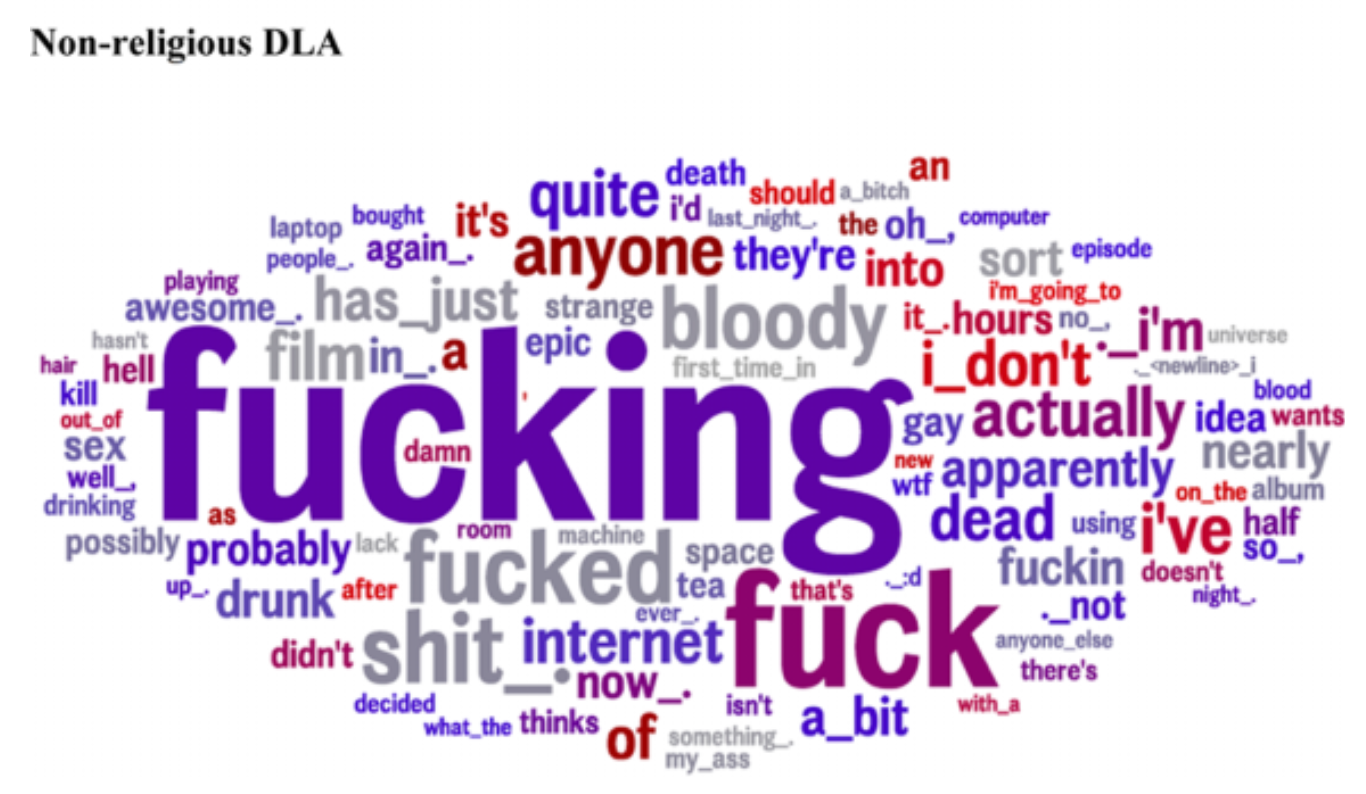 I suppose that curse cloud makes sense, too. I don’t see a lot of devout people dropping an F-bomb in their updates. Ditto with the phrases “a bitch” and “my ass.” Not that words are inherently bad. (If you cringed when you saw that picture, maybe it’s because you’ve been raised to believe there’s something wrong with swearing.)

But again, this isn’t to say we’re uniquely “angry.” Only that the internet is a place atheists often go to release our frustrations — often about religion — and we don’t censor ourselves.

The researchers noted this in their analysis, suggesting that “religion may encourage people to present a more positive facade, despite whatever emotions are actually being experienced.” It’s also possible, they said, that atheists don’t have any formal taboos against swearing or talking about sex, so there’s less pressure against using those words. That also applies to discussing death.

As with any study, there were limitations here. (I’m especially curious how big the difference is between the words we use online and the words we say in person.) But it’s a neat way to see the differences between how people of faith and no faith conduct themselves on Facebook.

In case you see articles about this study online, let’s hope they all note that this isn’t a value judgment. There’s nothing wrong with the words atheists use online. The unique words we use are just different from the unique ones religious people tend to use. And again, remember that atheists tend to vent online. (It’s not like most of us discuss religion in a private setting once a week.) Believers have the luxury of not having to fight for their rights all the time. Their views are represented at the highest levels of power.

No wonder they’re so damn happy. 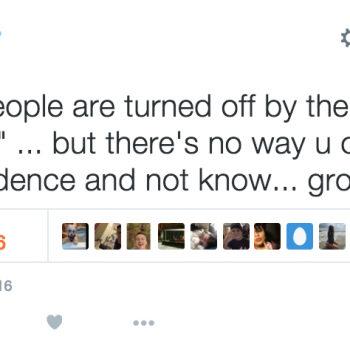 August 21, 2017
Rapper B.o.B., Who Says the Earth is Flat, Tweeted His Way Through the Eclipse
Next Post 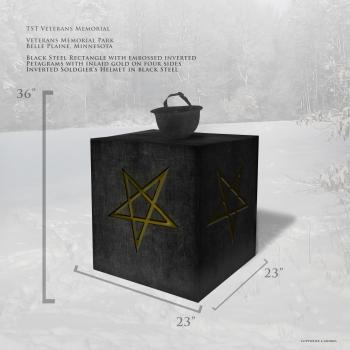