By now you’ve probably seen this fantastic picture by Andrew Shurtleff of The Daily Progress of a Charlottesville resident (Lara Rogers) flipping off a young man in Confederate garb. It’s an image that launched all sorts of hilarious captions.

My dearest Clara,
Morale is low. The men miss their videogames and we are badly outnumbered. However we must press on…
(ht @as_per_ushe) pic.twitter.com/EnUI2D72GP

The man in that photo is Allen Armentrout and he showed up in Charlottesville last Tuesday to defend the South. He told one newspaper that neo-Nazis and white supremacist groups were tainting the Confederacy’s history and he wanted to reclaim it. (Spoiler: Even ignoring the KKK and Nazis, the Confederacy is still pretty damn awful.) 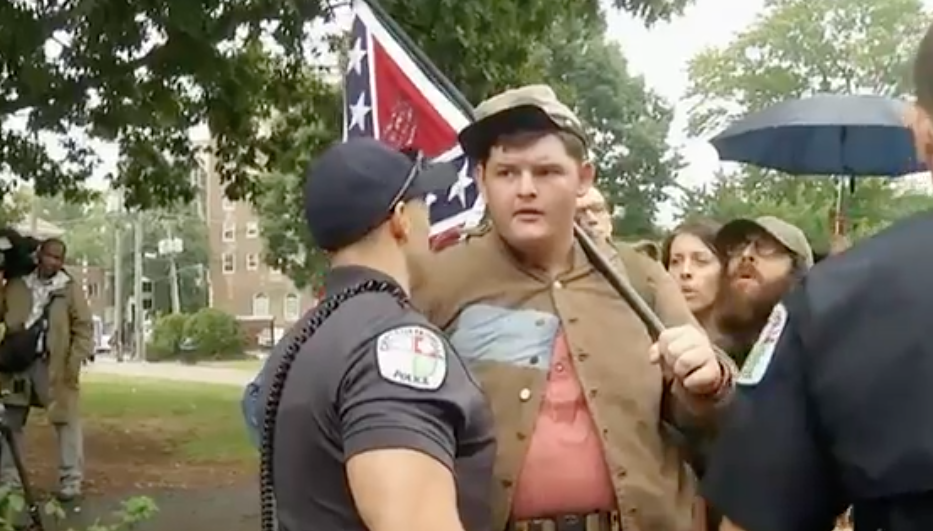 Armentrout is now paying a penalty for his actions. He just got kicked out of Pensacola Christian College, where he was about to begin his final year.

“I have been released from my school and will be unable to return to college to finish my senior year,” said Armentrout. “I’m processing this and making adjustments to my life to compensate for this scrutiny.”

Armentrout says getting the news about his removal from the school has been gut-wrenching.

“I’m a born-again Christian and I believe this wrench has hindered my attempt to serve the Lord. I believe a Christian institution should support patriotic individuals who want to stand for American tradition and beliefs. It really hurts me a lot when you try to do what’s right and you get attacked,” said Armentrout.

Weep for him, everyone. Weep for him. He drove hundreds of miles, dressed up like a Confederate soldier, and saluted a statue of Robert E. Lee… but god forbid someone take his picture and make his life difficult.

I’m actually surprised Pensacola Christian College kicked him out. This is a school so irrational, female students in pajamas are forced to put on knee-length shorts or a skirt before running outside in the event of a fire so that they’re not immodest. You have to do something really bad before they kick you out, like dancing, playing with cards, vaping, or being gay. They never seem to kick anyone out for good reasons.

But defending the South — and all the horrible things they stood for — crossed the line. Honestly, I don’t know what rule he broke other than bad judgment. Sounds more like he was just giving the school bad publicity. Whatever the reason, PCC isn’t saying anything. It’s a private school. Administrators can do whatever they want. And I doubt people are jumping over each other in an effort to defend him. 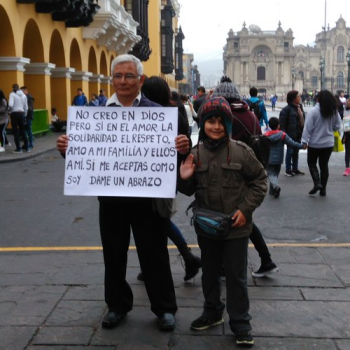 August 21, 2017
Peruvian Atheists Are Fighting Stereotypes By Asking for Hugs
Next Post 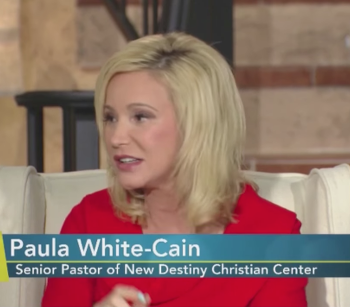