Apparently the Founders Helped End Slavery By Omitting It from the Constitution August 19, 2017 Hemant Mehta

As Confederate monuments come down around the country, we’ve also heard a common rebuttal that this is a slippery slope that will also lead to the removal of statues of people like George Washington and Thomas Jefferson because they were slave owners. That’s shouldn’t be ignored when considering their legacies, but we can also recognize their contributions to the founding of the country.

But if you’re a conservative Christian who hates it when people point out the flaws of the Founding Fathers, this was a perfect week to spin history.

Stuart Shepard of the Family Policy Alliance (the policy arm of Focus on the Family) notes that the Founders secretly wanted to end slavery. And we know this because they conveniently left the word “slavery” out of the Constitution, paving a way for their descendants to abolish it several decades later. 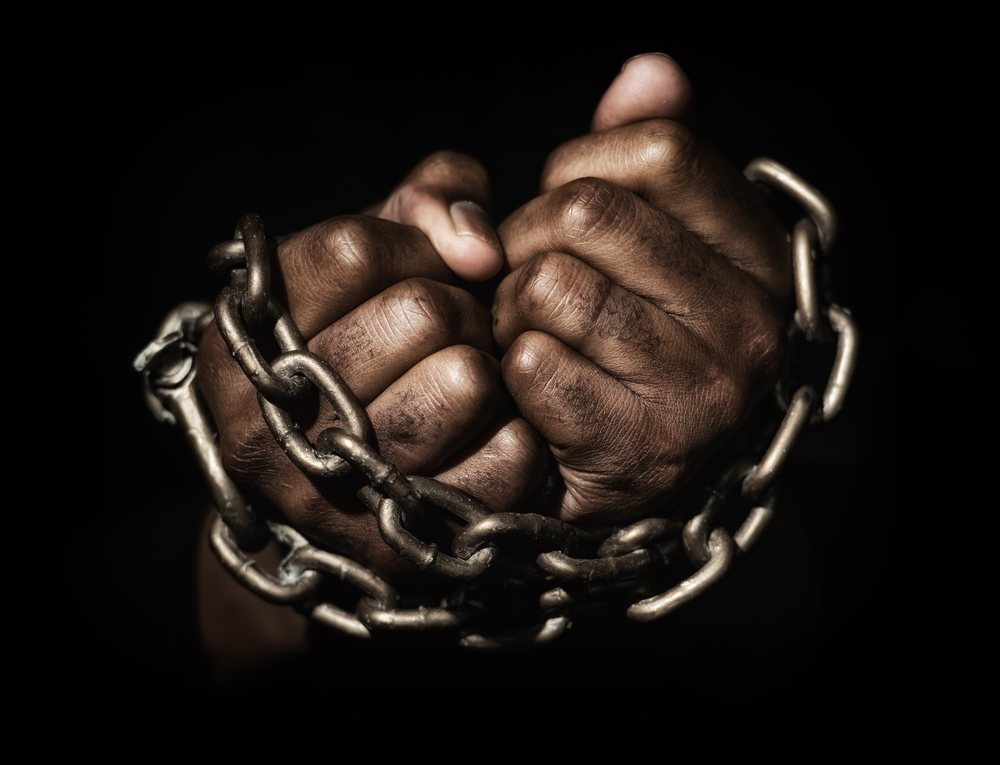 Shepard was quoting Hillsdale College professor Matthew Spalding when he said this:

I won’t pretend to be as brilliant as Dr. Spalding, but here’s the gist of what he said: The Founders meticulously avoided enshrining forever in our cornerstone document the idea of one human being owning another. Looking down the long hallway of history, they left open a door for the end of the slave trade in this very new United States of America.

And, sure enough, about 75 years later, it was done.

That path was made easier, thanks to the foresight of the Founders. Many of them knew slavery was wrong, but they also knew they couldn’t change it in their lifetimes. So, they left open a door for when the time was right, when the nation was ready.

By that logic, Christians should be perfectly fine with same-sex marriage since Jesus never forbade it. He must have left an opening so that it could be legalized thousands of years later.

Stuart is just flat-out wrong, of course. There’s no evidence suggesting the Founders had any intention of ending slavery and did so by playing 4-dimensional chess with the Constitution. It’s wishful thinking. There was an entire war fought over the issue. Slavery wasn’t resolved because the Nicolas Cage of the 1860s started reading between the lines of our original documents.

And just because the Constitution didn’t explicitly ban women from voting doesn’t mean the Founders were just setting the stage for the 19th Amendment. It’s called an Amendment because they screwed up and future generations had to rectify it.

If the Founders deserve praise in this entire batshit theory, it should be for leaving the door open for future changes to the Constitution, not for anticipating what those changes would be.

Stuart also says slavery ended 75 years later, referring to the passage of the 13th Amendment. That’s a rather convenient way of brushing aside the entire Civil War.

But this whole argument tells you how conservative Christians think. They’ll go to ridiculous lengths to justify the true goodness of people who did bad things. It’s the same reason they’ll tell you God allows for starvation and genocide around the world… but only because it’s part of some bigger plan we just don’t understand right now.

They always create an out for themselves and their beliefs. They refuse to accept that Richard Dawkins was right in his description of the God of the Bible or that the Founding Fathers, some of whom were Christian, just didn’t give a damn about ending slavery.

(via NewsVideoClip.tv. Image via Shutterstock. Thanks to Michael for the link)

August 19, 2017
KY Governor: Charlottesville Happened Because We Took the Bible Out of Schools
Next Post