An Eclipse Helped Me Find God, Says Photographer Who Doesn’t Get Science

The headline on this PBS NewsHour article by Lesley McClurg read, “An eclipse made this atheist photographer find God,” so I had to read it. What was so special about an eclipse that someone magically “found God” as a result?

I can’t decide if the answer is disappointing or confusing.

Mark Bender is the photographer in question, and the story (which originally appeared at KQED Science) involves an eclipse in Scotland in 1999. There was a good change the weather wouldn’t cooperate, but Bender made the trip to a nice viewing spot anyway. And wouldn’t you know it? The weather finally cleared up just as the eclipse was happening.

“The clouds literally started to part as if like the Red Sea!” said Bender.

Then he was struck with an epiphany.

That’s it. That’s all it took. A perfectly natural eclipse happened, he saw. it, and therefore Jesus totally came back from the dead and will return again one day.

Forget qualifying as interesting science. That wouldn’t even qualify as a good anecdote to tell in church.

If your beliefs are transformed because the moon passes in front of the sun, let’s admit they weren’t on solid ground to begin with. Bender sounds like every Christian apologist with an “atheist” past, whose godless beliefs amounted to nothing more than, “I never thought about religion until THIS THING happened, and now I’m a True Believer™.”

What the hell were the people at KQED and PBS NewsHour thinking when they passed this off as an interesting science story? 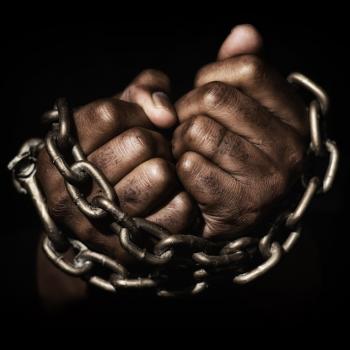 August 19, 2017
Apparently the Founders Helped End Slavery By Omitting It from the Constitution
Next Post 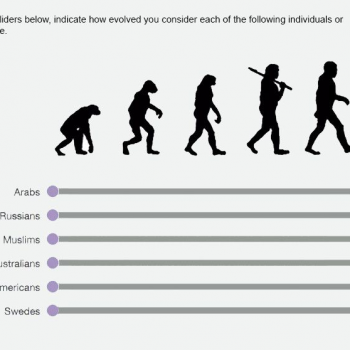