Baptist Preacher: The Antichrist is a Black Catholic Syrian Jew

Pastor Gene Kim, an independent fundamentalist Baptist preacher at San Jose Bible Baptist Church, wants you to know that the Antichrist is real and he’s a black Catholic Syrian Jew. And if you think the Antichrist can’t be all of those things simultaneously… well, I guess that makes you a heretic.

Don’t you dare challenge him on that either because he’s got a whiteboard. 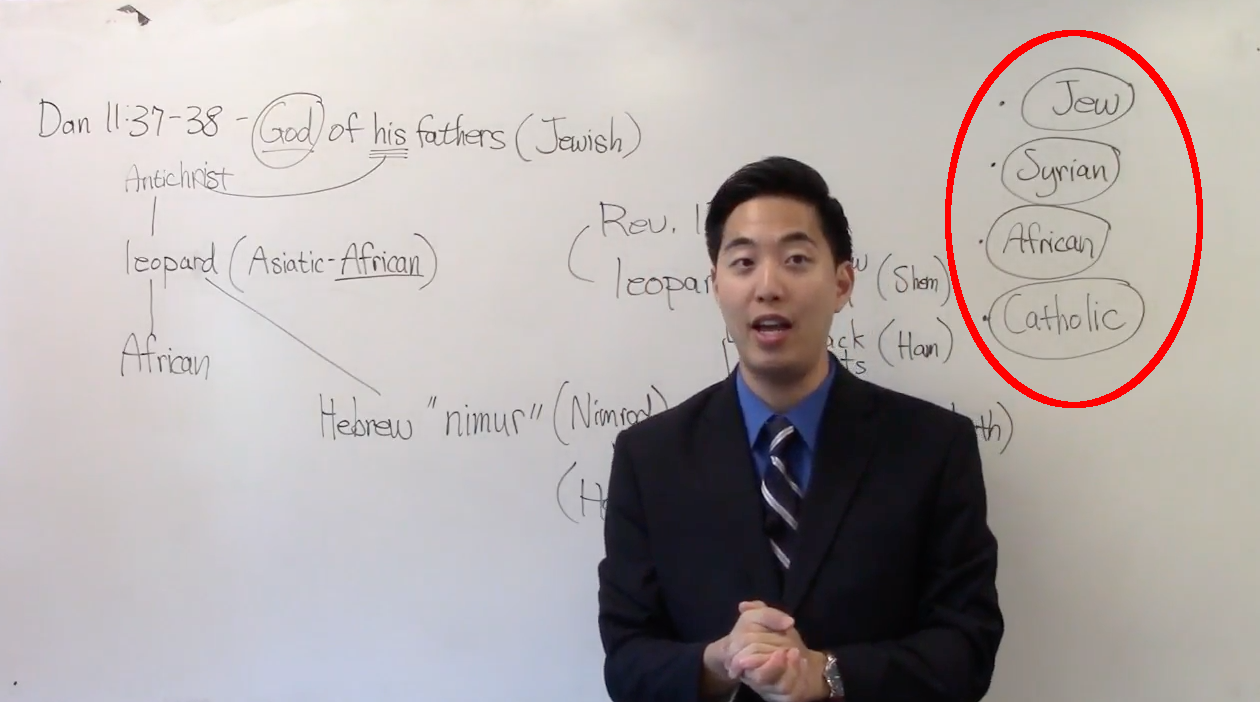 I would post some of the transcript, but it’s all batshit crazy. The entire video is dedicated to justifying why Kim’s description of the Antichrist makes sense in his mind… and it involves a lot of logical leaps (shocking, I know) between various parts of the Bible and what they really mean.

Keep in mind this is a pastor who thinks the Earth is hollow and Hell exists in its core… so maybe take what he says with a grain of salt.

But if Barack Obama, Al Franken, Stephen Colbert, and the ghost of Steve Jobs ever have a child together, the world better watch out.

August 18, 2017
Islamic Think Tank Comes to the Defense of Atheists in Malaysia
Next Post 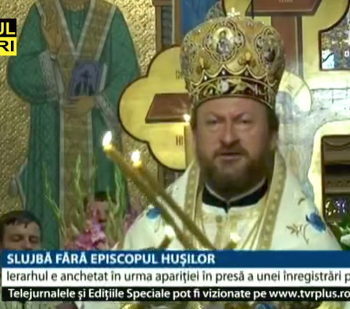 August 18, 2017 Romanian Orthodox Bishop Resigns After Gay Sex Tape Comes Out
Browse Our Archives
What Are Your Thoughts?leave a comment