Ken Ham: If People Don’t Believe Genesis, They Won’t Trust the Rest of the Bible

Creationist Ken Ham has finally figured it out. He deserves a round of applause. 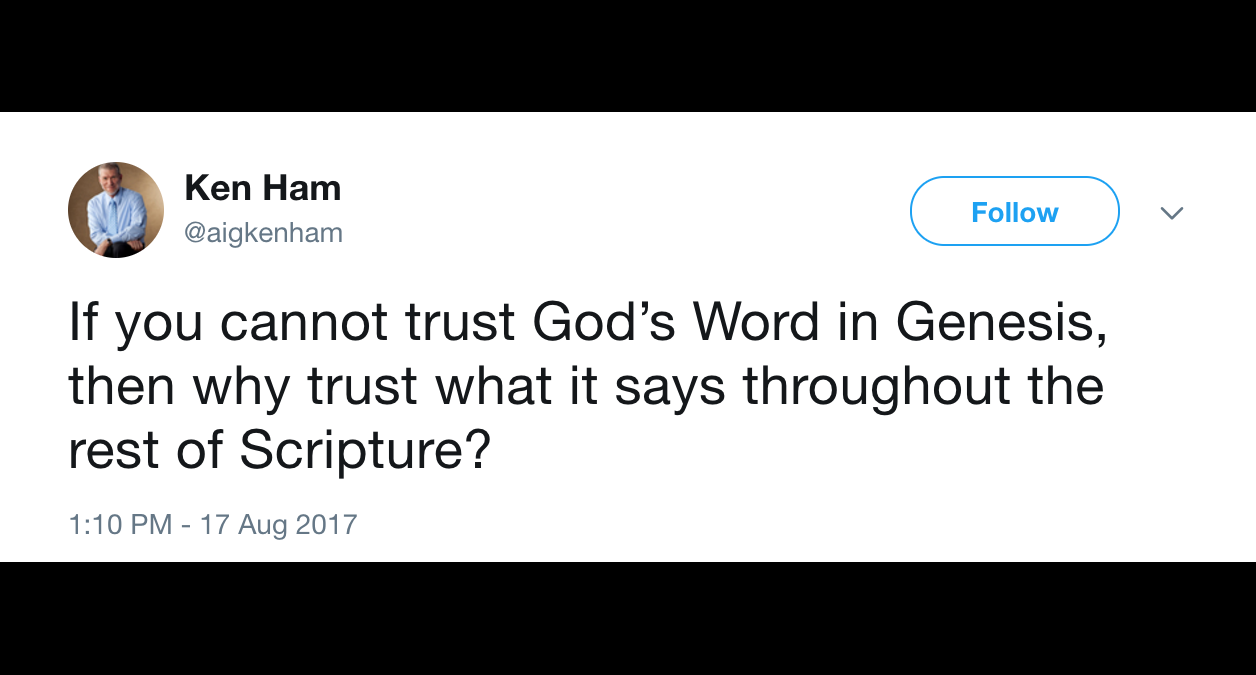 If you compromise in Genesis, then it opens the door for more compromise throughout Scripture.

That’s right. If the first pages of the Bible are a myth — and they are — it puts all the other stories in jeopardy, too.

Ham spent more than $100 million on Ark Encounter and tens of millions on the Creation Museum to prevent that first domino from toppling, but there’s no evidence that suggests it’s working. Belief in Young Earth Creationism, while still far too high, is lower than it’s ever been.

All the more reason we need to keep working to show people that Genesis should not be taken literally, nor should the rest of the Bible.

By the way, I love the responses to Ham’s tweet:

This is the most intelligent post you have ever made. Congratulations, there's hope for you yet.

Correct, which is why I don't trust any of it.

Good point. I guess I don't believe in any of it

Exactly! Glad you're finally seeing the light! I know – truth and facts are scary, and fairy tales make you feel safe. But it's ok.

Golf claps all around. 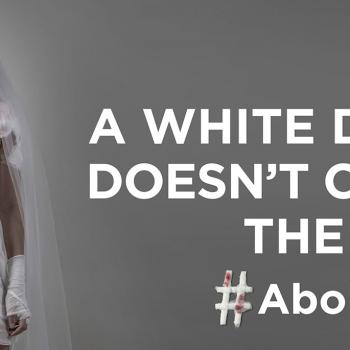 August 17, 2017
Women in Lebanon Are No Longer Forced To Marry Their Rapists
Next Post 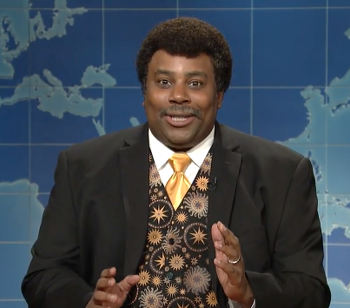 August 18, 2017 On SNL, "Neil deGrasse Tyson" Explains His Plans for an Orgasmic Solar Eclipse
Browse Our Archives
What Are Your Thoughts?leave a comment