Michele Bachmann Is Now “Pastor to the United Nations” for a CA Megachurch August 16, 2017 Hemant Mehta

Here’s a question none of you have been asking lately: What is former Congresswoman Michele Bachmann up to these days?

Jim Garlow runs Skyline Church in California. The church runs projects such as the Jefferson Gathering, in which preachers come together with Christian politicians to pray for things like getting Satan out of the Capitol.

Garlow’s latest project is a ministry specifically focused on the United Nations. Because what better way to preach to people from all over the world than going to a place where representatives gather? And heading up that ministry will be Bachmann… who has nothing but contempt for the UN itself. 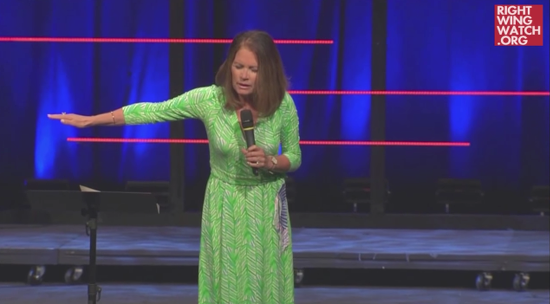 “I don’t know a darker, more deceived place on earth than the U.N.,” she said. “Because as we saw at the Tower of Babel, that’s probably the last time when we saw all the nations of the earth come together in a moment of deception … Their goal has been from the very beginning, the creation of a one-world order; but not a one-world order under the umbrella of the Holy Spirit, a man’s attempt at a one-world order that only brings about chaos, confusion, deception, delusion, pain. And that’s where, rather than cursing the darkness, Skyline Church is about to light a candle.”

It’s unclear what Bachmann will actually do. Will she preach inside the building? Hold gatherings for UN representatives who want to pray for whatever Conservative Jesus wants that day? Attempt to convert the representatives from Muslim nations?

I guess we should be glad, though. The woman who lives in her own world will be trying to convert people from other countries. They can ignore her if they want. At least it means she’s not trying to get back into politics. We have enough batshit to clean up with the current crop of Republicans. 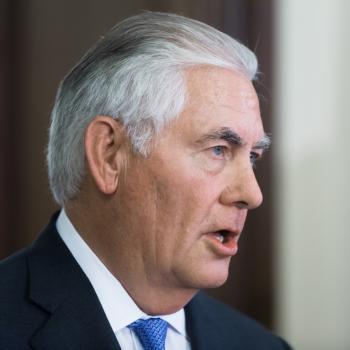 August 16, 2017
Secretary of State Says Atheists, Too, Are Victims of Religious Persecution
Next Post 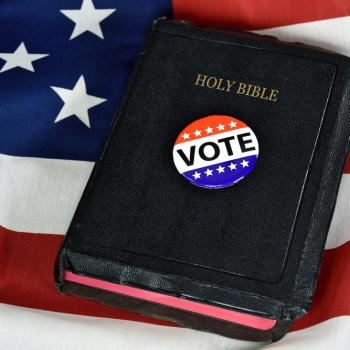 August 16, 2017 CEOs Are Abandoning Donald Trump, But His Evangelical Advisors Are Staying Put
Browse Our Archives
What Are Your Thoughts?leave a comment