I know I just posted yesterday about Pastor Logan Robertson, an independent Baptist preacher at Auckland, New Zealand’s Westcity Bible Baptist Church, but he’s not done saying idiotic things, so here we are.

In a sermon on Sunday, he talked about his opposition to women’s suffrage before denouncing Jacinda Ardern — an Agnostic member of Parliament, the leader of the Labour Party, and possibly the next Prime Minister of the country (depending on how next month’s elections go) — because she’s a woman in politics. 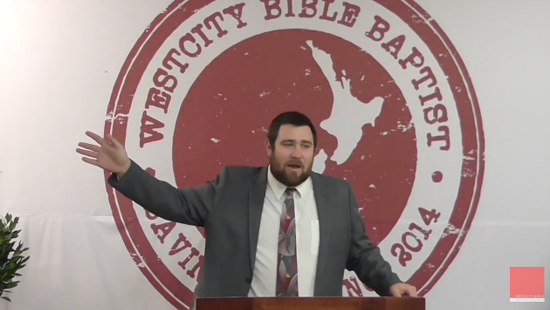 … I sure wouldn’t be voting for that new Labour lady. What’s her name? Jacinda? Is that her name? Jacinda? I don’t even care what her name is… The Bible actually says that it’s a curse for a nation to have a woman ruling over them. That’s a curse!… Don’t vote for Jacinda. She needs to shut up… go home, get in the kitchen where women belong, and bake a cake for her boyfriend. That’s where she needs to be… She’s wicked as hell.

The popular politician who running neck and neck with the current Prime Minister in polls needs to get back into the kitchen and bake a cake… while the bigot pastor who spews hate to an audience of who-knows-how-few-people acts high and mighty because he’s a man. That’s a hard sell right there.

I don’t know what’s more disturbing: A pastor who says shit like this or the sound of babies crying in the background since it suggests parents are bringing their kids to this church.

(Thanks to Sakura for the link) 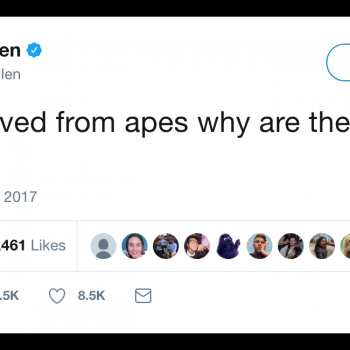 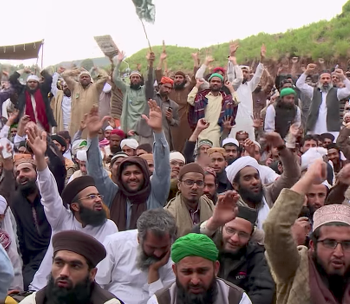