Joshua Feuerstein: The Real Racists Are At Planned Parenthood

As Beth wrote about yesterday, you can’t separate the white supremacy march from over the weekend from the presumed Christian faith of many of the participants. No doubt there were many Christians protesting the event, too, but there’s always been a biblical basis for the white supremacy movement.

Evangelist Joshua Feuerstein doesn’t like that people are bringing that up, though. He’s almost as mad that people are saying the KKK is a Christian organization as he was when Starbucks came out with a red cup. 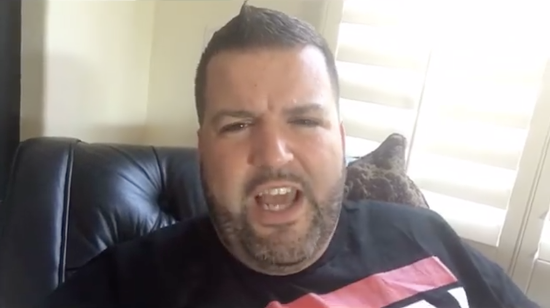 Here’s the reality: [The marchers] are no more a Christian than I am a bodybuilder. You see, I can run around and say that I’m a bodybuilder, but if it’s just in word and not in deed, then it shouldn’t carry much weight.

… Stop calling these people Christians! The Bible explicitly says that if you claim to love God and hate your neighbor, you’re a liar! That’s why racism is of the devil, ladies and gentlemen.

Let’s give him some credit. He denounces racism, which is a good step. He uses some self-deprecating humor, which is always a plus. But the rest of what he says is complete nonsense.

And, yes, the KKK has Christian roots as well. Lighting a cross on fire was originally considered a way to spread the light of Jesus and served as a “symbol of sacrifice and service.”

That doesn’t mean American Christians today endorse the hate. (Just like how nearly all American Muslims denounce terrorism in the name of Islam. Funny how that works.)

And all of this moral superiority talk is rich coming from Feuerstein of all people. The man who says “if you claim to love God and hate your neighbor, you’re a liar!” is the same guy who routinely makes anti-gay tirades and threatens people who disagree with him.

In fact, for a guy who just made a video supposedly denouncing the Nazis, he also said Kentucky clerk Kim Davis getting punished for refusing to issue marriage licenses to gay couples meant the “Christian Holocaust has officially begun.”

So this isn’t someone with a good track record on Nazi references.

But at least he’s denouncing racism, right? Finally, a Feuerstein video that doesn’t make viewers cringe? No chance of that. He spent the second half of the video taking on the real racists: The people who run Planned Parenthood.

… if you really want to look at racists, look at stuff like Planned Parenthood, where 70% of their abortion clinics are in low income minority neighborhoods and they were founded by somebody, Margaret Sanger, who said that she wanted to exterminate black people.

I don’t know if 70% is accurate, but more than half of Planned Parenthood facilities are in low-income neighborhoods. And that’s a good thing. For many people in those communities, Planned Parenthood is the only access to health care they have — and abortion is only one of many, many, many services provided. Removing those facilities would hurt those patients.

And the claim that Sanger wanted to “exterminate black people” is patently false. It’s just another rumor research-phobic people like Feuerstein perpetuate because looking up the facts would take away time from yelling at everyone.

He could’ve made a strong statement against racism. He could’ve talked about how his faith inspires him to fight for the rights of the oppressed. Instead, he used a white supremacist rally to whine about his ideological foes and rant against Planned Parenthood. 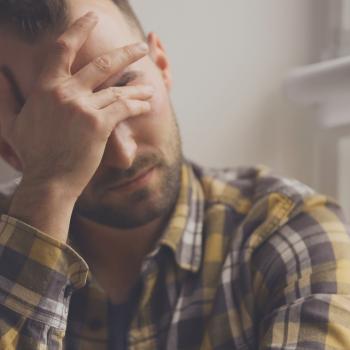