I’m Christian, But I Can’t Ignore My Faith’s Role in the White Supremacist Rally

Your social media feeds are likely inundated with posts from Christians eager to defend their religion against the stain of the white supremacists who stormed Charlottesville, Virginia over the past few days. They’ll use the hashtag #NotAllChristians. They’ll remind you, for the umpteenth time in two thousand years, that “real” Christians aren’t bigoted and “true” Christians look nothing like those in white hoods.

I will not be one of them. 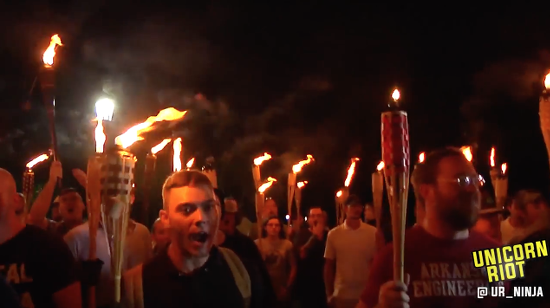 Truth be told, I’m probably as annoyed by the refrain of #NotAllChristians as you are. That may sound odd, coming from someone who is still part of that tribe (an Episcopalian, to be precise), but these “reminders” that not all Christians act a certain way is irritating.

I’m well aware — and non-Christians are always quick to point out — that the most powerful representatives of American Christianity are the ones with the biggest platforms in politics, business, and entertainment. And far too many of them — whether they’re excusing bad behavior by Donald Trump, selling buckets of food to people who fear the end of the world is near, asking for “seed” money that only benefits the televangelist, or spending $100 million on a boat that misinforms people about science — give the minority of us a bad name.

They are, in fact, speaking for American Christians. Ignoring this helps no one.

It also doesn’t help the Christian movement to pretend that white supremacy was not a critical ingredient in the building blocks of this country. History books can white-wash this as much as they want, but facts are facts. Much of this country’s “greatness” was built on the backs of brutalized minorities, robbed of the freedom our Founding Fathers claimed was for everyone. Historically, much of American Christianity is actually “Empire Christianity.”

And yet Franklin Graham, who’s usually so quick to respond when transgender people want the right to use the proper bathroom, waited until late last night to say anything. Even then, his statement mentioned nothing about white supremacy or the Christians who took part in the violent rally. Vice President Mike Pence, the man whose identity is intertwined with conservative Christianity, only echoed Trump’s own vague words on Twitter, adding nothing about who the enemy was, acting as if both sides deserved blame.

Though I hardly recognize the Jesus that racist Christians claim to worship, it’s time to admit that being a Christian and a bigot are not mutually exclusive identities. Though it seems contradictory (especially with the knowledge that Jesus was Jewish), even the most die-hard bigots say they practice Christianity and love Jesus. Who are we to question that?

Sam Harris began The End of Faith with a story of a hypothetical terrorist attack designed to kill innocent people and asked of the terrorist, “Why is it so easy… so trivially easy — you-could-almost-bet-your-life-on-it easy — to guess the young man’s religion?” Using similar logic, is there any doubt which religion is followed by the vast majority of white supremacists marching with their tiki torches in Virginia?

I firmly believe that racism is antithetical to what the gospel represents — and many vocal Christians agree — but the relationship between religion and cognitive dissonance is a tale as old as time.

As much as I want to prove that I’m different — that I’m not like “those Christians” giving my faith a bad name — I know that preaching from the pulpit of social media won’t make a difference.

The best I can do is prove it with my compassion. And my vote. 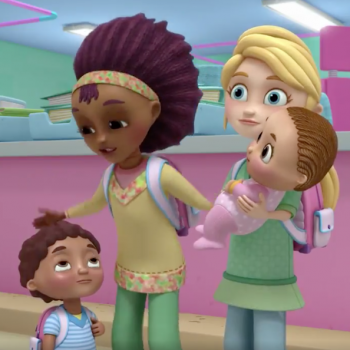 August 13, 2017
Conservative Christians Are Flipping Out Over a Disney Cartoon with Two Gay Moms
Next Post 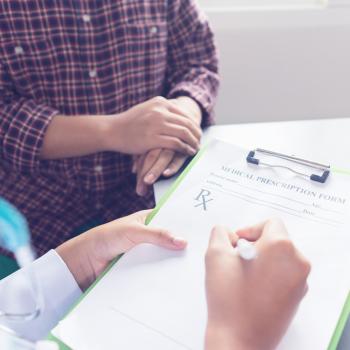