Conservative Christians Are Flipping Out Over a Disney Cartoon with Two Gay Moms August 13, 2017 Hemant Mehta

The animated Disney Channel show Doc McStuffins aired an episode last week featuring a family with two moms. In the episode, the interracial family gets separated during an earthquake, only to be reunited by the main character. That’s it. The “two moms” thing wasn’t the point of the episode. It wasn’t highlighted. There was no “advocacy” of anything. They simply existed.

Yet the Christian Right has been going bananas over it. Because showing the existence of lesbians obviously means Disney hates Jesus. 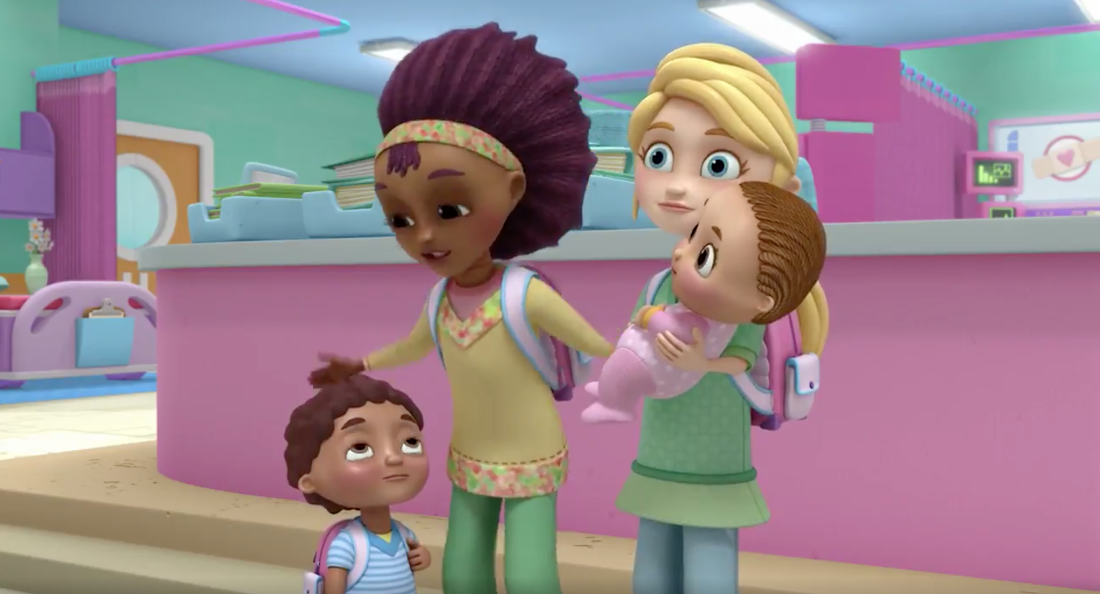 The group One Million Moms (Number of Twitter followers: 3,726), urged members to complain to Disney over the issue because how dare they send the message that lesbians are people?

Controversial topics and lifestyle choices should be left up to the parents to discuss and Disney Junior should not introduce this to young children. Just because an issue may be legal or because some are choosing a lifestyle doesn’t make it morally correct. Disney should stick to entertaining and providing family-friendly programming instead of pushing an agenda.

I repeat: There was nothing “controversial” about the episode. The only “lifestyle” message in there is that families are good. If the existence of gay people threatens you, you should never open the door to your bubble.

LifeSiteNews’ Claire Chretien published “12 facts you need to know” about the “pro-gay” cartoon. They included mention of how the show’s creator is gay and (cue scary music)
Michelle Obama once lent her voice to an episode. And you know what that means. (I have no idea what that means. Someone tell me.)

The most laughable complaint comes from another Patheos blogger, G. Shane Morris, who treats this show — which, let’s be honest, most of you hadn’t even heard of before reading this post — as an existential crisis for Christianity.

Christians, there is an earthquake underfoot, and it’s past time to have an emergency preparedness plan. We’ve got to abandon the illusion that we can let the dominant culture raise our children, and still expect them to be meaningfully Christian… From the moment they can walk and speak, this world begins trying to make disciples of them. It wants nothing less than their souls, and it’s not afraid to fight dirty, using cute, bulbous-eyed digital cartoons as propaganda.

Morris goes on to cite the discredited research by Mark Regnerus that supposedly showed gay families fared worse than straight ones.

I didn’t know there was research “in favor of homosexuality,” but screw it, I’m ditching my family and finding myself a new gay one. Because science!

Anyone who’s done two seconds of research knows Regnerus’ study was deeply flawed, and that subsequent studies into the topics never found that gay families do worse than straight ones. If they face any struggle at all, it’s due to Christians harassing them.

Morris is especially frustrated with Christians who don’t hate gay people as much as he does.

I’m thinking mainly here of average Christians whose unspoken moral maxim in life is to “be nice”… They’re not blue-haired, never-shave-my-pits social justice warriors. They love Jesus, and they love people. But the moment someone comes into their life and says, “I’m gay, and unless you affirm that, you hate me,” they crumble… Like children, they lack the ethical or intellectual resources to take a moral stance that will get them called hateful.

… We have to teach them, when the time comes, how to cheerfully play the villain.

Got that, Christians with shaved armpits? Stop being nice. Tell gay people their families are worthless, and their children will suffer, and they’re all abominations. You may even want to get signs saying God hates them. If it sounds like a lot of work, don’t worry. There’s a church that will gladly welcome you and give you those signs for free.

I guess Morris deserves some credit for acknowledging that bigoted Christians are villains. I’ve been saying that forever. Nice to know they finally accept it.

Look: If your faith is threatened by a cartoon featuring family members who love each other, maybe you should search for a better one. The one you have right now is just preaching bigotry in the name of Christ.

Unless more Christians speak out against this kind of hate and stop treating homosexuality as some sort of disease that only Jesus can cure, people like Morris will continue defining the faith for them. 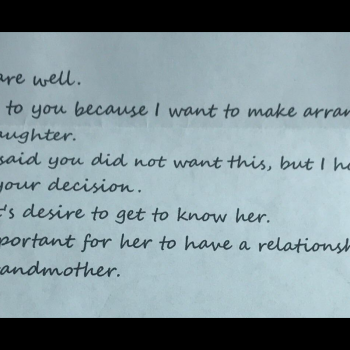 August 13, 2017
Would You Let Your Religious Mom, Who Shunned You Decades Ago, Meet Your Kid?
Next Post 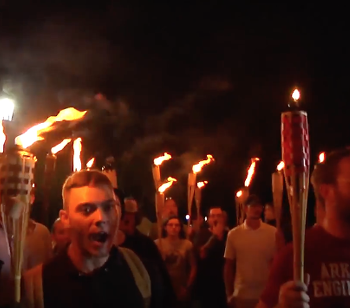 August 13, 2017 I'm Christian, But I Can't Ignore My Faith's Role in the White Supremacist Rally
Browse Our Archives
What Are Your Thoughts?leave a comment