The Lightning Strike That Hit Our Church Was “Pretty Miraculous,” Says Pastor

Last weekend, a nasty tornado hit parts of Oklahoma, hitting Holy Apostles Orthodox Christian Church near Tulsa. While the building is still standing, lightning hit a part of the cross on the roof and damaged part of a painting on the ceiling.

Sounds like God’s sending a message to them… or, you know, a coincidence. But leave it to the pastor, Rev. Ambrose Arrington, to claim this was something miraculous. That’s because the lightning strike directly hit the word “death” in the ceiling painting. 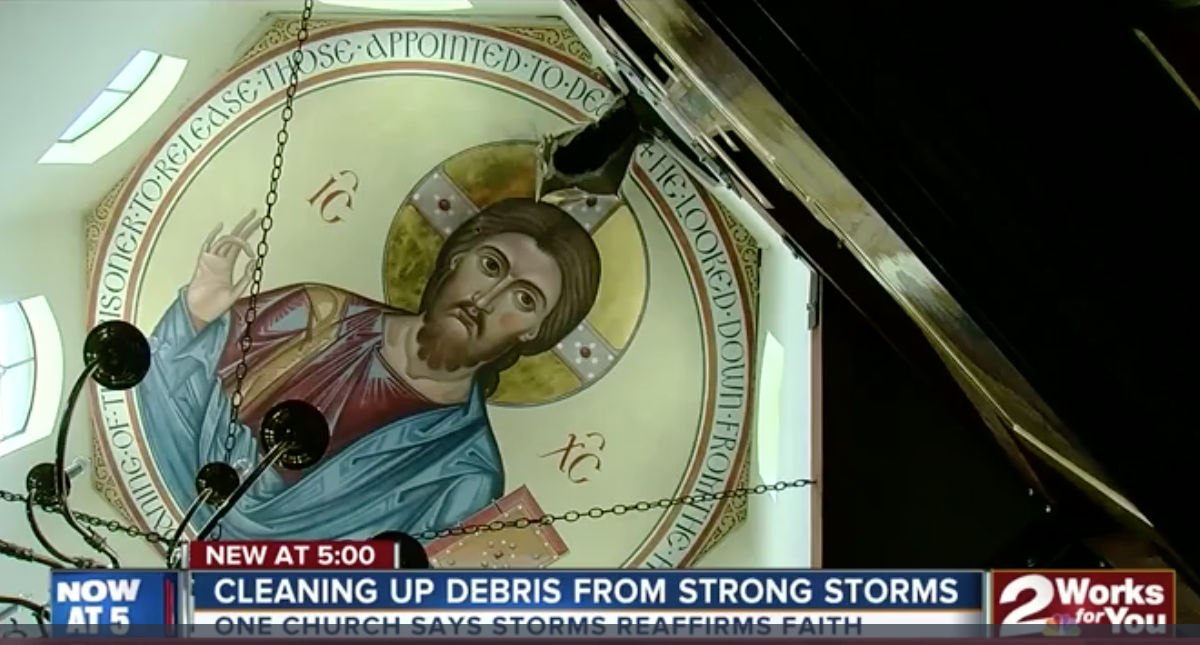 On the church’s website, this is how the miracle was explained:

The best we can determine, the lighting struck the cross on the cupola dome, came into the building’s structure, blew a hole in the cupola ceiling right above the face of Christ on the icon, and then left the building and found the ground.

Amazingly, the lightning bolt did not cause a fire, did not damage any other items in the church or the face of Christ on the icon and, even more astonishing, destroyed the word death on the icon.

Is it a miracle and reminder to us of Christ’s victory over death?

No. No it’s not. It’s just a lightning strike. And the fact that it hit the letters “ATH” means nothing.

You would think their God would have a better way of letting them know He cares than by destroying a part of the building. Why not guide the lightning to a completely different location? Or was that not an option?

Arrington told the Tulsa World that he understands people may be skeptical of his conclusion:

“People that don’t believe are happy to write it off as a coincidence, but for us there seems to be something more to it,” Arrington said.

No kidding. Religious people always look for hidden meanings in places where none exist. It’s an odd way to convince people God is looking out for them.

(Screenshot via KJRH. Thanks to @KaputRose for the link) 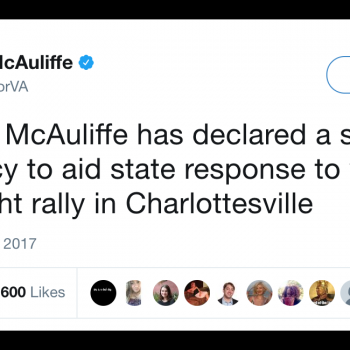 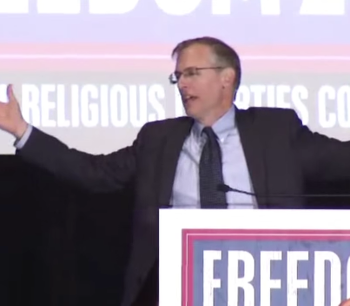