Christian Pastor: I’m Not Worried About North Korea Because Trump Listens to God

Are you scared about what Donald Trump may or may not do about North Korea? Well, this won’t help lower your blood pressure.

Pastor Rick Joyner, the head of MorningStar Ministries, who already thinks God will smite anyone who comes after the President, now says we shouldn’t worry about nuclear war because Trump is “really open to words from the Lord.” 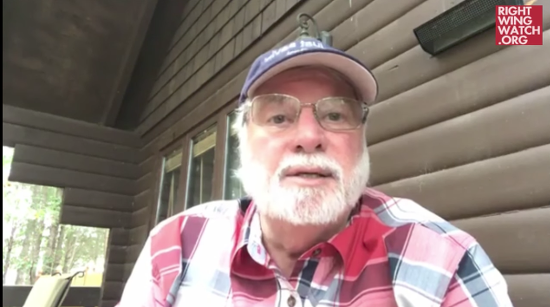 “I have no fear either way because our destiny as a nation is unfolding,” he said. “Even if we were to suffer a major attack, a huge loss of one of our major cities or something like that that really is possible, we’re going to roll on and we’re going to fulfill our purpose.”

“I talk to a lot to people who are close to the president and can get words to him, and he is really open to words from the Lord,” Joyner continued. “I think he discerns words from the Lord better than most Christians do. I’ve been in meetings with him where I could feel the anointing on somebody speaking and I’d watch him perk up.”

“We have the most evangelical cabinet in U.S. history,” said Joyner as he sought to assure his viewers that there is no need to be alarmed about the threat from North Korea because “God can get to [Trump]” through all the “sound Christians” and “godly people around him right now.”

All of this is especially frightening since Pastor Robert Jeffress just said the other day that “God has given Trump authority to take out Kim Jong-Un.”

So one pastor says God is telling Trump to go to war with North Korea, and another pastor says Trump is open to whatever the Lord says, and all the people who are supposed to give him sound advice also think God speaks to them. Ignorance at the highest levels of government is already dangerous, but religion is just throwing gasoline on the fire.

It shouldn’t be asking too much to have a President who doesn’t give a damn about what he thinks God is saying to him and actually listens to the military experts all around him. But this is Trump, a man so devoutly Christian he can’t even tell you whether he likes the Old or New Testament more.

That’s the guy with the ability to launch nukes. And he’s getting advice from Christians who can’t wait for the end of the world because they think it means Jesus is coming back. 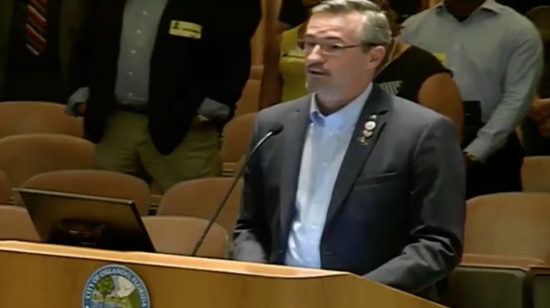 August 9, 2017
Secular Invocation in Orlando Gives Thanks to the "Thankless"
Next Post 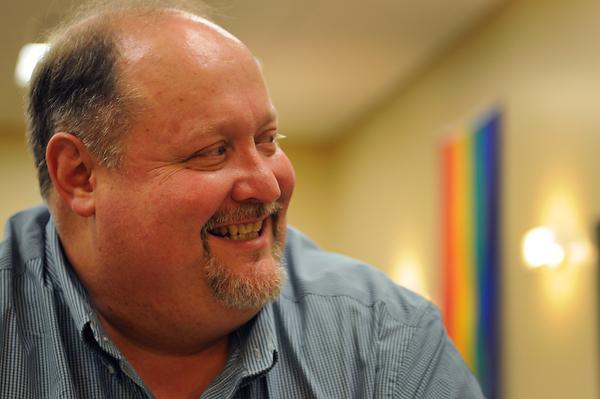