Virginia Courthouse Will Cover Up Religious Phrase Found During Renovation

The Nelson County Courthouse in Virginia, which was built in 1810, was in dire need of renovations. That’s why local officials, in 2015, agreed to a $5 million renovation. When workers began chipping away at old paint, they uncovered words that had been placed there several decades ago (perhaps in the 1940s): “Virtus — Keep God’s Commandments — Veritas.” 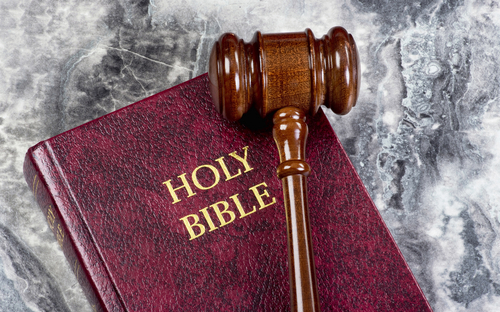 It raised the question of whether the lettering should stay because it had historical value or whether it should be covered up because it’s promotion of religion. There wasn’t any threat of a lawsuit just yet, but it was entirely possible. There’s no non-religious justification for that phrase. So local officials had to decide if this was worth defending.

The Nelson County Board of Supervisors finally put the issue to rest yesterday, voting 4-1 to cover up the religious words. Chairman Tommy Harvey was one of the supervisors who reluctantly agreed to vote with the majority.

Harvey took a practical approach to his vote, saying his gut prefers to keep the lettering uncovered, but he had to weigh the potential for the county to spend thousands on lawsuits if the lettering is challenged.

“I am not willing to potentially spend hundreds of thousands of dollars of this county’s money, of the money of the citizens, on litigation,” Harvey said.

That right there is the power of church/state separation groups who understand the law. The officials didn’t want to fight them in court and risk losing.

To be sure, the cover is temporary. It means court can be in session without drama while elected officials buy time to figure out their next move. But if they choose to uncover the religious phrase, you can bet a lawsuit is forthcoming.

There were some Christians at the meeting yesterday who said the renovation was all about “historical preservation” and covering up the religious wording seemed hypocritical. But that’s a horrible argument. You can’t just etch religious (or explicitly non-religious wording) into a government building, hope no one notices, and later declare it “tradition” and therefore immune from legal consequences.

Unless we’re now declaring the Bible more important than the Constitution in a court of law, there’s no reason to uncover the religious phrase.

Incidentally, when I first wrote about this story months ago, three of the five county supervisors were in favor of letting the Christian words remain uncovered. Two of them ended up flipping their votes. That’s a good sign.

Now they need to make the change permanent. 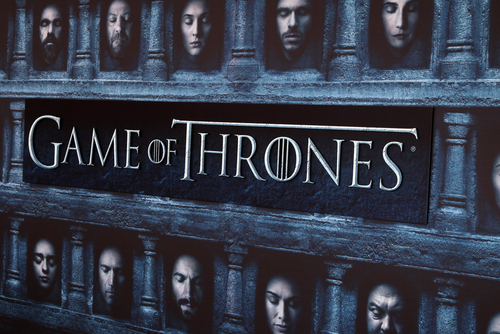