Today marks the release of Richard Dawkins‘ latest book, Science in the Soul. It’s a collection of essays dealing with science, religion, and nature, and anyone who’s been a longtime fan knows that his longer essays on these topics are just fantastic.

It also gave him the opportunity to talk to conservative Laura Ingraham last night when she filled in for Tucker Carlson on Fox News.

As anyone could have predicted, Ingraham spent virtually no time asking about the book and a lot of time discussing his deplatforming from an event hosted by a radio station in Berkeley, California due to his supposedly “abusive” and “hurtful” criticism of Islam. 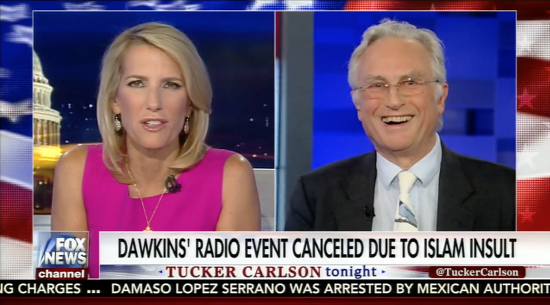 … I’m an equal opportunity religion basher. I’ve been criticizing all religion — mostly Christianity — for years. And you can do that as much as you’d like with the Regressive Left. As soon as you criticize any aspect of Islam, they come down on you like a ton of bricks. Why they have this double standard is a big mystery.

When Ingraham asked Dawkins why that was the case, he offered this theory:

I don’t know why this is. I mean, I don’t think that they’re frightened of getting their heads [cut] off if they let me on. I think, more probably, they mistakenly think that Islam is a race, and therefore, they think that anybody who criticizes Islam must in some sense be racist. I mean, it’s bizarre but I believe that must be at least a subconscious motif.

I would also point out that some liberals conflate fair criticism of Islam with the kind of anti-Muslim bigotry we’re seeing right now from Donald Trump and his administration. There’s no doubt American Muslims have it rough right now, and criticizing their faith, when they have little political power to go with it, may seem like adding insult to injury. For Dawkins, who gleefully calls himself an “equal opportunity religion basher,” their current plight is no reason to withhold criticism of their beliefs.

It’s never a good sign when the far right and the proud left have something in common, but criticizing Islam the same way you would any other idea seems to bring together people who may not agree on much else. So at least on this issue, they bonded.

At least before Ingraham told Dawkins she’d pray for him. 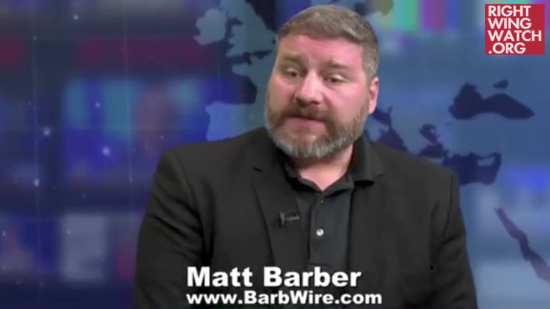 August 7, 2017
Christian Activists: It's "Unconscionable" That Gay Couples Can Adopt Children
Next Post 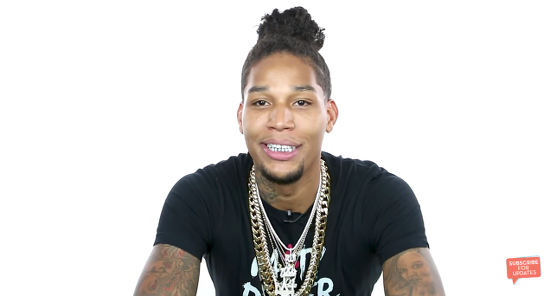 August 8, 2017 Rapper Who Once Said "God Made Me Bulletproof" Dies in Shooting
Browse Our Archives
What Are Your Thoughts?leave a comment