I know, I know. It’s two Ken Ham tweets in one day. I swear I’ll post more substantive stuff in a bit. But seriously, this is a stretch, even for a man whose museum features humans playing with dinosaurs.

Ham’s angry (this time) because Parade magazine put Bill Nye on its latest cover with two “whiz kids” for a story about the upcoming solar eclipse. They shouldn’t have done that, Ham says, because Nye “is not kid friendly.” 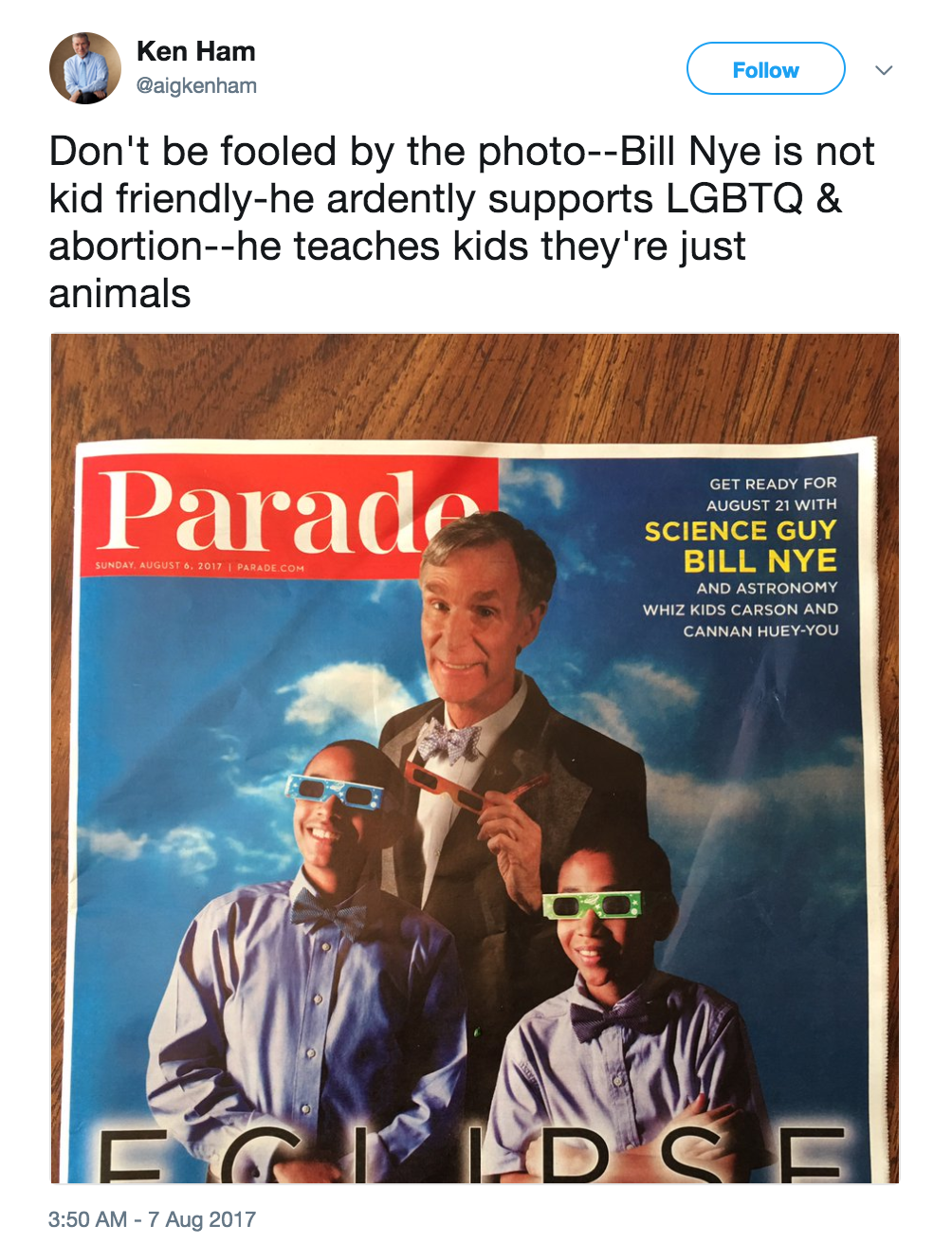 1) Nye’s career has been dedicated to teaching children about the wonders of science. There’s nothing kid-unfriendly about him.

2) I’m not sure how supporting civil rights and bodily autonomy is bad for children.

3) We are animals. What’s the problem with that? What’s wrong with Creationists that they get so offended by that statement of fact?

4) How could anyone be “fooled” by the photo? There’s nothing inaccurate about it, and therefore nothing to be “fooled” by. Even if we accepted Ham’s terms, it’s not like Parade said, “Listen to Bill Nye because he’s kid friendly!” Does Ham think the eclipse is fake?

5) Ham’s probably just upset that, after their infamous evolution debate, Nye has been riding a wave of popularity that includes an Emmy-nominated Netflix show, a book, this cover, and a number of interviews in the mainstream press. His reputation is better than ever. Ham, on the other hand, is still considered a joke because he spends his time trying to convince children that legitimate science is fake and they ought to just accept the first few pages of the Bible as literally true.

Imagine how much contempt Ken Ham must have for science that a magazine cover about the solar eclipse sets him off this much. 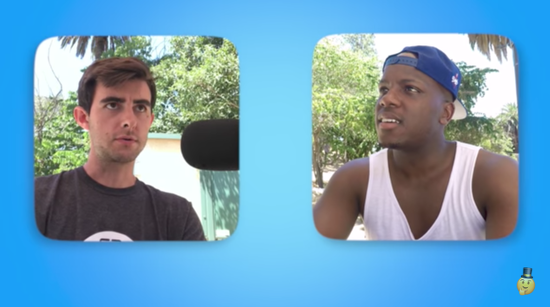 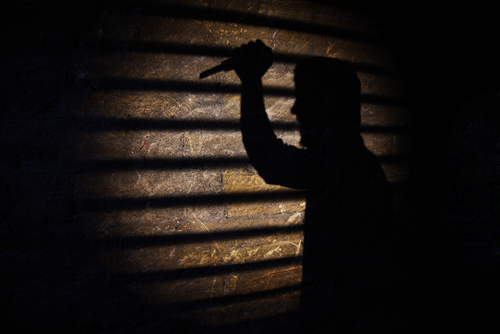 August 7, 2017 Even Atheists Think Atheists Are More Likely to Be Serial Killers, Says Study
Browse Our Archives
What Are Your Thoughts?leave a comment