It’s what you’ve always dreamed of: An ad for Ark Encounter… by a Donald Trump impersonator. Because the way to sell tickets for an attraction full of lies is with the help of a man who can’t stop spouting them. (In the name of Jesus, of course.) 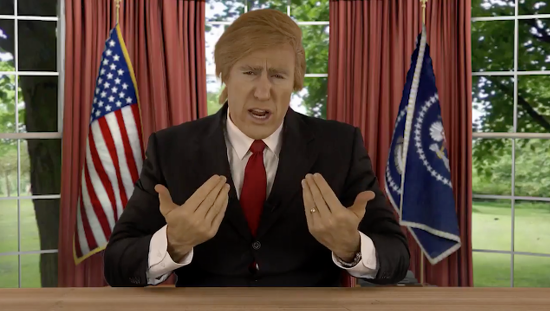 Now last year, two great things happened. I became the President, and it was also the launch of Ark Encounter. Believe me, you have to see this Ark. It’s YUGE.

It’s like someone at Answers in Genesis asked himself, “How could I take the things that infuriate everyone outside our bubble and put them into one video?” Who was this ad even meant for? How large is the group of people who weren’t visiting the Ark but might be persuaded to do so by Trump?

The impression is a little off, too. There’s no way the real Trump would know anything about Nehemiah. Or even be able to say it.

If the actor seems familiar at all, he appeared in Ray Comfort‘s anti-gay movie Audacity. 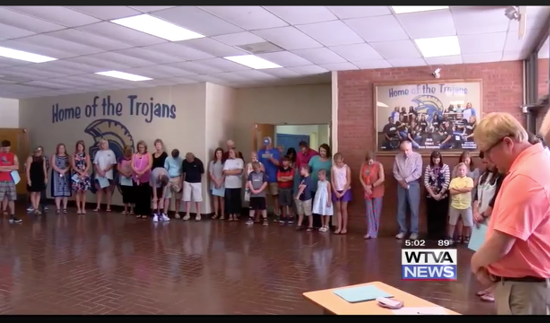 July 31, 2017 Atheists Ask Supreme Court to Rule on Whether School Board Prayers Are Legal
Browse Our Archives
What Are Your Thoughts?leave a comment