Pensacola Taxpayers Have Spent Over $130,000 (So Far) To Defend Giant Cross

For years now, atheists have been fighting to remove a giant Christian cross from Bayview Park in Pensacola, Florida. A U.S. District Judge ruled in favor of the atheists this past June, but the city has appealed the decision.

The Pensacola News Journal is now reporting how much money this idiotic fight has cost local taxpayers (so far): $131,801.75.

The city spent at least $131,801.75 from the time it was sued in May 2016 to June 2017, when Judge Roger Vinson ordered the cross removed from the city park, according to documents the News Journal obtained through a public records request.

The key point is that the amount is only going up. Pensacola officials are fighting an appeal they will almost certainly lose.

They could’ve removed the cross for virtually nothing. They had plenty of warnings in advance. The lawsuit was a last resort. I don’t know whether it was bad legal advice or faith-based stubbornness, but they chose to fight a battle despite all the precedent being on the other side. It’s absolutely irresponsible. If I were a taxpayer there, I’d be furious.

It’s important to remember that while the Becket Fund for Religious Liberty is defending the city for free, a loss in court still means taxpayers will have to foot the bill for the atheists’ lawyers.

That means all the money spent so far has been for the city’s own lawyers before the Becket folks stepped in.

The Miami-based Allen, Norton & Blue law firm represented the city for the first three months of the case as it was handling other legal issues for the city. The law firm billed the city $2,236.75 for its work. It withdrew from the case in July 2016.

The cost is only going to go up after they lose. If they were smart, they’d stop fighting this battle now.

Then again, if they were smart, they would’ve done what the atheists requested a long time ago. 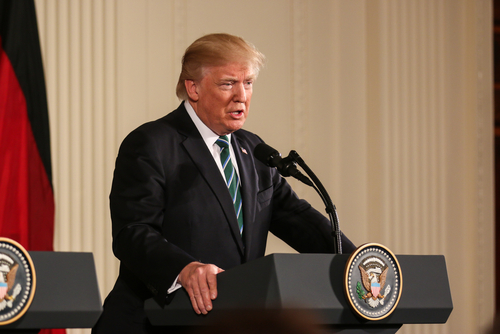 July 28, 2017
Atheist Groups Condemn Donald Trump for Lack of Outreach to Their Communities
Next Post